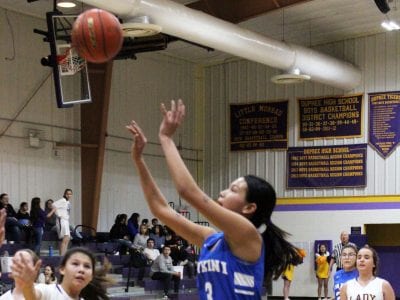 The Dupree Tigers and the Takini Skyhawks had a showdown in Tigers turf on Tuesday, January 21. The Tigers were unstoppable as they handed the Lady Skyhawks a 100-27 loss. 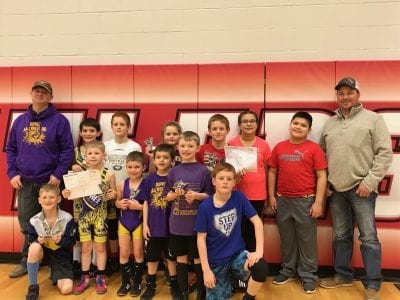 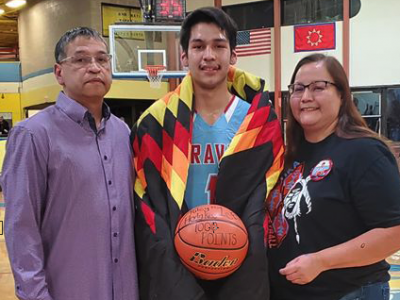 Senior Brave Riley Hodgkiss scored his 1000th point at the Cheyenne-Eagle Butte Braves vs. Little Wound Wound Mustangs game on Saturday, January 25. Hodgkiss was presented with a star quilt from his parents Terry and Yvonne Hodgkiss. 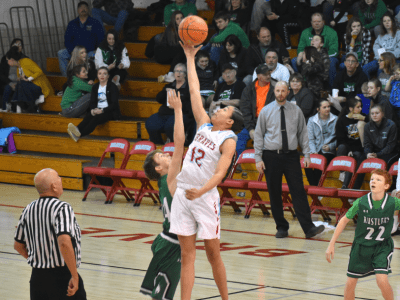 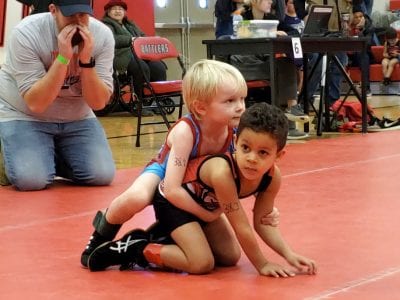 The Eagle Butte Youth Wrestling Club traveled to Gettysburg on Sunday, January 18, 2020 and competed against 17 other clubs at the Gettysburg AAU Tournament. The following are results for each wrestler: Benjamin Rackard placed 3rd in the Tots 30-34 division •Round 2 – Landon Harer (Gettysburg) won by fall over Benjamin Rackard (Eagle Butte Youth Wrestling) (Fall 0:22) •Round […] 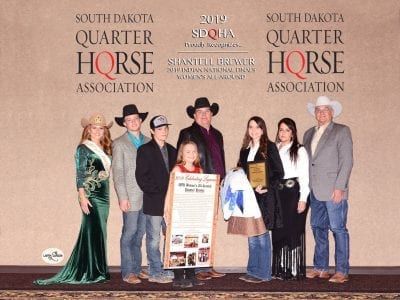 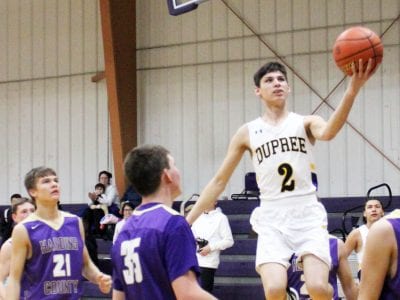 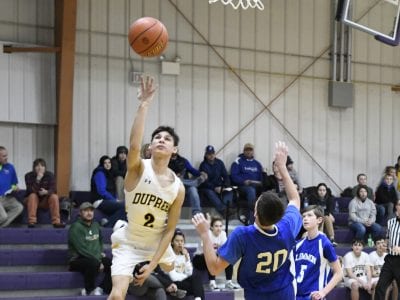 Tigers vs. Cowboys showdown in Lemmon

The Dupree boys’ teams traveled to Lemmon to face off against the Cowboys on Thursday, January 16. The Tigers clashed with the Cowboys in three divisions: junior high, junior varsity and varsity. The junior high school team was successful in their game, claiming victory with a final score of 33-27. The JV boys were also victorious, scoring 45 points to […] 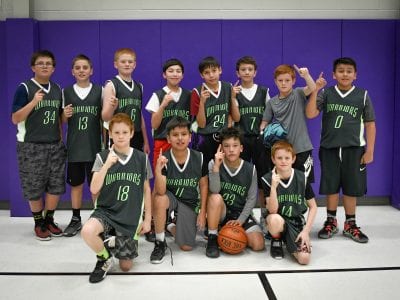 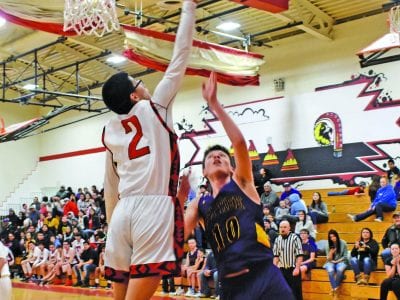 Tiospaye Topa Thunderhawks hosted the Dupree Tigers on Friday, January 10 in the TTS “Thunderdome”. The Thunderhawks boys varsity team are on fire and had just won their game over the Wakpala Sioux the night before, 61-48. Just two days before, they hosted the Bison Cardinals and won in a landslide, 83-19. The only losses this season for the Thunderhawks was […]