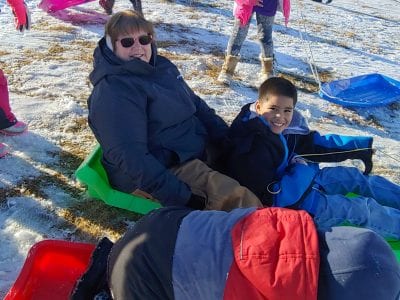 100 compliments celebration in the snow!

Mrs. Willison’s third grade class earned 100 compliments. The compliments are earned by following the rules in the classroom, hallways, specials, and perfect attendance.

Happy Holidays! Happy Holidays to the West River Eagle and everyone who have read our articles. It has been a pleasure to write stories for the newspaper and actually see them in the paper. We hope you have a wonderful Christmas and a Happy New Year. From all the Upper Elementary Newspaper Club. By Alex Walters, Abrielle RedDog, and Hope […] 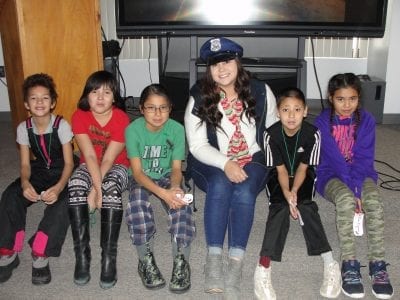 The Polar Express visited the 3rd grade and those students who made a 5 point gain in reading and math on the NWEA Test were invited to board. Passengers were able to bring, a blanket, a pillow, stuffed animal and wear pajamas. A stop at the depot allowed passengers to enjoy cookies and chocolate milk. It was an enjoyable trip! 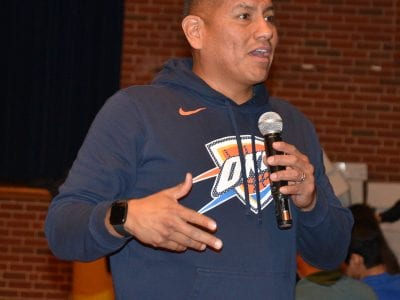 Junior high and high school students attended a speaking event on Monday sponsored by the Four Bands Community Fund. Chance Rush and Emcee One shared their inspirational stories as entrepreneurs who took a passion and made it a reality by paying attention to the details around them. Emcee One told the students that what they put into the world is […] 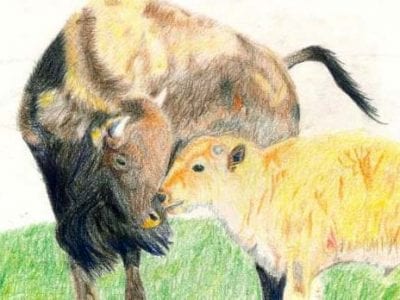 Maria High Elk, a student at Dupree High School, had her art entry win first place in the InterTribal Buffalo Council Art and Essay Contest.  Of just over 30 entries, some of which were DHS students that Mrs. Gnene Fordyce worked with through her high school English classes and then submitted their work, High Elk’s piece took first place and […] 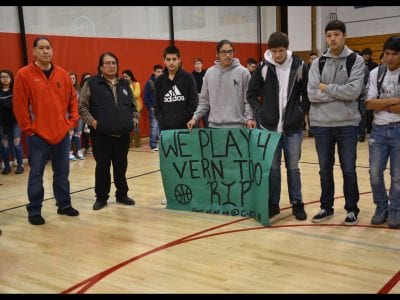 A small group of Cheyenne-Eagle Butte students met with High School Principal Mrs. Hall and requested the school have a brief memorial for the Dupree freshman student, Vern Mexican, who passed away in practice on the basketball court last week. Emanuel Red Bear lead the school’s staff and student body in prayer with the varsity basketball players creating a center […] 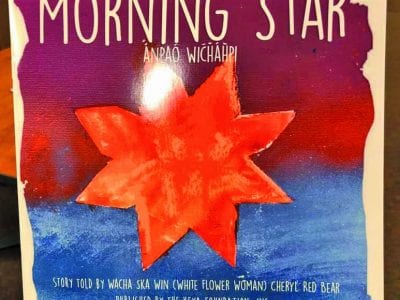 The Keya Foundation recently received a grant from Running Strong to produce books on Cheyenne River. The Foundation helped coordinate and find an elder to share a story with a group of children, who them illustrated the story for the book. Eagle Butte resident and elder Cheryl Red Bear (Wacha Ska Win/White Flower Woman) shared the traditional Lakota story of […]

A new twist on Peter Pan

Each year, the Missoula Children’s Theatre works with Cheyenne-Eagle Butte Schools to bring to life playscripts through acting, song and dance. This year, a cast of over 40 C-EB students performed the play, Peter and Wendy, which is an adaptation of Peter Pan. The story follows beloved characters Peter Pan, Tinker Bell, Wendy, John, Michael, Nana, the Lost Boys, Captain […] 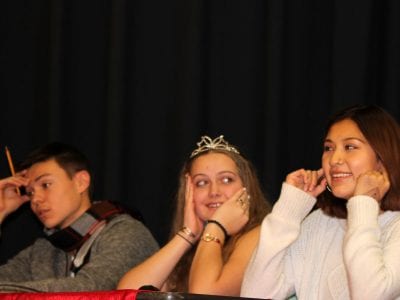 Most people love a great variety show because there’s a little something for everyone to enjoy, and on Friday, November 22, Joseph Robinette’s “The Great American Talent Show” did not disappoint. The play, which is a parody of popular TV talent shows, featured acts and three self-important judges tasked with choosing the next great talent. The cast was comprised of […]