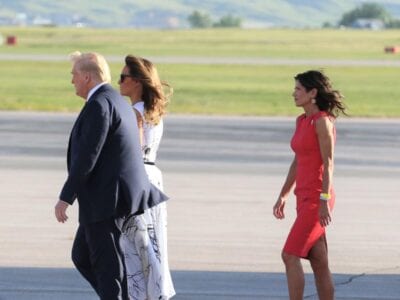 Shortly after fireworks display above Mount Rushmore on Friday, Gov. Kristi Noem accompanied President Trump aboard Air Force One despite having had close contact with Donald Trump Jr.’s girlfriend, Kimberly Guilfoyle, the day before.  Guilfoyle, a top fundraiser for the Trump campaign, tested positive for coronavirus in South Dakota before she was set to attend the fireworks display at Mount Rushmore. The […]

CRST Chairman Harold Frazier announced that there are 15 new cases of COVID-19 on the Cheyenne River Sioux Tribe reservation. The new positive cases were discovered today, which brings the total number of positive cases to 27, according to the tribal leader. With the drastic rise in cases, the chairman stated that the Tribe would be moving to Level 4 […]

In advance of President Trump’s visit to South Dakota for a July 3 fireworks event at Mount Rushmore, the Cheyenne River, Oglala, and Rosebud Sioux Tribes are telling his administration to respect tribal sovereignty. The event, which could draw large crowds, is planned just as COVID-19 cases rose to their highest levels since the outbreak began in the U.S. The […]

A suit was filed in Federal court in Washington, DC, on June 23 on behalf of the Cheyenne River Sioux Tribe against members of the federal government. The suit names Donald Trump in his official capacity as President of the United States, along with members of the White House, Department of the Interior and Bureau of Indian Affairs. Other notable […] 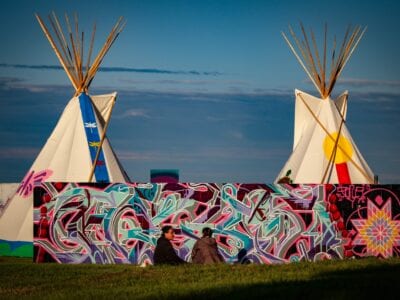 CRYP will host a special edition of RedCan in August

The Cheyenne River Youth Project announced that it will host a special edition of its annual RedCan invitational graffiti jam this summer. Scheduled for Aug. 12-15, RedCan will incorporate an innovative virtual component as well as a variety of youth art activities at CRYP’s Waniyetu Wowapi (Winter Count) Art Park. In mid-May, CRYP postponed its 6th annual RedCan event due […] 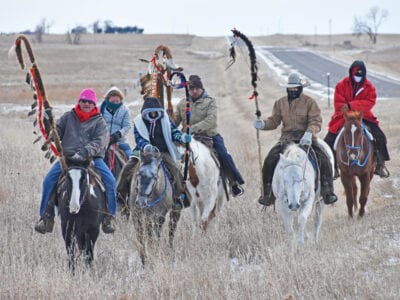 Beginning July 6 the Sunkwanka Agli Horsemanship Riders will make their way to all Cheyenne River Sioux Tribe public health checkpoints. The two-week journey is in support of tribal border security and to bring alcohol, drugs and suicide awareness. Here is a tentative schedule of the ride: July 6: Bridger checkpoint to Takini checkpoint July 7: Takini checkpoint to Red […]

Editor’s note: This article is the second of three parts of a special report by South Dakota News Watch called “Small Towns, Big Challenges.” See the entire series at sdnewswatch.org. The COVID-19 pandemic has placed a significant and unexpected financial burden on rural health-care providers who were already struggling to maintain hospitals and clinics that help keep small-town residents — […]