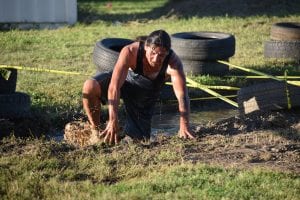 EAGLE PHOTO BY JODY RUST Terry Phillips, at age 55, was the oldest participant in the Ohitika Challenge. 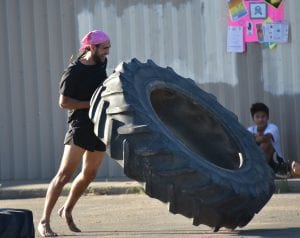 EAGLE PHOTO BY JODY RUST Chalmer Combellick, a Wildlife Biologist who works at CRST Game, Fish, & Parks, flips the largest tire in the Ohitika Challenge held Wednesday evening. The challenge consisted of an obtacle course that began with about a 100 to 150 meter run, a tire flip, high knees through tires, dead lifts, squats, jumps, and a crawl through a stretch of muddy ditches varying in depth. Participants on average took approximately five minutes or less to complete the challenge and a large crowd gathered to cheer on the participants, whose ages ranged from 13 to 55. 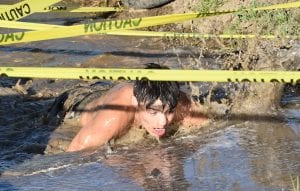 EAGLE PHOTO BY JODY RUST Spencer Moran army crawls through the mud pits of the Ohitika Challenge. Moran took first in his division. 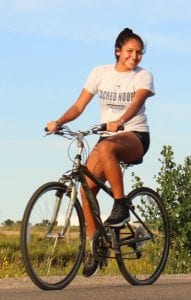 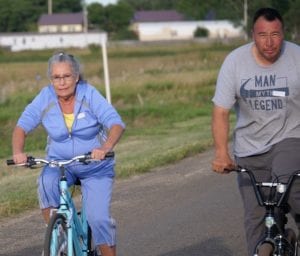 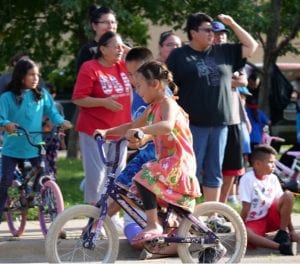 EAGLE PHOTO BY SETH BRINGS PLENTY Young bikers not only received assistance from parents and grandparents, they received help from brothers and sisters too. The event offered community members opportunities to support one another. 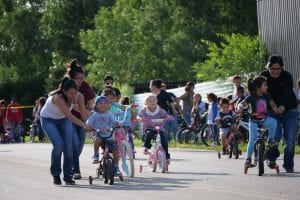 EAGLE PHOTO BY SETH BRINGS PLENTY Adults help guide children on Airport Road in front of the C-EB Upper Elementary School. The youth bike race takes place annually during the CRST Fair. All participants in the bike race were rewarded with a coupon that allowed them to receive a bracelet for unlimited rides at the carnival, which was located next to the Culture Center on HWY 212. 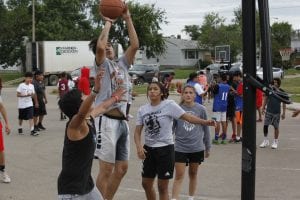 EAGLE PHOTOS BY DARREL EAGLE STAFF Above and below: Teens compete in the three on three basketball tournament held Friday morning. 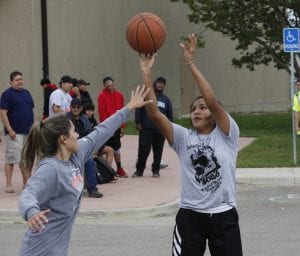