Valentine’s traditions from around the world 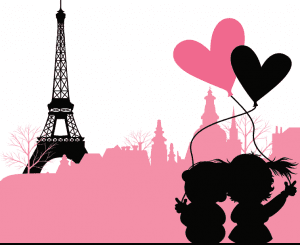 Valentine’s Day is celebrated across the globe. Come Valentine’s Day, candy, flowers and other gifts are exchanged between sweethearts in one of the many traditions associated with the holiday.

The origins of Valentine’s Day are largely unknown. Some suggest Valentine’s Day was initially a way to honor St. Valentine on the anniversary of his death. Others believe it was the Christian church’s way of Christianizing the Pagan celebration of Lupercalia, a fertility festival dedicated to Faunus, the Roman god of agriculture.

Regardless of its origins, Valentine’s Day is now celebrated by millions and is one of the retail industry’s most lucrative shopping holidays.

In South Korea, men get to enjoy the spotlight on Valentine’s Day, as women bestow gifts of chocolate on them. In return, a month later  men reciprocate with gifts for women on White Day. South Koreans take Valentine’s Day a step further on Black Day, which falls on April 14. This is an opportunity for all single people who may not have received Valentine’s Day gifts to gather at restaurants and eat a dish called “black noodles” as they celebrate their singleton status.

These Scandinavian countries didn’t really celebrate Valentine’s Day until recently, but have now put their own spin on the traditions. Men write funny poems or rhyming love notes called Gaekkebrev and send them to women anonymously. Women must try to guess their admirers by counting dots that are put on the note that correspond to the number of letters in the man’s name.

In Estonia, Valentine’s Day is a day more devoted to friendship than romantic love. It is called “Sõbrapäev” in Estonian, which translates to “Friend’s Day.” Cards and gifts are exchanged.

Considered to be one of the most romantic countries in the world, France can be an ideal place to participate in Valentine’s Day traditions. The French have an old custom called “une loterie d’amour,” which is a drawing for love. Single men and women of all ages once entered houses that faced one another and took turns calling out to one another to find romantic matches. The men could refuse the match and leave the woman looking for another man to call on. Women who were not paired up would light a bonfire and damn the men who rejected them. The French government eventually banned the practice because of rowdy crowds.

Italian lovers celebrate Valentine’s Day in much the same way as Americans. One interesting Valentine’s tradition in Italy is locking padlocks to different structures, which is called “Lucchetti dell’Amore (locks of love).” Couples attach the locks to bridges, railings and lamp posts, inscribe their names and throw away the key. The action suggests the couple will be together forever.