One after school activity is the science club which meets every Tuesday from 4:00 pm to 5:30 pm. It’s is open to students from second grade through sixth grade. On November 19, 2016, the students were introduced to little robots called Edison.

This new little robot buddy teaches students about electronics, programming, and robotics. Edison’s are equipped with sensors, resistor, capacitors, transistors, motors, and much more. They can be used separately or joined together to form larger devices.

The students are looking forward to making a sumo wrestling mat, so all the students can put their robots on the mat and see what happens. 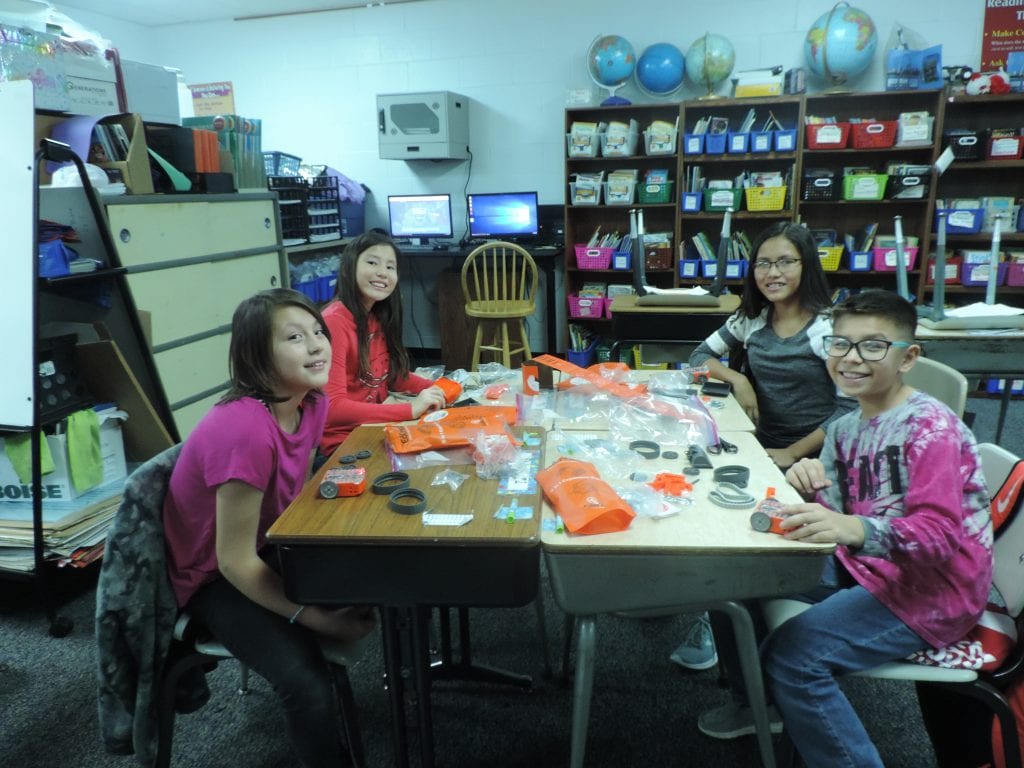 Jessa Garreau and Kerys Kaufman show how to calibrate the robot by running it over a barcode. 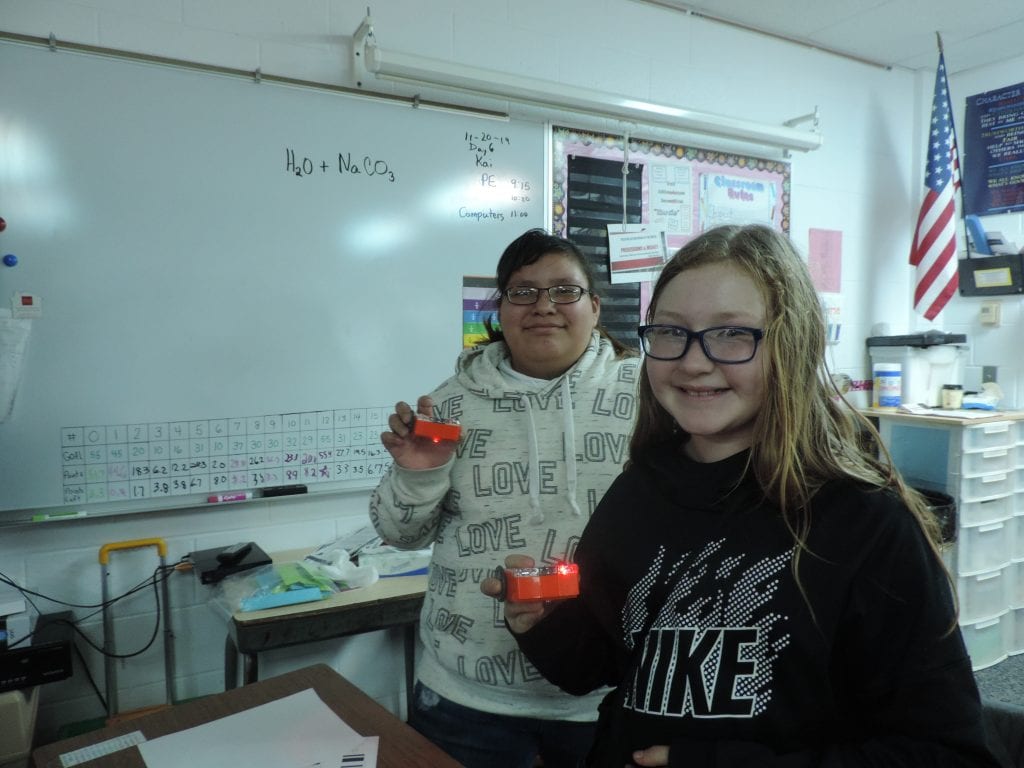 Walking Club had a silent auction during parent teacher conferences last week. Students in Walking Club walk to improve their health. Students who walk regularly receive incentives at the end of the year. Mrs. Garreau and Mrs. Watt organized the auction with various staff providing items to auction. There were items such as baked goods, crochet dolls, paintings and many other wonderful things.

The money raised will be used for the end of the year incentives for the students in Walking Club. Their goal is to raise around $300-$400. They plan on having another fundraiser before Christmas.