Enthusiastic children filled the hallways of the Upper Elementary every evening this week as the Destination Imagination teams were in the final week of preparation and practice before the Regional Tournament in Spearfish on March 7.

The Little Einsteins were busy building a giant rocket as well as little rockets for their Blast off challenge.  In their challenge they had to learn about rockets and space travel. Present a play that tells a story about a trip through space. During their trip something surprising happens. These young children also had to work with puppets and put them in their play. The members of the Little Einsteins are Zachary Anderson, Aurora Anderson, Agustus Ducheneaux, Ayanna Adams, Duane Miner, and Whitney LaPlante. Mrs. Rochelle Schuler is the team manager.

One group spent several weeks building a bridge out of playing cards and duct tape. The bridge had to be in several sections and meet weight requirements. This team also had to develop a play that incorporated the building of the bridge during the play. In addition the bridge had to hold weights. The weight the bridge holds the better score the team will receive at the tournament. The Boujee Champion Cards members are Julietta Skinner, January Lee, Angelica Meeter, Miley Janis, Rhondee Ganji, Miguel LaSalle, and Eli Miner. Mr. Andrew Schuler and Ms. Desa Cadwell are the team managers of the In The Cards challenge.

Mrs. Crystal Anderson is the team manager of the Bossy Little Things who are competing in The Big Fix challenge. The members of this team are Rylee Miner, Gabrielle Dupris, Francheska Gonzalos, Natalie Marshall, Khalysia Kelly, Aniyah Adams, and Nona Pay Pay Frazier.

The high school team is managed by Mr. Norman Schuler. His team is participating in the Improvisational challenge called To The Rescue. His team includes Arianna Cerda, Jenna Schad, Mikeyla LaBlanc, Kella Spotted Bear, and Keiley Taylor. Their team name is GOGGLE = “Got a Question? We have the answer.” In this challenge the team gets a few minutes to come up with a skit involving a character with a super power and conundrum. These girls will need to think fast of their feet.

Destination Imagination is a great activity for children. It builds teamwork, imagination, and communication skills. 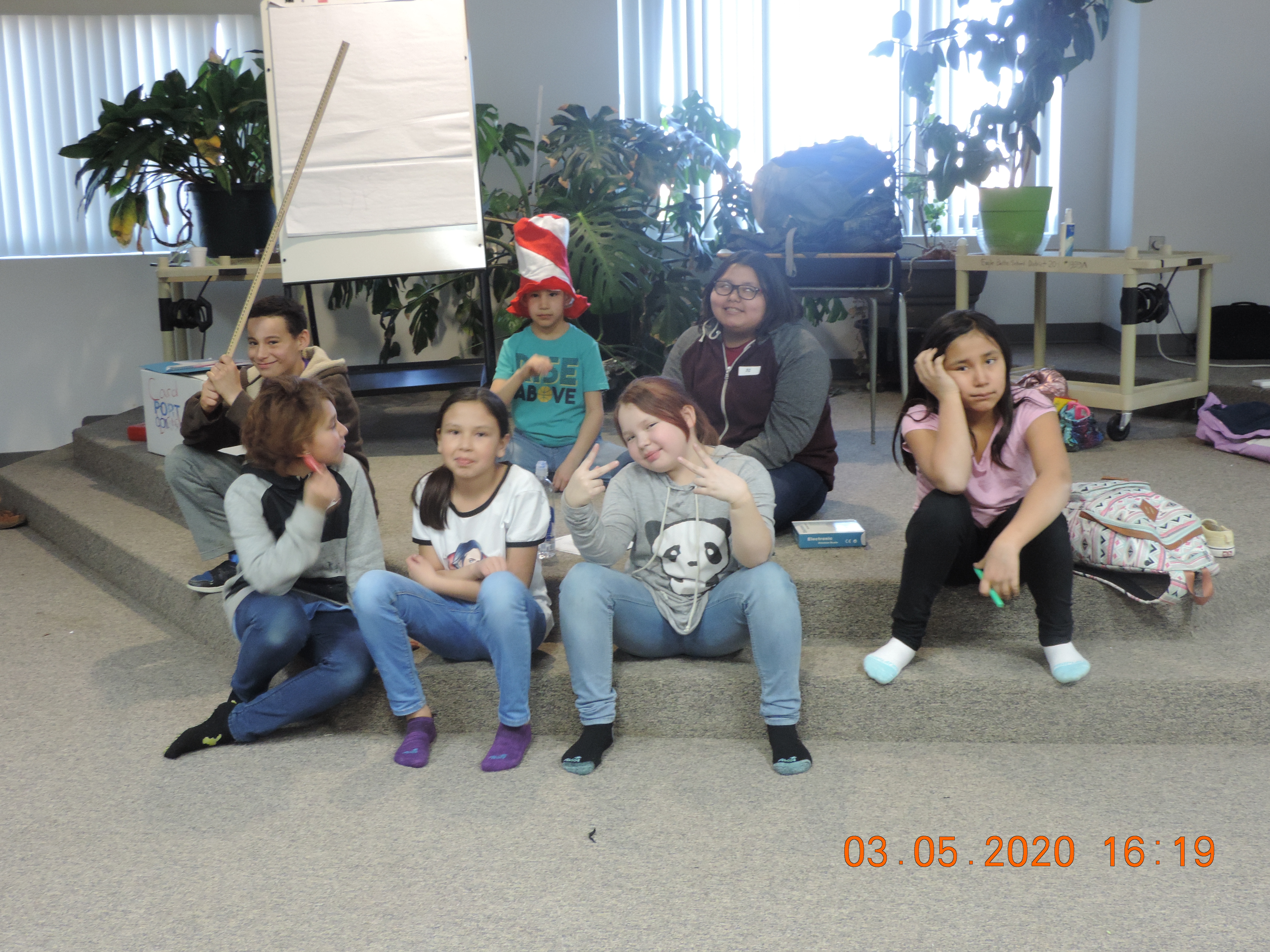 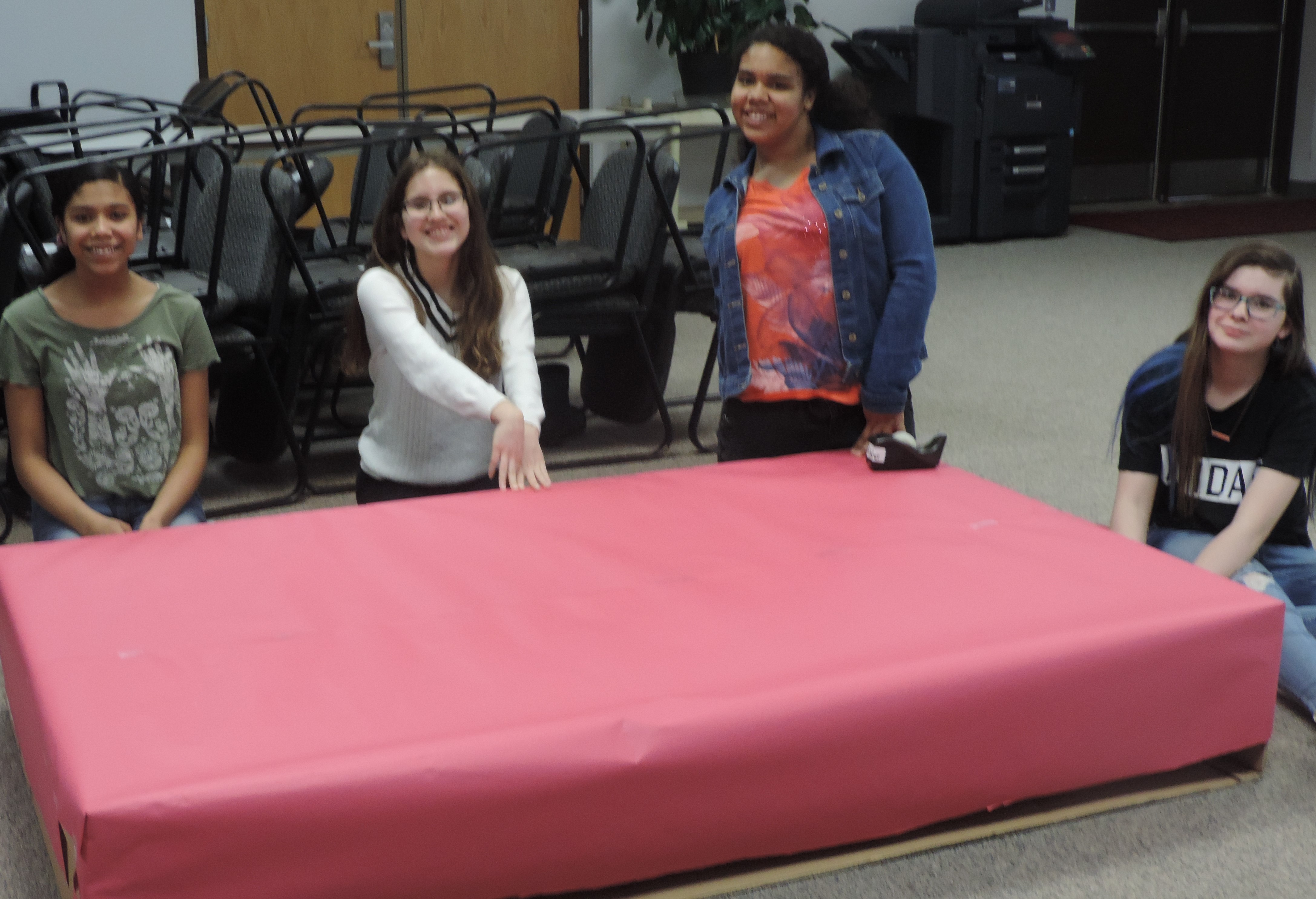 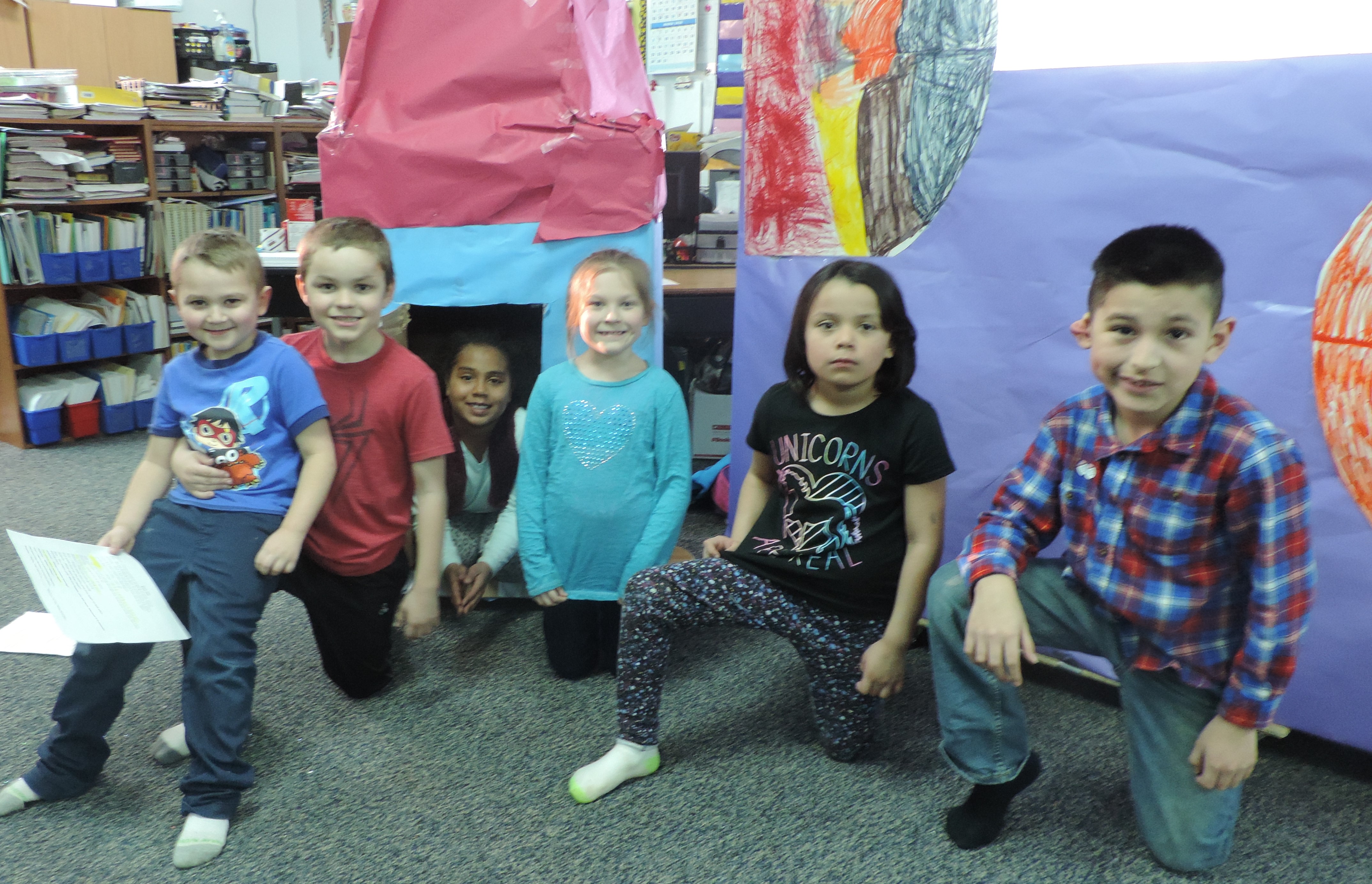 Read Right was also having a Valentines Raffle to earn money for the end of the year prizes for the Walking Club participants. The prize was a big bear. The proud winner of the bear was Brody Garreau, a sixth grade student in Mr. Mendoza’s classroom. Mrs. Garreau and Mrs. Watt would like to thank all of people who bought tickets for the raffle. Your continued support is greatly appreciated! 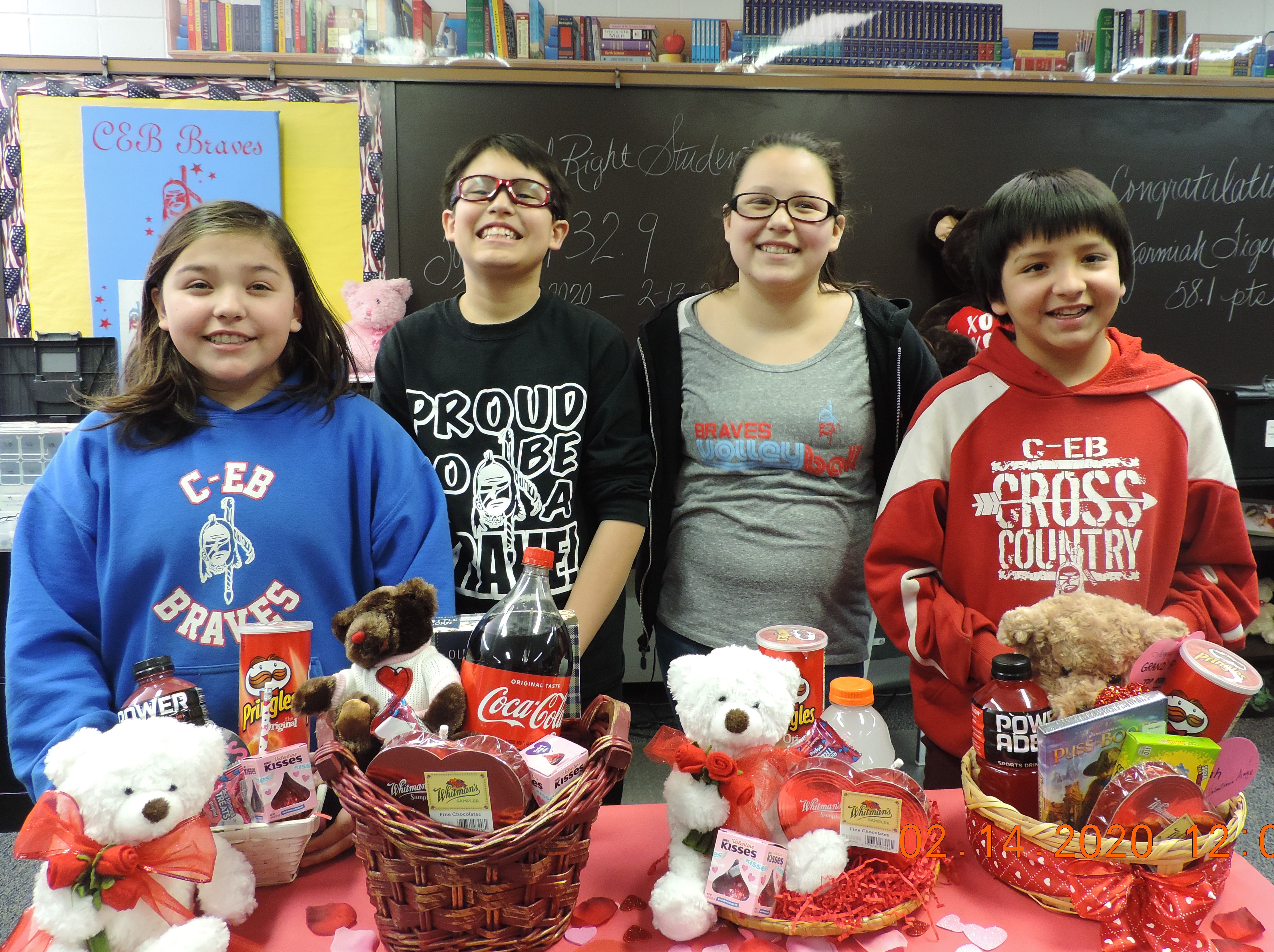 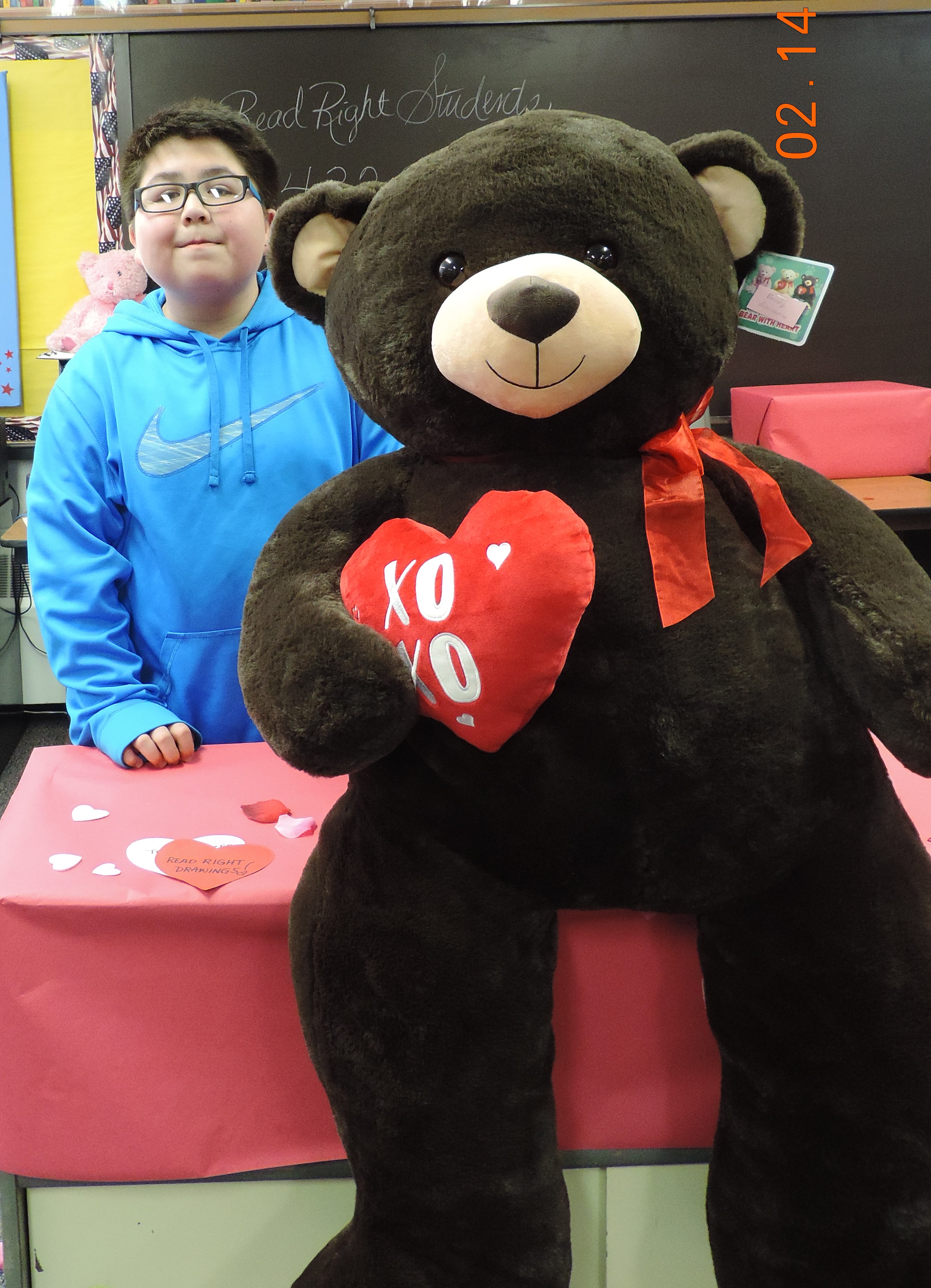 Mr. H wanted to become a teacher because he wanted to learn more about life.  He has been a teacher for 30 years.  Mr. H taught at Takini before coming to C-EB.  His goal in positive action is to concentrate on respect.  The thing he likes about positive action is it’s taught by demonstration.  If he wasn’t a teacher, he would like to be a park ranger.  He grew up in a log cabin in the forests of Montana.  Anything put forth in a positive way is helping his class.  He likes numerous activities.  His favorite student was always Remi Bald Eagle. 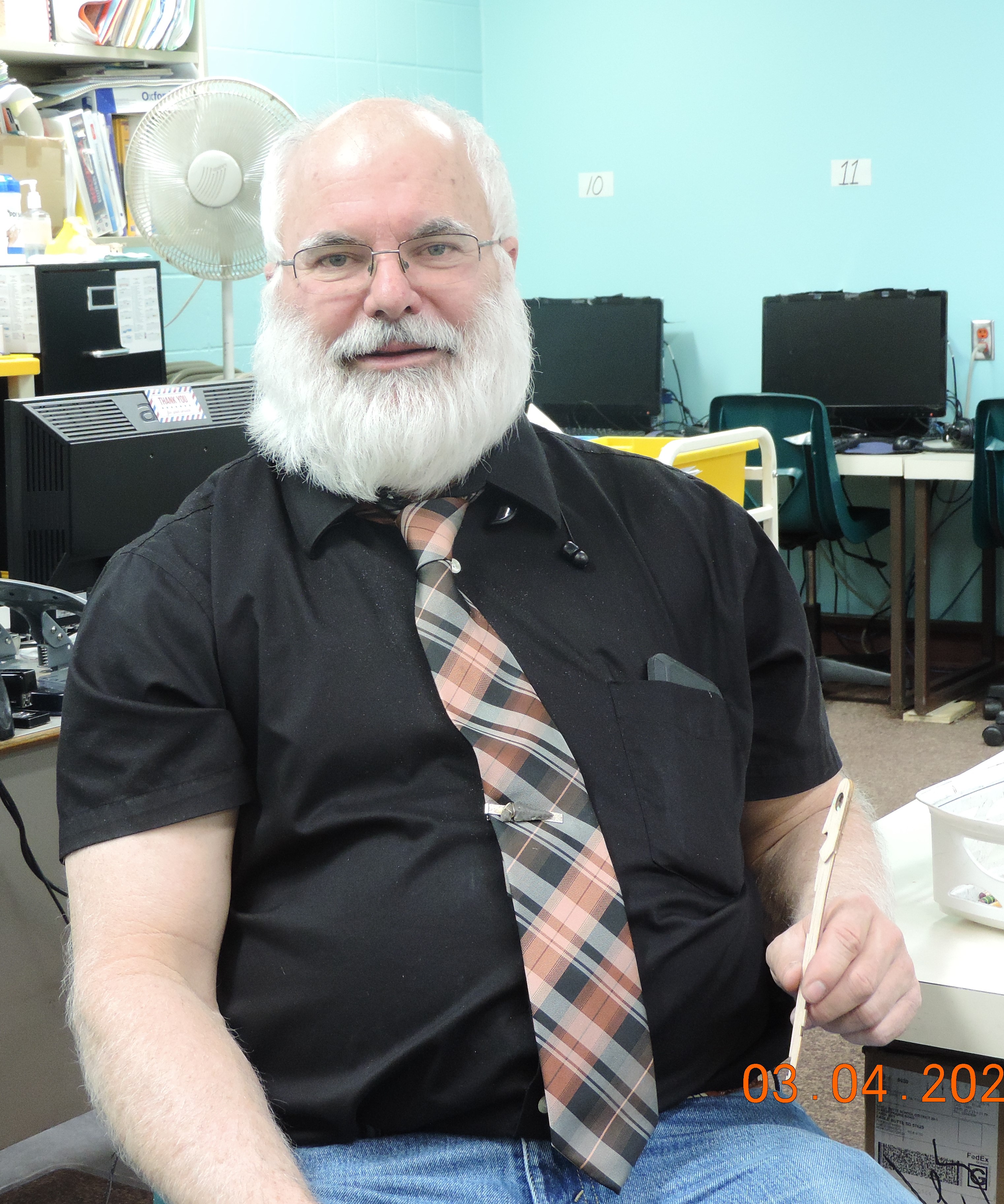 Mrs. Willison wanted to be a teacher ever since she was in the second grade. She likes to help her students. She has been working in the C-EB School system for 37years. Before she worked in Eagle Butte she taught at a country school for 2 years in Minnesota. She taught grades kindergarten through the eighth grade. She can’t imagine not teaching maybe she would work at a bank, if she wasn’t a teacher.

Positive action lessons are helping students with their behavior. The best activities are hands on and the one with music.