Update on fourth week of the South Dakota Legislature 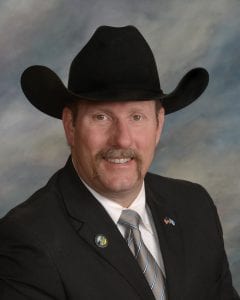 First up, industrial hemp: HB 1008. As many of you know, I’ve been the prime on this bill for the past few years. Well this year, I really think we will pass a bill that will allow South Dakota farmers, ranchers and processors the ability if they so choose to grow, produce and process industrial hemp.

I found it a little funny that after a summer study on this, and after we put a bill together and published the bill, the Governor came out with her guard rails that were already in the committee bill and most of what she argued was in the bill from last year. We did amend the bill to satisfy some of the departments so they may propagate rule-making authority easier. While in the process ,we as committee members, actually came up with a few changes of our own.

So in the end, we are always looking to improve bills if we can right up until the time on the floor. This bill should be heard on the floor early this next week. I will keep you posted.

Another bill that came up on the house floor was HB 1054. It had to do with voter registration in South Dakota. I moved an amendment to allow for the use of tribal IDs at the time of voter registration. Most, not all tribal IDS have or are being replaced as they expire or are renewed with an updated version that has most of the features of federal IDs.

I contacted the Native legislators who are in Pierre to get their take on it, along with Remi Bald Eagle of CRST, and I spoke to the Attorney General Seth Pearman from the Flandreau Sioux Tribe and several others for information and help on drafting this amendment. After a lot of floor debate, I found it frustrating that they wouldn’t allow this at this time.

This is an issue I will continue to push for. Their arguments were not very good as these IDs would follow everything that is in law at this time.

HB 1033 is a bill that I carried to the House Floor for GFP and DENR. HB 1033 has to do with the spread of the zebra mussels in our river and fresh water lakes. They are very invasive and cause huge amounts of damage to infrastructure, like water intake stations, irrigation, and hydroelectric power plants. They have to be removed by hand and it is a very costly and long process. This was a really easy bill for me and many others. We passed it out of the House with only a couple of descending votes.

We also discussed HB 1096- the surrogacy bill. This bill would make it virtually impossible to have surrogacy in the state of SD. The prime on this bill stated that it is the selling of children when you use an agency to contract for a surrogacy child between the woman and the family whom want to do this. Now, let it be known that there is a tremendous amount of work that goes on with this. I’m afraid that they will go after adoption next, for most people hire a lawyer to help in this process or an adoption agency.

So if they are charging for this, then this bill could apply to them also. This bill narrowly passed the House floor and now moves on to the Senate.

We did debate permanent daylight savings time briefly again this year and it was lost on a dead lock vote of 34-33 with 3 absent.

That was the big one that came in front of us this past week, and if I remember correctly, we took up around 65 bills in total on the floor. So the bill count is starting to rise. These next couple of weeks will, as always, get really busy as we are seeing Senate bills come over and Crossover Day is approaching fast.

Some other bills that came before us this week were:

HB. 1060 Revise certain provisions regarding the use of the aeronautics fund.

These are just a few of the bills that I thought some of you may find interesting. Thank you again for the honor and privilege of striving District 28A and the State of SD.