Tribal National Guard to serve the Oyate, war with Iran does not benefit the Lakota nations 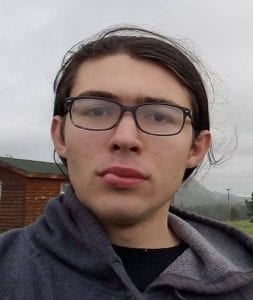 Hau Mitakuyapi. This letter is primarily for Chairman Frazier but also has points for the members of the CRST Council, members of the various school boards across the reservation, and anyone with the ability to make change on this reservation.

I write this to you on January 6, 2020, 143 Years, 6 Months and 12 Days after the Lakota victory at Pezi Sla (The Greasy Grass aka Little Bighorn) and 129 Years and 9 Days after the Massacre at Wounded Knee.

As you know, American Indians serve in the United States military at a higher rate than any other ethnicity in the country. Warriors of the four bands of the Cheyenne River Sioux Tribe have fought in every U.S. war since at least WWI, a mere 27 years after Wounded Knee. At present, the President of the United States is directing the military to prepare for war with Iran while enjoying the comfort of his golf resort in Florida, feeding himself taxpayer dollars.

With the preparation for war comes intensified recruiting efforts that, as previously mentioned, greatly affect our young Native people who, for whatever reasons, be it a chance to escape poverty, patriotism, or our Lakota Ohitika Nagi (Warrior Spirit) will be enticed to fight other people of color on foreign soil for a nation and a president who do not care for them as Lakota people.

I ask you as the elected leader of the Cheyenne River Sioux Tribe to consider the impact of a war with Iran on our Lakota people on our reservation and anywhere they may be. Many of our brave warriors will leave the reservation, never to return, either falling in battle or finding a new place in the world, nonetheless, depriving our reservation community of one more brave soul who could have made a difference. Still, more will come back changed by war with PTSD or without the proper skills to reintegrate into our Lakota society. Many of our returning veterans may fall to the disease of substance abuse or find themselves in a fight on their return and some may even be taken from us by the federal and state criminal justice system upon their return. In all, a war with Iran has little, if no benefit, for the people of our Oyate and lila wóahiŋȟpaye siča (many negative consequences).

I offer a few actions that I believe could have a positive impact on our Oyate. First, I ask that you issue a tribal memorandum in opposition to war with Iran and urge our Mitakuyapi not to volunteer to fight a war for a president and a country that does not care about them. Caution them that if they enlist, they will be used by the president in this ploy for his own political gain that has little to no benefit to our Oyate. Let our people know that a draft is possible and that there are steps to conscientiously object to war on a moral or religious/spiritual basis and that the earlier they voice their objection, the more likely they are to escape the draft. Also, tell our people of the exemptions granted for educational and medical reasons (which the president sending them to war used five times to avoid being drafted into the Vietnam War).

I ask you to say some or all of these things, so our people and the world will know that our Oyate is not a tool to be used by the United States in its endless wars abroad.

Another action I ask you to take is to direct all schools receiving tribal funding to limit the ability of recruiters to deceive our Koskalaka and Wikoskalaka (Youth) into fighting Donald Trump’s war. Here is a link explaining how schools can subvert recruiting tactics of the U.S. military without violating the requirements of the No Child Left Behind Act: www.ncbi.nlm.nih.gov/pmc/articles/PMC3000735/  This also outlines how the U.S. is the only western/developed colonial nation to allow recruiting in schools and one of the only nations not to sign the United Nations Convention on the Rights of the Child, which bans recruiters in schools.

Schools can limit the ability of recruiters while still fulfilling their federal grant requirements to allow recruiters in our tribal, federal and reservation, and urban Lakota district schools.

Finally, I ask that you pursue the creation of a Tribal National Guard of the Cheyenne River Sioux Tribe that allows our Lakota Ohitika to serve in a military-like organization while remaining in our own communities on the reservation and serving our Oyate directly. The idea to create a Tribal National Guard came to me after seeing how the Governor of South Dakota Kristi Noem delayed the deployment of the South Dakota National Guard during our people’s time of need last spring, contributing to the deaths of five Lakotas on the Pine Ridge Reservation.

Noem has also, to this day, not offered the Guard’s service to the Yankton Sioux Tribe or our own Cheyenne River Sioux Tribe, among others leading, to Líla Othéȟi (much hardship).

I believe that if our tribe had the ability to call on our own Ohitika to assist in times of need like the intense storms of this spring, we would be in a better position to protect our Oyate. On this note, one idea would be to ask our friends in Congress to create a law allowing Tribal members of the Military to serve in Tribal Service instead of in the Federal Military or State National Guards. Hecatu Yelo Mitakuye.