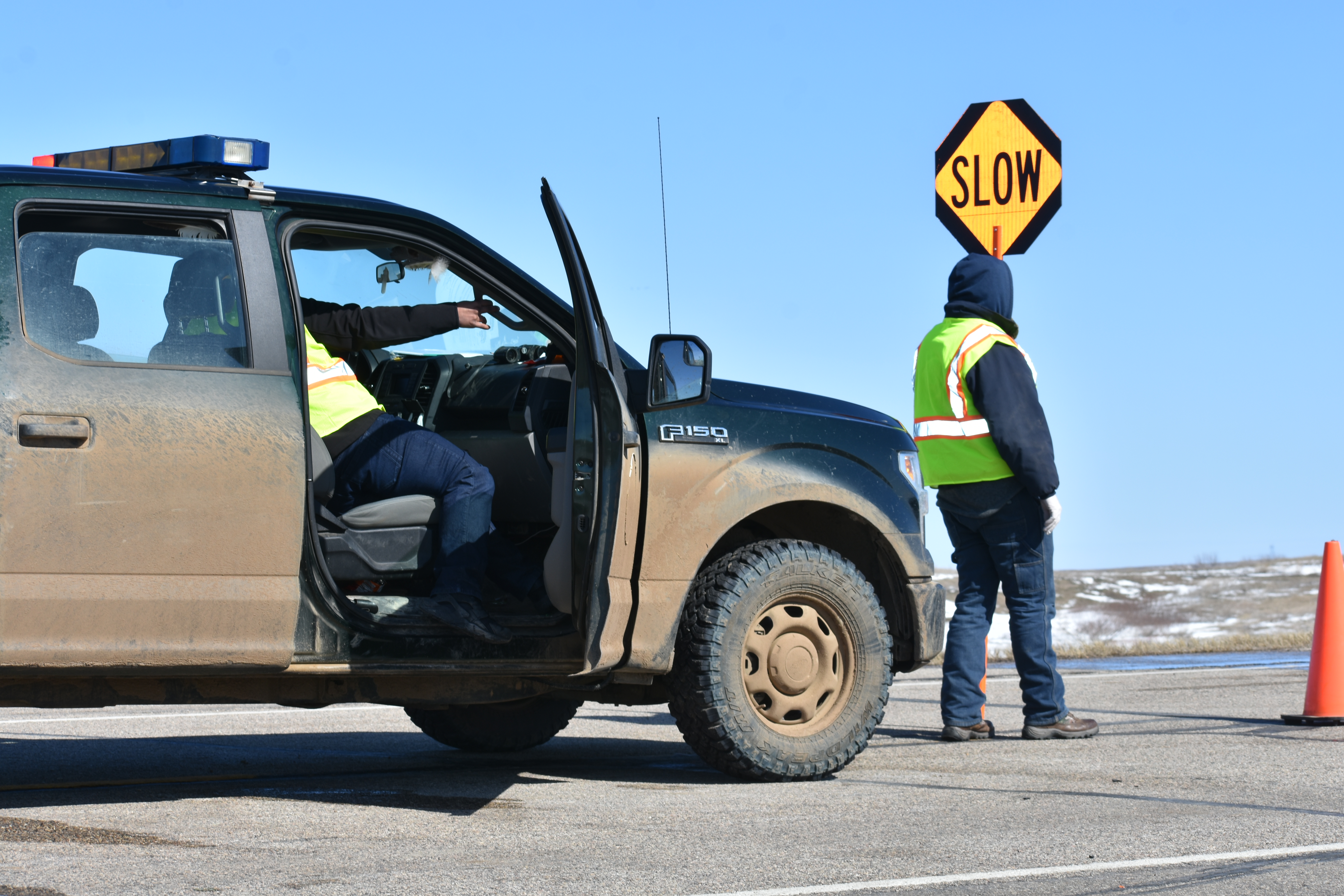 A CRST deputy holds a stop/sign at one of the numerous checkpoints set up near Cheyenne River Sioux reservation boundaries.

The Cheyenne River Sioux Tribe has been operating public health checkpoints since the beginning of April in order to protect tribal members and residents of CRST against the spread of COVID-19.

On Friday, April 24, Bureau of Indian Affairs Director Darryl LaCounte issued a letter to CRST Chairman Harold Frazier telling the chairman to consult and reach an agreement with the State of South Dakota regarding the checkpoints. 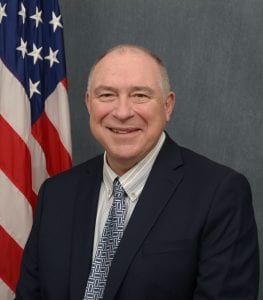 “If the State has not been consulted and has not agreed to the closure of US 212, CRST should immediately reopen the highway for motorists and take the necessary steps to come into compliance with Federal law,” said LaCounte, to which he followed up with an apparent ultimatum, “To not do so could have serious consequences”.

The agency director did not provide details about what those consequences may be.

In his letter, LaCounte touched on several other points, including a memorandum that he claims was issued that identified when tribes must consult and obtain agreement with road owners. He also shared concerns about personnel manning the tribal checkpoints.

The chairman issued a response letter two days later on April 26, during which he addressed LaCounte’s concerns, “You are making erroneous assumptions based on a lack of correct information. The Tribe has not closed any roads. We are simply regulating travelers’ entry onto the Reservation in an attempt to prevent, reduce, and track the spread of the COVID-19 coronavirus here on the Cheyenne River Sioux Reservation.”

Furthermore, the tribal chairman addressed LaCounte’s notion that the tribe has not consulted with the State, and stated that he and Governor Noem have communicated via text and voice conversations about the public health crisis.

The governor corroborated this during her April 24 press conference.

“I’ve been in constant communications with our tribal leaders and spoke to Chairman Frazier from Cheyenne River and also was just texting with him yesterday about the situation- they have checkpoints on their land that they are incorporating. There is some controversy over who’s allowed to go through and who’s not. The state of South Dakota does not have jurisdiction in this area, but the federal government does,” said Noem.

The chairman continued in his letter, “In her daily briefings to the public, the Honorable Governor has encouraged and deferred to the authority of local governments to respond this crisis. Following her lead, we have had several meetings with local county and municipal officials since as far back as mid-March to seek their guidance and input as we established and maintain our COVID-19 health safety checkpoints,” said Chairman Frazier.

Indeed, in mid-March, the chairman and CRST Tribal Council met with county commissioners from both Dewey and Ziebach counties, school superintendents, municipal mayors from Eagle Butte and Dupree, as well as the Bureau of Indian Affairs.

“The message we have received from all our meetings with local officials is that they do not have the resources, planning, or capacity to deal with this crisis, so they are deferring to the Tribe to take action. Additionally, we sought – and received – assistance and input from the SD Department of Transportation in setting up the checkpoints. The State of South Dakota has not sent us any notice that we have failed to consult with them, mainly because we have been in frequent communications with state and local officials at all levels since this public health crisis began,” said the tribal leader.

In fact, the South Dakota Department of Transportation not only inspected the checkpoints, they provided electrical road signage for the checkpoints. Furthermore, SDDOT Mobridge Area Engineer John W. Vallbrant sent the chairman a letter on April 7 with recommendations on how to maintain checkpoints.

In her press conference on Monday, Governor Kristi Noem seemingly backtracked on how she has worked and communited with CRST.

In his response letter to LaCounte, the chairman stated that Section 4-1-6 of the CRST Law and Order Code states that “security related personnel from other departments of the Tribe may be deputized to aid in the enforcement” of tribal laws.

According to CRST Intergovernmental Affairs Coordinator, Remi Bald Eagle, the CRST Constitution allows for the tribe to deputize its own officers as duly sworn officers of the law.

The chairman also addressed the question of ownership of US Highway 212.

“Can you please provide me with proof that they [the State] own the highway? To the best of my knowledge the Cheyenne River Sioux Tribe has never agreed to grant the State a right-of-way across our land. I note that it is still our land within our reservation. We have the right and the obligation as the governing body of the Cheyenne River Sioux Reservation to protect and take public health precautions in light of this COVID-19 global pandemic. We are protecting all residents of our reservation from this highly contagious virus, because it is color blind in its death march,” said the chairman.

As of press time, the BIA has yet to respond to the chairman’s letter.