Over the last few weeks, a group of volunteers came together to build a traditional Navajo/Diné hogan to be used at the Sunk Wakan Agli Horse Program for Youth in Bridger, SD.

Led by Jim Standing Bear Wheatley (Quhadi/Comanche, Choctaw), members traveled from Arizona, Utah and Oklahoma to participate in the project. They were organized under the aegis of the non-profit Turtle Island United, a combined effort of three other indigenous-led non-profits; PAZA Tree of Life, Antinanco Earth Arts, and Partners for Native Nations.

Wheatley says he was motivated to help Sunk Wakan Agli after he lost his son to suicide, “I don’t want any other parents ever go through what I went through that way.”

Navajo elder Freddie Black led the construction of the hogan. Workers were hosted by Unci Debbie Day and included six volunteers from the Church of Latter-Day Saints on mission. Elder Jaron “Rocky” Anderson, 18, from San Tan Valley, Arizona, one of the volunteers, said he couldn’t be more happy to be doing service for the people in Bridger.

“One of the guidelines we have as missionaries is when we’re doing service, we’re there to do service,” Anderson said. “We focus a lot on doing all sorts of community service and just service in general…I’ve helped people clean their homes, I’ve helped Boys and Girls Clubs, helped out at rodeos and all sorts of stuff like that.”

Anderson and Wheatley agree that the value of the project will not be known for generations. The hogan built this April will stand for centuries and they know future generations will use it for shelter, community service, healing and prayer.

“It’s about being one with the people and come together as a community. Because that’s what it’s about. It’s not about yourself. It’s not about what do you believe in or the things you think are right or wrong. It’s about the future and the people you’re trying to bring together,” said Anderson. 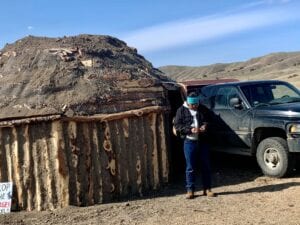 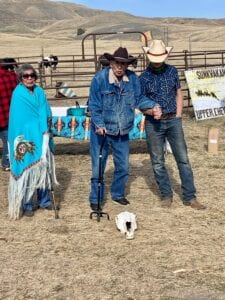 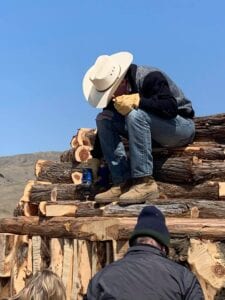 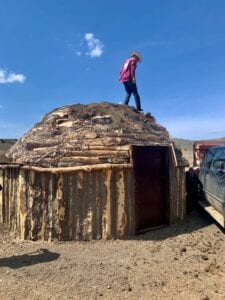 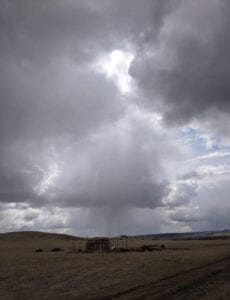 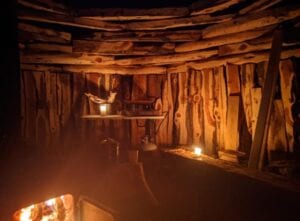