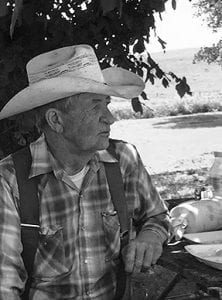 Dupree. Burial will be at the Lantry Cemetery under the direction of Kesling Funeral Home of Mobridge. Visitation will be one hour prior to services. Mr. Wishard passed away Thursday June 15, 2017 at the Pierre Care and Rehabilitation Center in Pierre.

Tom Daryl Wishard, Sr. was born August 25, 1940, to Delbert “Pete” and Dora (Sievert) in Glencross, South Dakota.  Tom graduated from Timber Lake High School in 1958.  He married Myrna Long on July 11, 1959.  They moved to Lantry in the fall of 1959.  He worked at the Lantry Garage until November 1969, when they moved to the old Schuck place 5 miles southeast of Lantry where they farmed and ranched.  To this union 6 children were born:  Deb, Marci, Lori (Yogi), Lona, Tommy, and Donna.  He also inherited another daughter, Jami Oakland, and a special son, Pat Case.  Tom married Helen Christen on November 9, 1974.  Two sons were born to this union, Joe and Donnie.  Tom raised cattle, hogs, sheep, geese, and chickens.  He was an excellent mechanic and enjoyed working on anything and everything.

Tom enjoyed camping, fishing, auction sales, family and friends, dancing, telling stories, and having a good time.  He enjoyed traveling around to the local celebrations in the infamous “Pop’s Popular Party Pad”. He loved to drive around and look at his crops, pastures, and livestock.  He was very proud of what he had including his old equipment and tractors.  He loved to socialize and no one was a stranger.  He was especially proud when he was recognized as a “Stock Contractor” for supplying the sheep for the CRST Playday.