To Walk In Beauty: A veteran among the Lakota Oyate: Taking my place and fulfilling duties 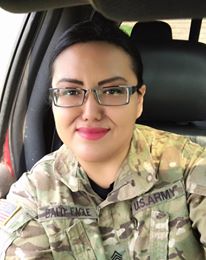 It’s that time of year again when we take a moment to reflect on the contributions and sacrifices of veterans, past and present. In this edition, you will find photos of service members from across Cheyenne River who served in different military branches at different times throughout the history of the United States. There is no doubt that this is warrior country, as reflected in the pages honoring our vets.

For many years after my military service, I stayed away from all things Army and veteran functions, telling myself that what I did during my enlistment did not matter much. I did not value what I had accomplished, and eventually, seldom thought of that chapter of my life.

It was not until I moved to Eagle Butte that my military service and veteran status was revived by the Lakota teachings of being akicita. I have shared this story before — I was not raised around powwows and had very little knowledge about them, so in 2016 when I was asked to carry the red-tail hawk feather staff during grand entry at a wopila wacipi in Fort Pierre, I was unsure of myself and what to do.

The request was unexpected and I felt unworthy and unprepared for that honor; however, I grasped the staff and completed the duty that was asked of me.

Since that time, I have gotten to know many veterans from Cheyenne River and from surrounding reservations, and have had the honor of participating in veterans duties such as flag detail, playing taps, performing the 21-gun salute, and honoring deceased warriors.

What I thought was a chapter long gone in my life, has found resurgence and meaning within the Lakota people and through Lakota teachings of being akicita. It is not a responsibility I take lightly.

We are surrounded by many veterans who have their own experiences and incredible life stories. We only need look to our neighbors such as renowned and respected WWII veteran Marcella LeBeau, who is an amazing person and leader. Another veteran who comes to mind is 87-year old Korean War vet Ed Widow, who is the CRST Tribe’s eldest Council Representative. Imagine the stories that these veterans have.

Recently, Marcella stopped by the West River Eagle office and we talked a bit about plans for her birthday party and other matters. One of her concerns was the loss of older veterans and with that, the loss of their stories. This made me think of my own family- my grandfather was a Navajo Code Talker who served in the Pacific theater and fought at the Battle of Iwo Jima. All my childhood, I knew he was a Code Talker; however, it was not until I was in uniform that he spoke to me about his WWII experiences. It happened once and to this day, I wish I had asked him more questions. My grandfather warrior journeyed into the spirit world on June 8, 2007. He is memorialized at the Window Rock Navajo Tribal Park and Veterans Memorial in Arizona.

There are many warriors who live and walk among us today. This Veterans Day, take time to reflect on the veterans you may know, let them know that they are not alone and that their contributions as akicita are not forgotten.