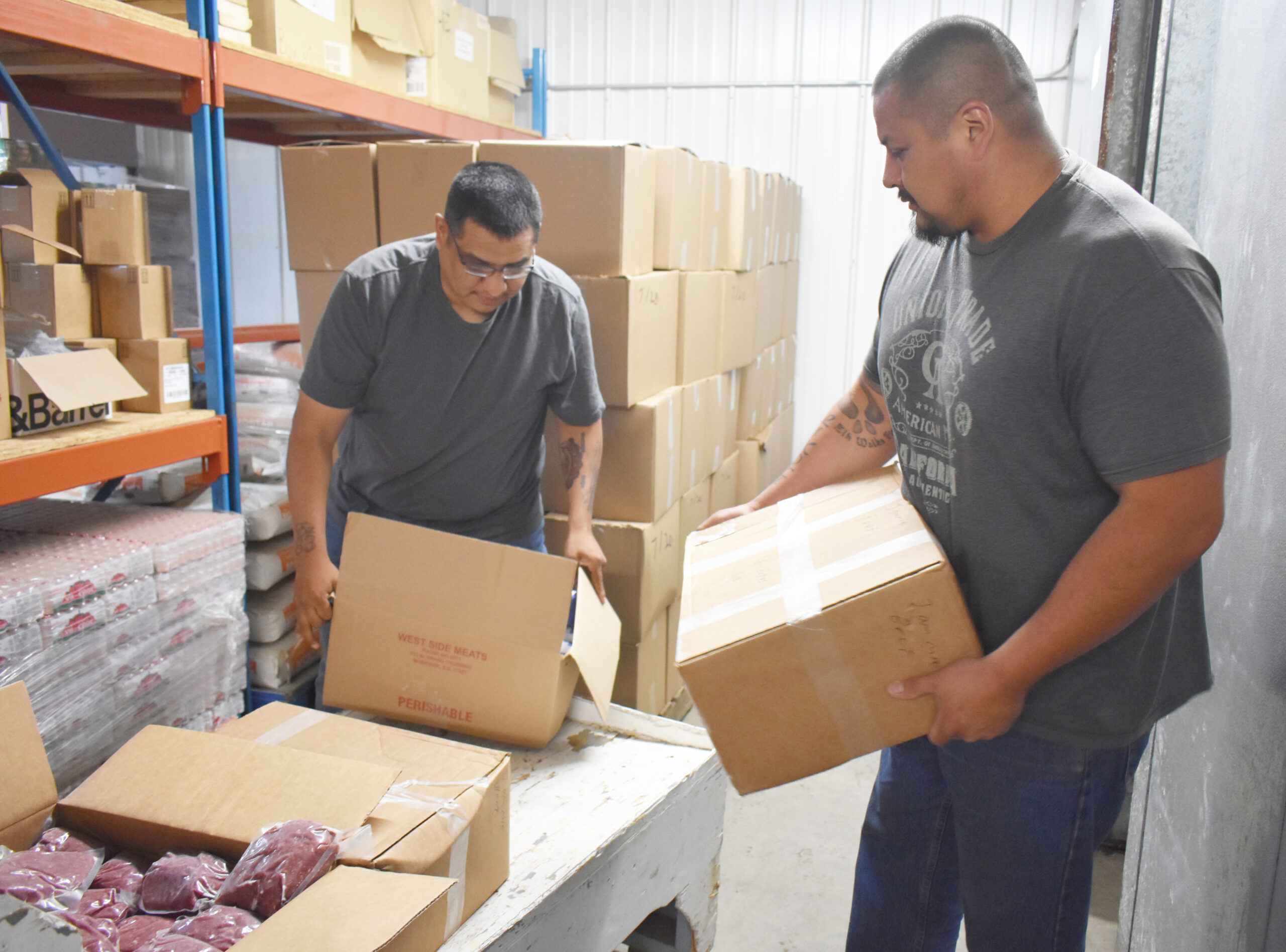 On March 13, the Cheyenne River Sioux Tribe declared a state of emergency due to the coronavirus pandemic, and since then, the Tribe has implemented an intricate system of protecting residents on the reservation. That web of protection and care includes providing food for the people.

Pre-pandemic, the Tribe’s Food Distribution Program and Food Pantry provided free food for tribal members on a monthly and as-needed basis. When panic buying swept across the nation, the Tribe was already taking proactive measures in ensuring that food would not run out on the reservation.

While the rapid and aggressive spread of COVID-19 forced meatpacking plants to close resulting in fears of a nationwide meat shortage, the Tribe was working with area ranchers to solicite donations of live cows.

“So far about 40 cows have been processed,” said Robert Dunsmore, the Tribe’s food relief coordinator.

Processing meat begins with picking up the cows from local ranchers who have donated the animal, free of charge. Dunsmore explained that cows are placed in pens at the Cheyenne River Rodeo Arena in Eagle Butte where they are fed and watered until they are transported to slaughter houses either in Faith, Ipswitch, Chamberlain or Mobridge.

“Each processing costs $2,000-$4,000, which is paid for the Tribe,” said Dunsmore. The amount varies depending on how many cows are processed, which can fluctuate based on how many cows the slaughter house can take in at one time.

“Some places can only take two at a time but others may take up to seven. It really depends on their schedule. We have to coordinate with them all the time,” Dunsmore stated.

The turnaround time from dropping off cows to picking up packaged meat is usually 10 days.

The entire cow is processed into ground beef and is boxed into single servings before it is added to the Tribe’s meat stockpile.

“Each box of ground beef is 40-50 pounds and they are stored at various locations in freezers around the reservation,” said Dunsmore.

So far, none of the meat has been distributed, which is the point of a stockpile, said Dunsmore.

“This looks like a lot of meat, but when you think of our large population, it really wouldn’t last long if it was all distributed right now,” said Jacob West, CRST Food Pantry Director as he opened the walk-in freezer filled with boxes of meat.

West explained that the boxes of meat are delivered on a large pallet, and one pallet equals about 1,400 pounds of meat, or eight to nine cows.

Depending on where the beef is processed, the Food Pantry may receive beef tongue, heart, kidney, and liver.

“When we do get those organs, we try to distribute them as soon as possible, because they can go bad quickly,” said West.

A special treat is also “taniga”, which is cow intestines, a delicacy used in taniga soup.

“We get taniga when the cow is processed locally. It comes to us unfrozen and is usually gone within hours. It’s very popular here,” West explained.

The walk-in freezer at the Tribe’s Food Pantry serves as the main stockpile site, but there are also other locations throughout the reservation where the meat is stored. The Tribe also has a refrigerated trailer parked in Faith at the slaughter facility.

Tens of thousands of pounds of ground meat has been amassed and the Tribe will continue processing meat into the foreseeable future.

“It is important to make sure we have food to feed the people if the nationwide food infrastructure becomes so strained it cannot get enough food to the reservation. Our stockpiles and food program are just one part of the Tribe’s COVID-19 response plan,” said CRST Chairman Harold Frazier. 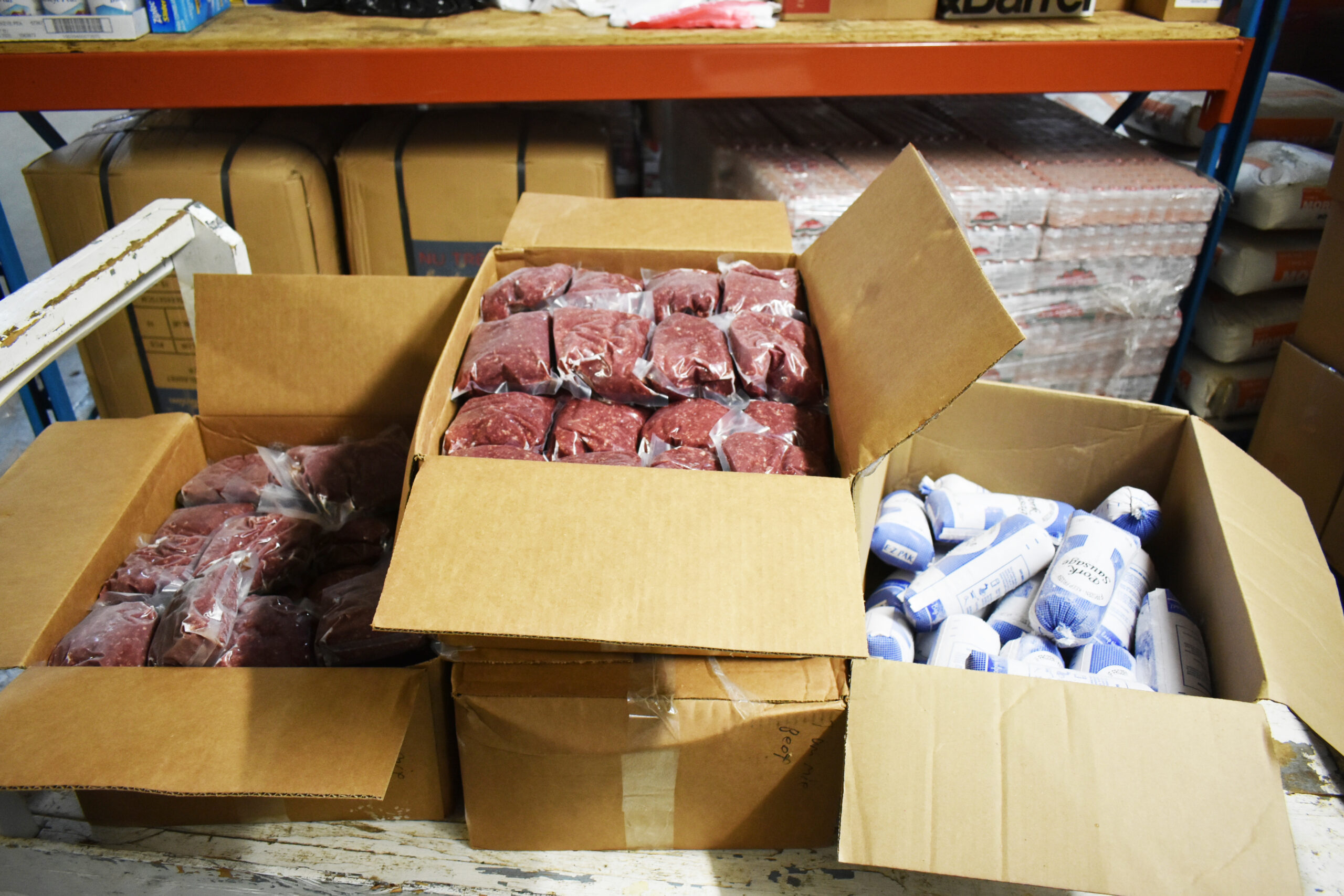 EAGLE PHOTO BY ALAINA BEAUTIFUL BALD EAGLE
Boxes of frozen meat are stockpiled throughout the reservation. The Tribe began amassing beef in case a food shortages occurs due to the coronavirus pandemic. 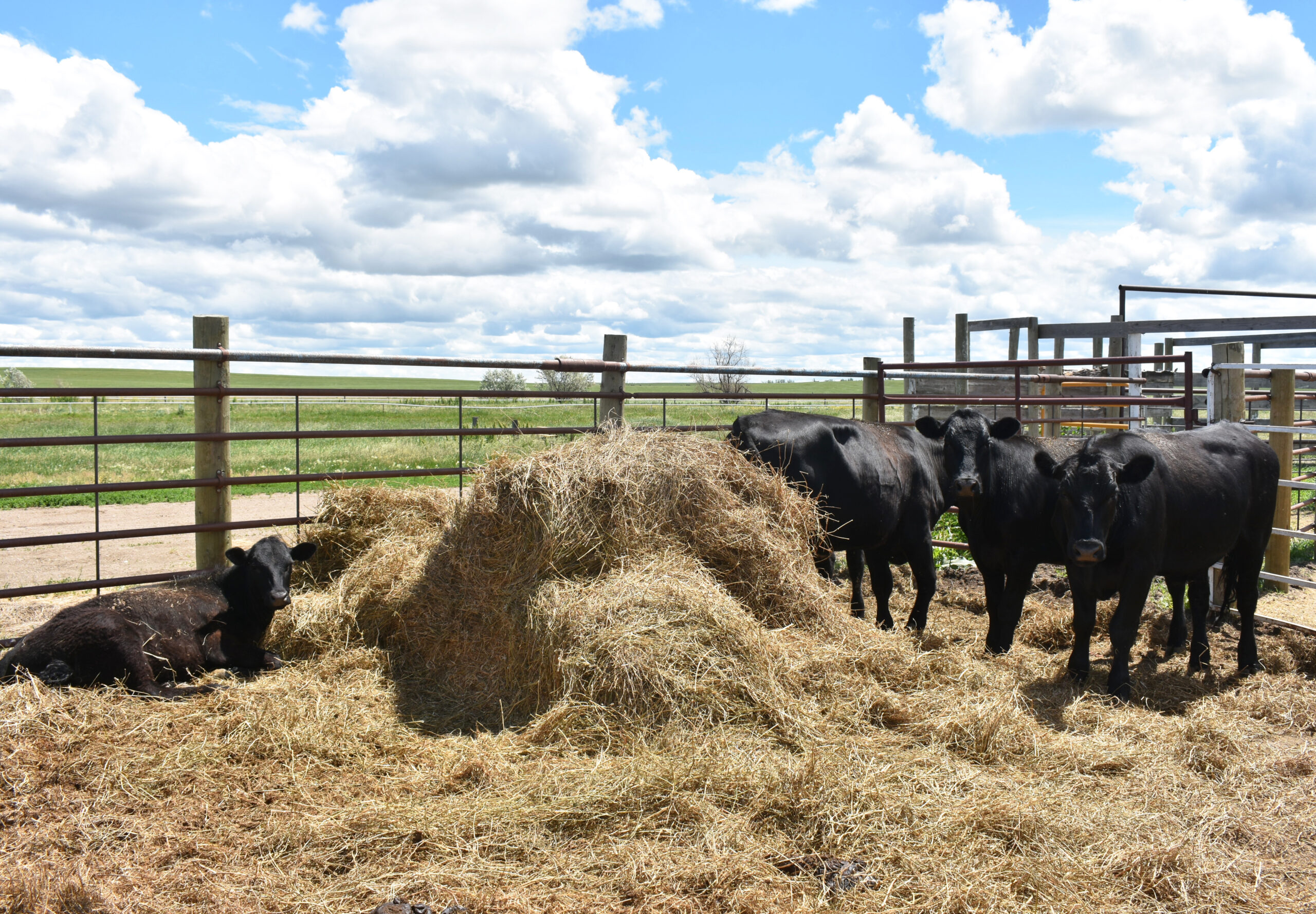 EAGLE PHOTO BY ALAINA BEAUTIFUL BALD EAGLE
Six cows are penned at the Cheyenne River Rodeo Arena as the Tribe awaits an opening at one of the slaughter houses where the cows will be taken for processing. 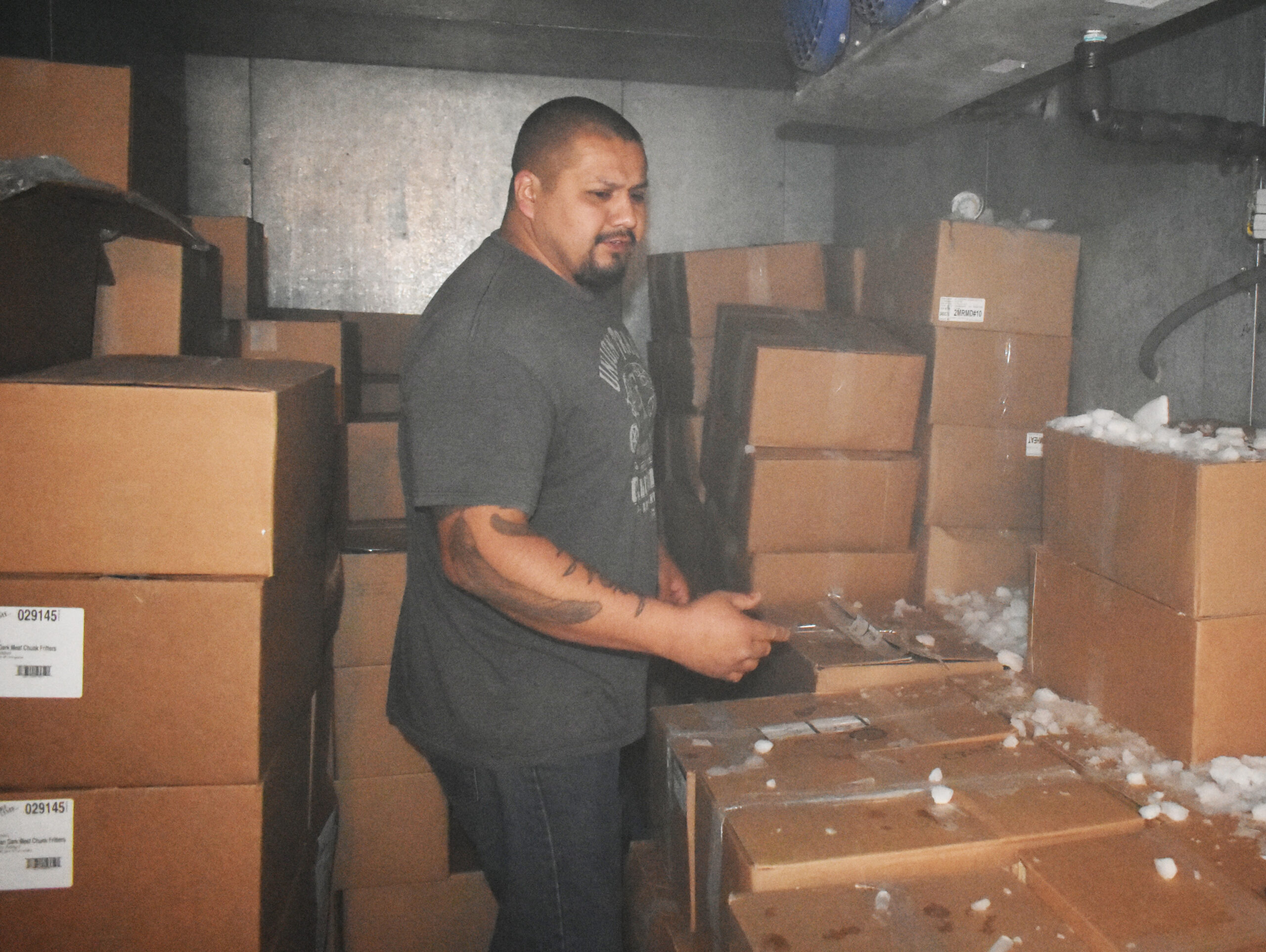 EAGLE PHOTO BY ALAINA BEAUTIFUL BALD EAGLE
Jacob West stands next to the boxes of beef that is stored at the Food Pantry building in Eagle Butte.