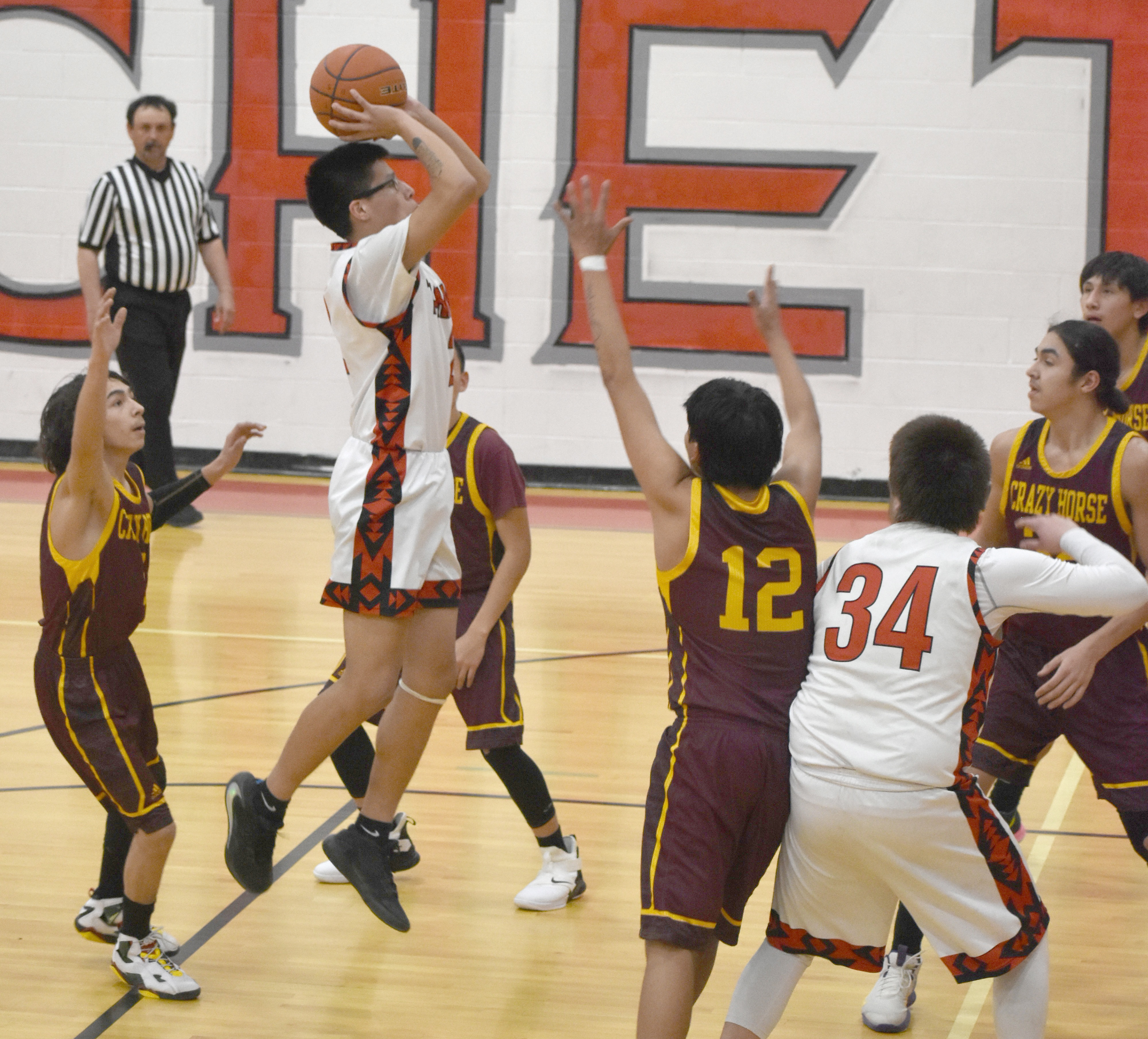 The Tiospaye Topa Thunderhawks hosted the Crazy Horse Chiefs on Thursday, February 20 in LaPlant. The varsity girls opened the double header and the Lady Chiefs quickly took the lead on the scoreboard and try as they might, the Lady Thunderhawks fell, 40-66. Playing the last game were the varsity boys, which proved to be an exciting nail-biting contest. Both teams played great zone coverage which led to neck-and-neck scoring throughout the game. With just just under 3 minutes left in the game, the Thunderhawks exploded with a series of scores and turnovers, to which the Chiefs had no answer. In the end, the Thunderhawks claimed victory, 50-46. 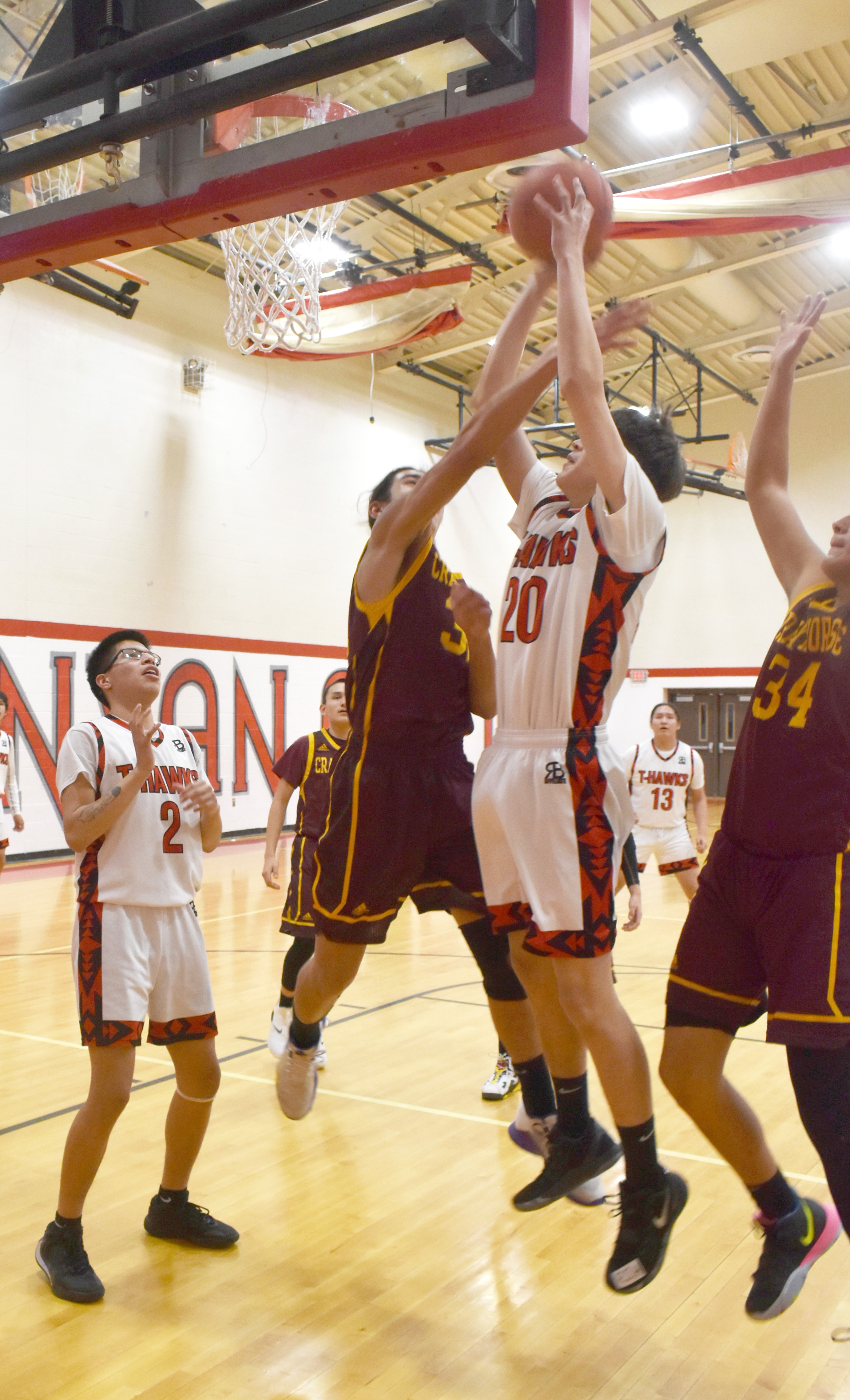 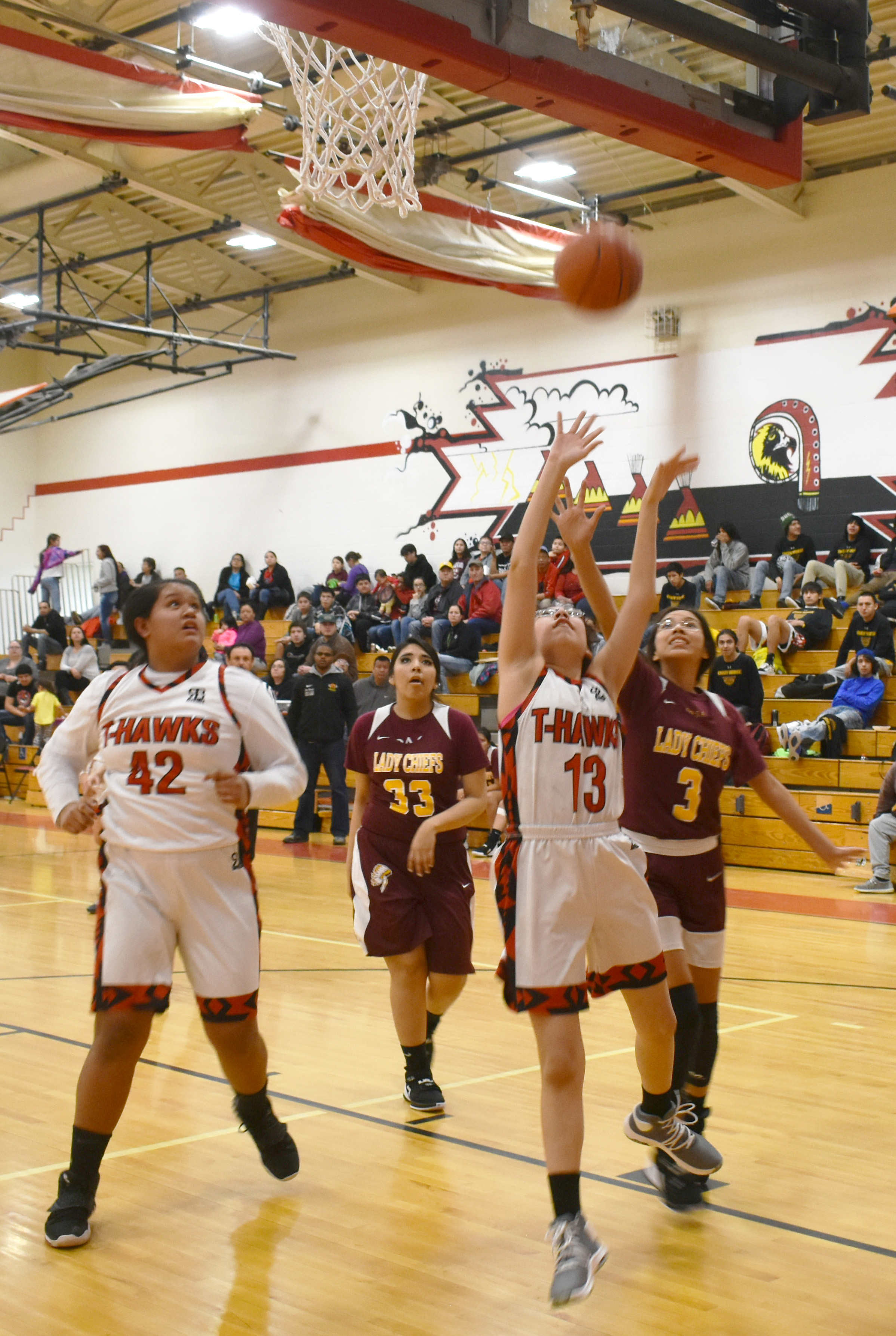 PHOTO BY ALAINA BEAUTIFUL BALD EAGLE
Adriana Johnson positions herself for a shot against a Crazy Horse defender. Tiospaye Topa fell to the Lady Chiefs, 40-66.