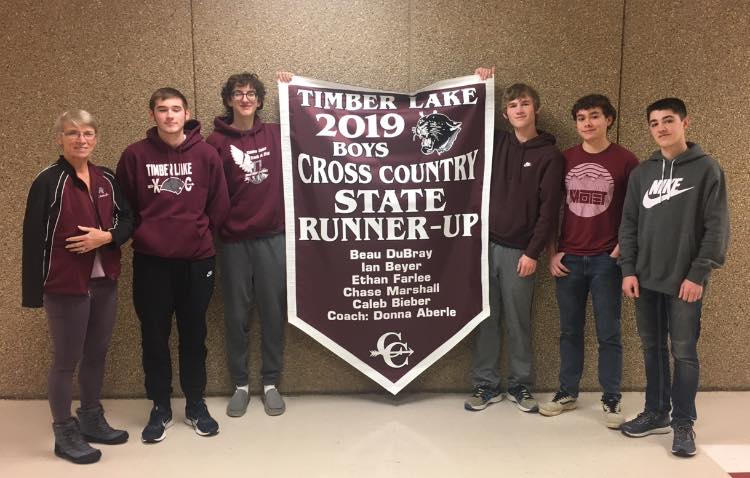 In October, West River Eagle featured the Panthers’ team after their state competition. Here is an excerpt from that story:

The Timber Lake Boys Varsity team brought home the second place title this past weekend at the Class B Cross Country State Championships in Huron. Coach Donna Aberle commended the boys’ performance and said that this was the first time since the 1960s that the school has placed at state.

“There are three banners in our school for winning the meet twice and one for runner-up. It was the boys’ team goal to get third or better, and we were very much contending for the championship,” said Aberle.

The boys team is comprised mostly of sophomores, with one freshman and senior this year, which Aberle said is an advantage, as the team is still young; however, she did take time to talk about the important contributions senior Beau DuBray has had.

“Being a fairly young team we look to more successful years to come, though the team will sorely miss Beau. He has been a great athlete and even better teammate for four years. His example of continuing to compete even though his pain did not allow him to place as high as he was capable, inspired the other boys to run and train as hard as they could,” said Aberle.