Timber Lake Panthers claw their way to a win over New Underwood Tigers, 20-14 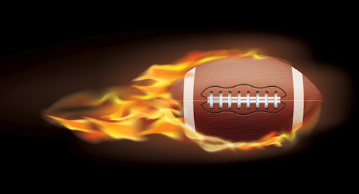 The Timber Lake Panthers traveled to face off with the New Underwood Tigers on Friday, October 4. Both teams have had great success this season; however, Friday’s game resulted in the Panthers handing the Tigers their second loss of the season as they snapped New Underwood’s two-game win streak.

Going into Friday’s game, both Timber Lake and New Underwood had high-scoring offenses with the Tigers scoring 220 points, while the Panthers had an edge with 227 points scored in the season.

Defense was the name of the game as the Panthers did the only scoring in the first half with a 22-yard pass and two-point conversion. After halftime, the Tigers came out of the locker room pumped up and immediately returned the kick for a 63-yard kick off return. This fueled what would seem to be a Tiger rally as they scored again at the end of the third quarter to make the score 8-14, in the Tiger’s favor.

The rally lost steam, however, in the fourth quarter as the Panthers began to take control of the game. Both Isaac Kraft and Hank Kraft scored on long touchdown runs, retaking the lead and keeping it until the end of the game, securing a win for the Panthers with a final score of 20-14.

With such good defensive played by both teams, the numbers point to key stats that favored the Panthers in this matchup. Turnovers favored Timber Lake as they won the ball four times, once on a fumble and three times on interceptions.

This meant that the Tigers time of possession was negated four times, proven by the fact that New Underwood had the ball for nearly 30 minutes with only two scores.  This was almost eleven minutes longer than the Panthers. The Panthers defense contributed three quarterback sacks while smart offensive plays kept their quarterback from being sacked.

The Panthers led a well-balanced offense with over 150 yards in both rushing and passing, while the Tigers mustered about 125 yards in both categories.

Offensively, Kendrick Martin, Hank Kraft, and Isaac Kraft led the Panthers. Martin had 170 yards passing on 16 attempts, while I. Kraft led rushing with 69 yards rushing. I. Kraft had 5 receptions for 122 yards to lead the receiving corps, mirroring the more than 24 average yards per reception he had in previous games.

The Timber Lake Panthers will face off with the Bison Cardinals at home this Friday before they travel to face an undefeated Harding County Rancher team. Sitting with a wildcard to the playoffs so far, the Timber Lake Panthers control their own destiny in the final two games of the season. Another win could keep them in the regional playoff picture, while two more wins may cement their place in the big dance.