Most people love a great variety show because there’s a little something for everyone to enjoy, and on Friday, November 22, Joseph Robinette’s “The Great American Talent Show” did not disappoint.

The play, which is a parody of popular TV talent shows, featured acts and three self-important judges tasked with choosing the next great talent. The cast was comprised of 12 Dupree HS/JH students, under the direction of Mark and Patty Peacock.

There were corny jokes, singing, beautiful modeling encouraging people to consider jeans as fashionable for all situations, IQ questions/riddles, movie and cartoon impersonations, and even a one-woman band performance. A trio of judges who varied in interests and personalities, added to the show.

Excitement and anticipation filled the air as the drum rolled right before judges announced the Grand Prize winner… the announcement shocked the contestants and crowd: the winner was The Intern, who was played by Tiana Iron Hawk.

The judges explained that hers was the most valuable part of the show and must be recognized. They also decided to take all six acts, not just two, on the road for the upcoming “79 cities in 50 states tour”! That decision, brought cheers and smiles, until Judge Gerard, played by Clifton Birkeland, announced that The Comedian, played by Pete Hinrichs, couldn’t do any knock-knock jokes on the tour.

It was a fun one-act play that the students enjoyed as a matinee and the general public/family enjoyed later that evening. 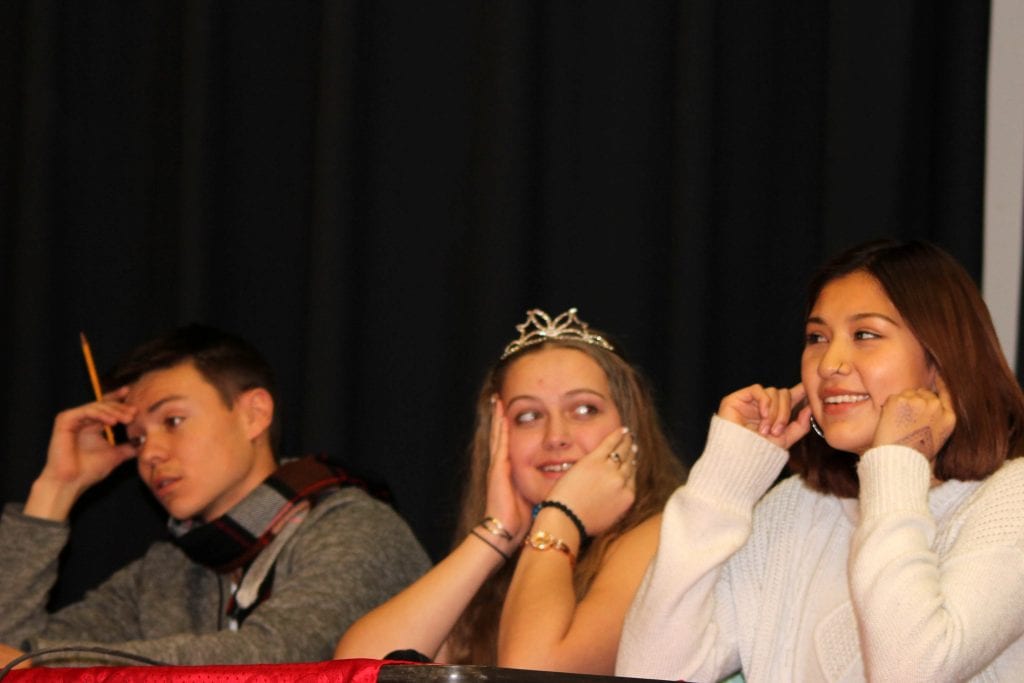 EAGLE PHOTO BY PATTY PEACOCK
Judges Clifton Birkeland, Erin Lemke, and Valerie Janis take a moment to discuss the diverse talents, finding anything from disgust to humor in them. 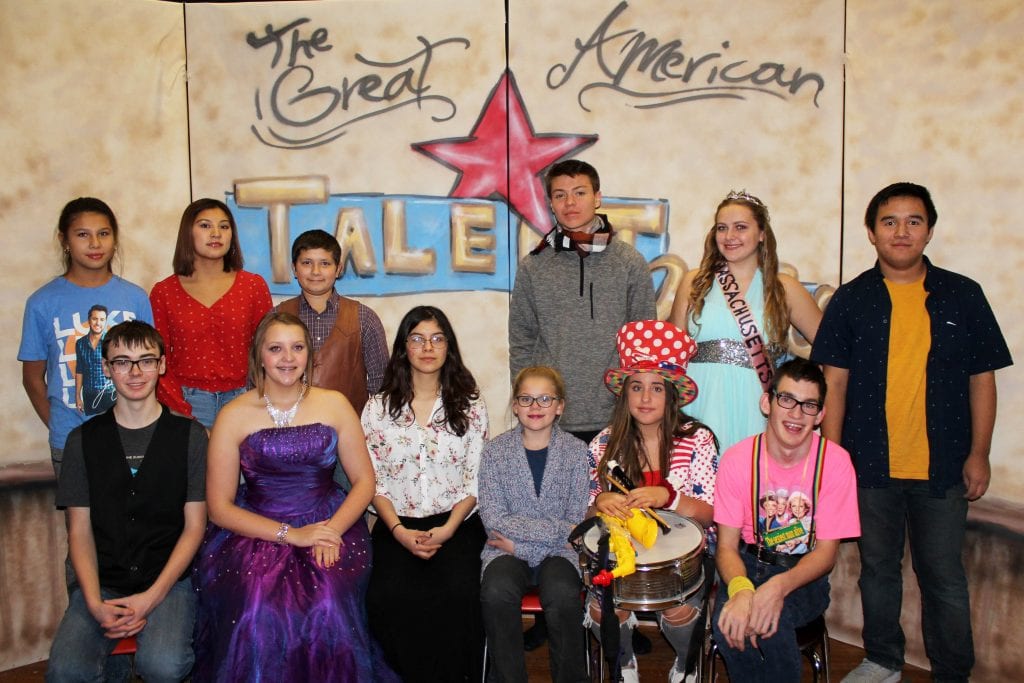 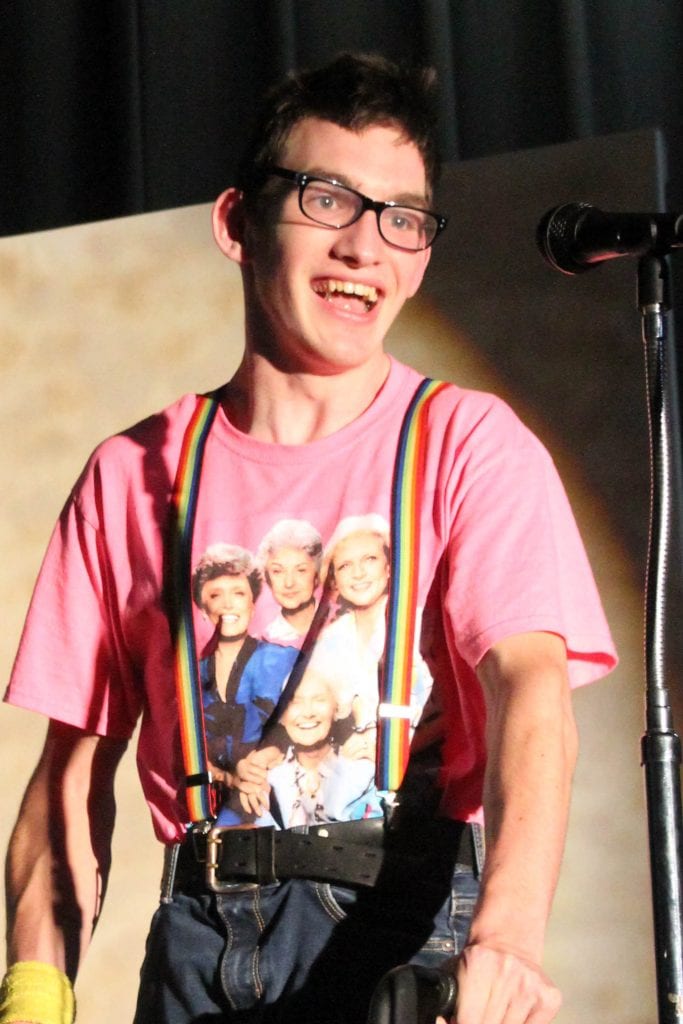 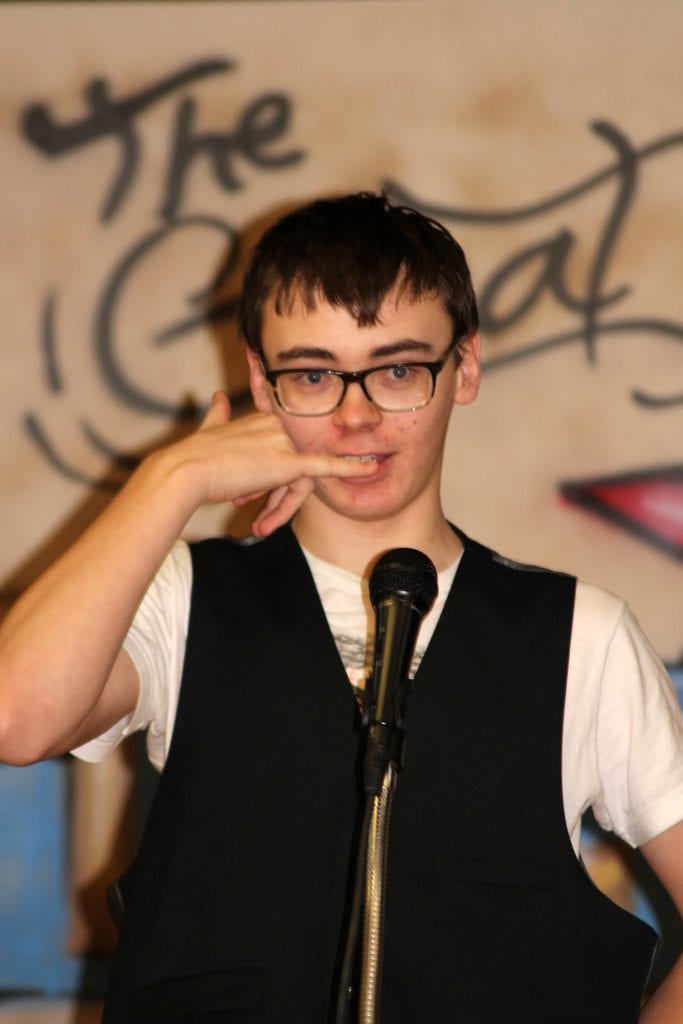 Arnie “The Man of Many Voices” Toliver, played by Riley Tibbs plays, does impressions ranging from Groucho Marx to Homer Simpson. 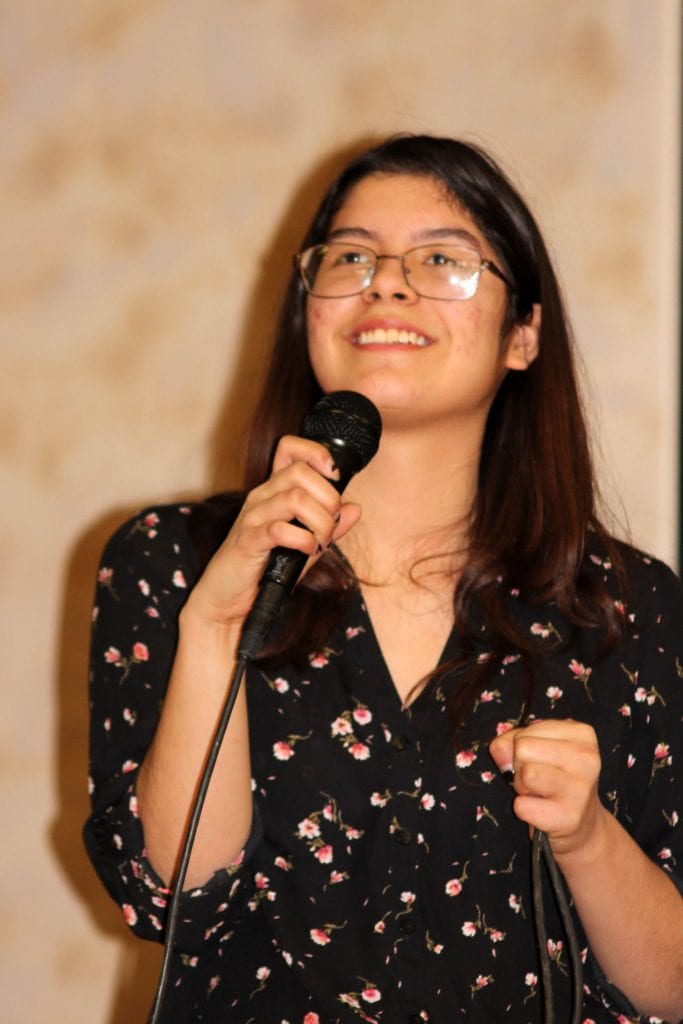 EAGLE PHOTO
BY PATTY PEACOCK
Kateri Matonis takes the stage as Miss Morgan Mayfield and sings acapella for the crowd.