TED talks: a reflection of humanity 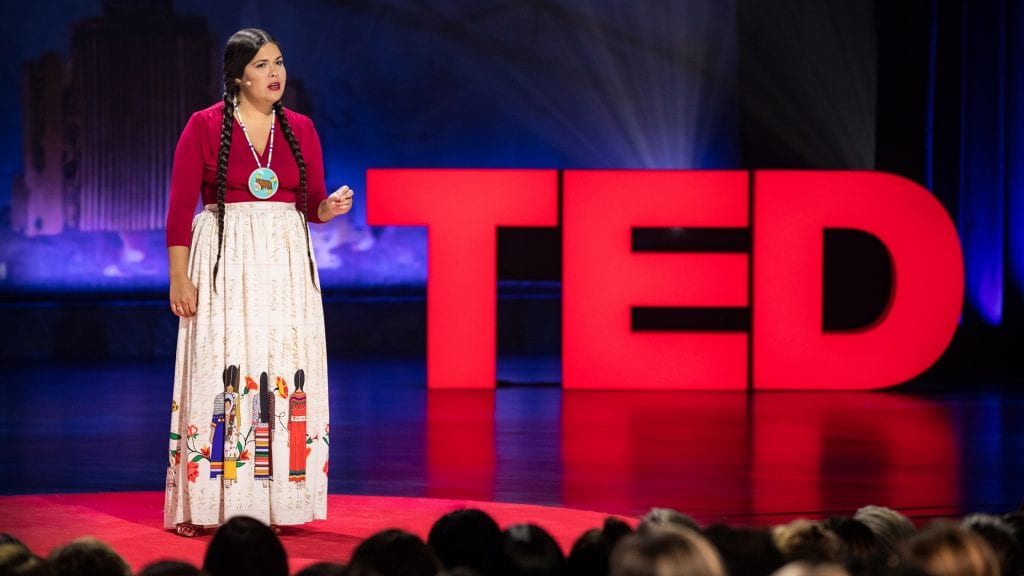 TED stands for Technology, Entertainment and Design. Their tag line is TED: Ideas Worth Spreading. The organization started in 1984 and now, 36 years later, the format of short pithy speeches of 18 minutes or less has revolutionized how we absorb information and spawned spinoffs on specifics topics such as women or local TEDx talks like TEDxRapidCity in 2017.

At the first TED talk in California in 1984, presentations included the first Apple computers, the Sony compact disc player, predictions of 3D graphics and e-readers, as well as a presentation by Benoit Mandelbrot, the father of fractal geometry whose ideas have gone on to change how we understand the world.

The conference took off in the 90s and since then the explosive success of TED talks has pushed communication skills into a new realm. By 2014, TED talks had been viewed more than one billion times at the rate of two million views per day.

According to Forbes, TEDx events are organized eight times a day and have been held in 145 countries. There is some critique that as the format and the name have spread, TED talks have lost some of their validity. There is just too much content to vet.

Part of what makes the format so compelling is the direction the organization gives its speakers. They are mandated to speak from the heart about their dreams, to tell a story – not give a speech – about something never shared before, to speak with humility and vulnerability about failures and always to seek community through laughter.

It’s the emphasis on story that makes TED unique.

The best speakers have figured out how to take complex, often highly-researched information and make it touch daily lives.

While TED talks take place in live forums around the world, the fact that they are recorded and put online means that in any one can hear from a Native American expert in storm-chasing, an advocate for revolutionary love, and an examination of what makes good leadership.

The rise of TED talks has given more and more people a platform to spread good ideas. While the most viewed talks tend to be from white academics, it’s easy to drill down past the talks with 32 million views to those with 3,200 views: talks from indigenous activist artists, speakers on claiming happiness through not giving a damn, and the right way to use a paper towel. (I admit, I love this one).

The format provides a place for a multiplicity of marginalized voices, including natives and women.

In “All My Relations — A Traditional Lakota Approach to Health Equity” Dr. Donald Warne talks about health care on the Pine Ridge reservation and his home town of Kyle, SD. Mark Charles, Navajo Candidate for President in 2020, gives a compelling dissection of the Constitution in “The Truth Behind ‘We the People’ – The Three Most Misunderstood Words in US History.” And in “How We Became Sisters”, Felice Belle and Jennifer Murphy offer a poetic look at the friendships of women.

A listing of the 25 most popular TED talks reveals a fascination with what makes us human. The topics range from body language to the power of introversion to procrastination. A curated listing of 11 must-see TED talks shows a similar fascination. Topics here include an amazing talk on the visualization of data, the power of vulnerability, and how to create urban architecture based on community. Listening to a series of TED talks is a survey of the most pressing issues facing the planet today and a deep dive into the deepest questions of human identity.

Interestingly, there is even a TED talk about TED talks! Sebastian Wernicke boiled down the essence of 1,000 TED talks into six word summaries, then went a step further and boiled those summaries down to six words, “Why the worry? I’d rather wonder.”

Below is a list of the talks mentioned above. For more check out ted.com.

• The 25 Most Popular TED Talks of All Time

• “Photos from a Storm Chaser” by Camille Seaman

• “Standing Rock: The Power of Telling Our Own Story” by indigenous artist and activist Josue Rivas

• “How to Use One Paper Towel” by Joe Smith

• “All My Relations — A Traditional Lakota Approach to Health Equity” by Donald Warne from Kyle, SD

•  “How We Became Sisters” by Felice Belle and Jennifer Murphy