SWO District Chairman: I stand with CRST & OST. We have set up our own checkpoint. Checkpoints work. 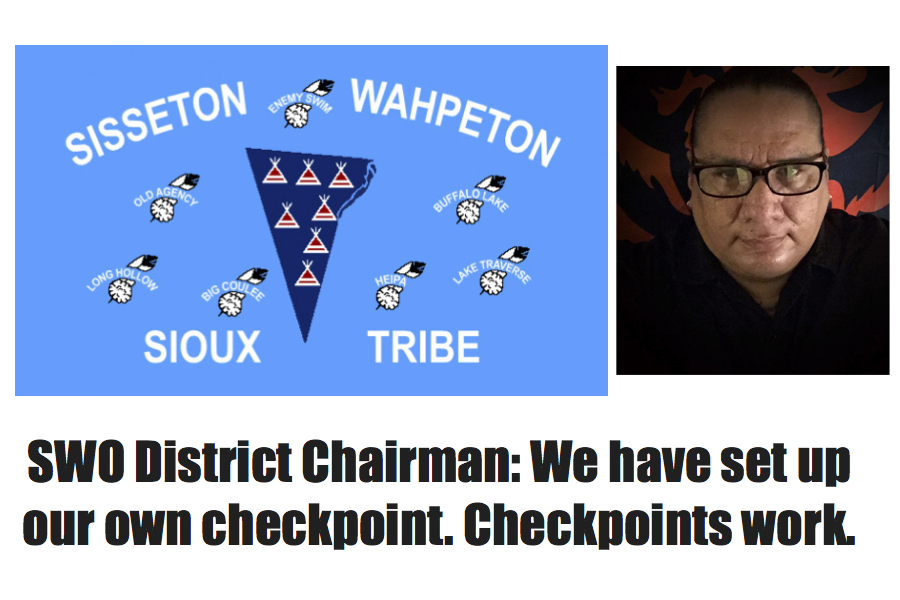 “I support the Cheyenne River Sioux Tribe’s and the Oglala Sioux Tribe’s Covid checkpoints and their sovereign treaty right to protect their people on their own ancestral lands,” said Delbert “Roly” Hopkins Jr. in a response to Governor Kristi Noem’s ultimatum to tribes regarding their checkpoints.

The district chairman oversees Enemy Swim, the largest district of the Sisseton Wahpeton Oyate on the Lake Traverse Reservation in northeastern South Dakota.

“I have seen what can happen when native communities that are not able to isolate during the global pandemic. One non-member who entered Enemy Swim housing spread the virus to nearly a dozen individuals in just a few weeks,” wrote Hopkins.

There are over 15 reported COVID-19 cases within the Sisseton-Wahpeton Oyate.

Hopkins continued, “The Supreme Court of the United States diminished the borders of our Reservation so we cannot regulate the like Cheyenne River and the Oglala have. If I could, we would be protecting our people like they are.”

The district chairman pointed out that both the Cheyenne River Sioux Tribe and the Oglala Sioux Tribe both have one case each of COVID-19 on the reservation saying “it’s likely due to their stringent measures.”

Because of the spread of coronavirus within his district, Hopkins stated that he and several other leaders from Enemy Swim have established a checkpoint at their district housing area.

“We have not had additional cases since. It works,” said Hopkins.

Hopkins then said the law was on the side of Tribes, and that the Cheyenne River Sioux Tribe had consulted with the State, municipal leaders, counties, and the Bureau of Indian Affairs regarding the checkpoints.

“The Governor’s ultimatum is unwarranted, and she should communicate with Tribes in a peaceful, non-divisive manner. Let the checkpoints stay until it’s safe to remove them,” said Hopkins. 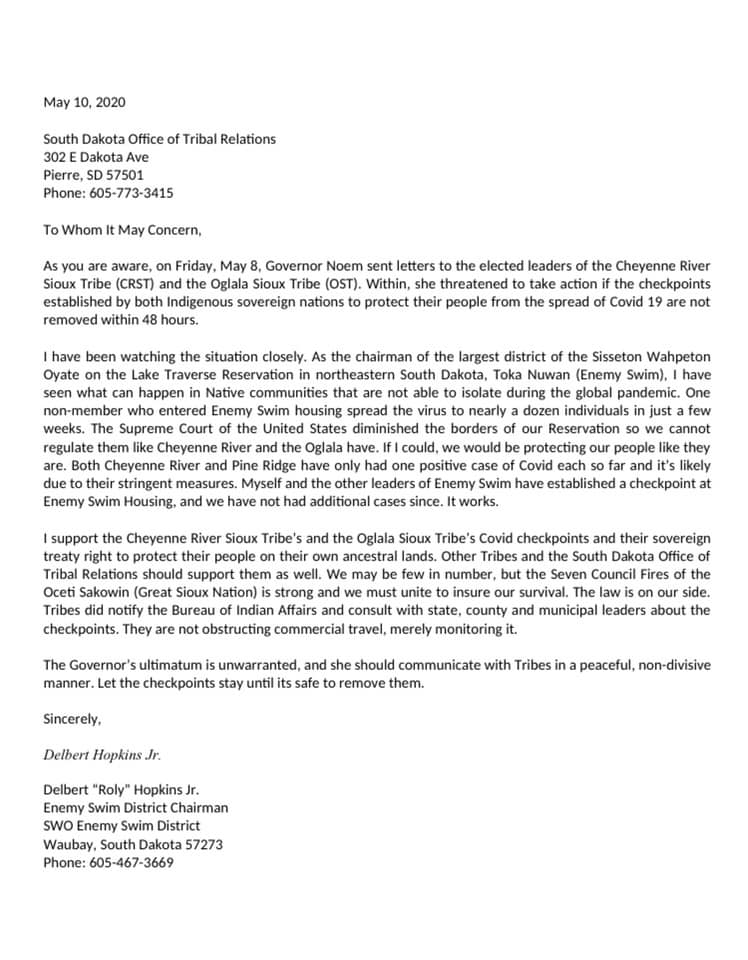