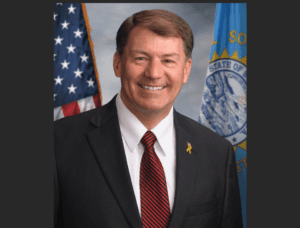 The United States military is the best in the world. Our all-volunteer force is made up of men and women from different backgrounds and different states, but what they all have in common is a love of country and a desire to serve. We are eternally grateful to them—and their families—for the incredible sacrifices they make to protect our freedoms. One way we can show our thanks is by making sure they have the tools and resources necessary to do their job. In Congress, we do this by passing a National Defense Authorization Act (NDAA) each year.

The Senate Armed Services Committee, which I’ve worked on since coming to the Senate in 2015, recently voted to approve the NDAA for fiscal year 2021. It will be debated by the full Senate before we vote on final passage. Our committee put in a lot of work this year on the NDAA and I’m pleased that we were once again able to pass it with strong bipartisan support. In fact, this will be the 60th consecutive year that we will have passed a widely-supported NDAA.

As our near-peer competitors, like China and Russia, continue to grow their own militaries, it’s critically important that the U.S. makes sure our troops have better weapons systems, better tools and more resources than our adversaries. We never want to send our men and women into a fair fight—we always want them to have the advantage. The NDAA authorizes Department of Defense (DoD) programs and provides defense policy to make sure the United States maintains irreversible momentum when it comes to implementing the National Defense Strategy. The National Defense Strategy provides clear direction for restoring our military’s competitive edge in an era of re-emerging, long-term great power competition. The B-21 Raider bombers coming to Ellsworth Air Force Base in the near future are a part of this long-term National Defense Strategy. As I said earlier, we have the best armed forces in the world, but we need to make sure we remain the best well into the future.

One of the ways we can do this is by improving the way the DoD hires personnel. The NDAA includes language to improve recruitment and retention efforts to maintain the force, while also offering more flexibility to hire civilian talent. In particular, the DoD needs highly-skilled, brilliant cybersecurity professionals to help improve the cybersecurity efforts of our armed forces. In some cases, the most qualified cyber personnel could be private sector cybersecurity personnel serving in the National Guard or Reserve. Dakota State University (DSU) in Madison has been at the forefront of cyber-related research for years. As a National Security Agency and Department of Homeland Security Center of Academic Excellence, DSU is preparing its students for government careers in cybersecurity.

Just like the FY 2020 NDAA, this one includes a pay raise for our troops. Military families are recognized in the NDAA as well—we’ve included language to increase access to high-quality child care for military families and to improve military housing. When a husband or wife is deployed, the last thing we want is for spouses to have to worry about home repair issues or finding a good daycare for their kids when they’re at work.

The men and women who wear the uniform of the United States put their lives on the line to protect and preserve our freedom. We’re forever grateful to them for their service and sacrifice. Passing the NDAA each year is one way for us to make sure they and their families are taken care of and have all the resources they need as they serve our nation.