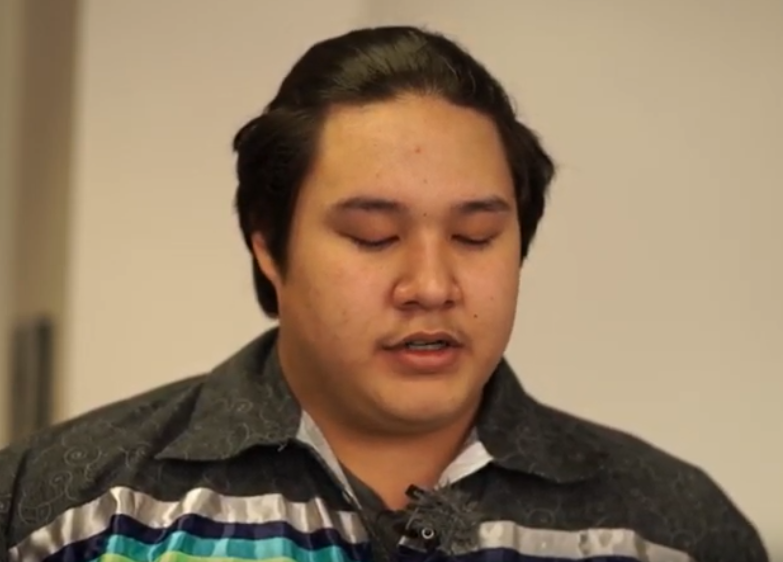 Steve Vance testified that the proximity of the workforce camps to the reservations and their locations within Lakota and Dakota Treaty Territory will significantly increase the potential for looting, and other impacts to cultural and spiritual sites within the tribes’ treaty and ancestral territory.

The DENR Board reportedly denied Tatanka Itancan Lone Eagle, of Bridger, from delivering a closing argument on Thursday, January 16.

During the session on January 22, Lone Eagle and his sister, Zora, used three minutes of the public commenting period to silently protest. The siblings wore paint on their faces- a black handprint on Tatanka, and a red handprint on Zora.

The DENR Board voted in a closed executive session to approve the permits and added requirements for real-time monitoring and weekly check-ins with the state.

Upon hearing the news of the approval, Z. Lone Eagle stated that she was disappointed in not only the Water Board, but also, in Governor Kristi Noem as well.

“She [Noem] doesn’t realize that she uses that water too. She just treats it like it’s something to throw away,” Zora said.

Itancan also expressed his disappointment and said his voice has not been heard and that he believes the board violated his right to due process.

On January 15, TC Energy reported to a Montana federal court of its intention to start construction on the Keystone XL pipeline in February, with trenching to begin in April.

Beginning next month, the company plans to move heavy equipment to sites for worker camps, pump stations, pipe yards, and the first crossing at the U.S.-Canada border, according to South Dakota Public Broadcasting.

“We are pleased that the SD Water Management Board has approved our applications and we look forward to working with the State of South Dakota as we move forward with this project.”

Rabern also said there are no other permits needed in South Dakota for TC Energy to begin construction. Opposition groups have voiced their intent to appeal the decision.