On Tuesday, November 5, #2 seed Timber Lake Panthers took on the #7 seed Bison Cardinals on home court, dueling with them in three sets. The Panthers were victorious in all three matchups with scores 25-17, 25-21, 25-22. 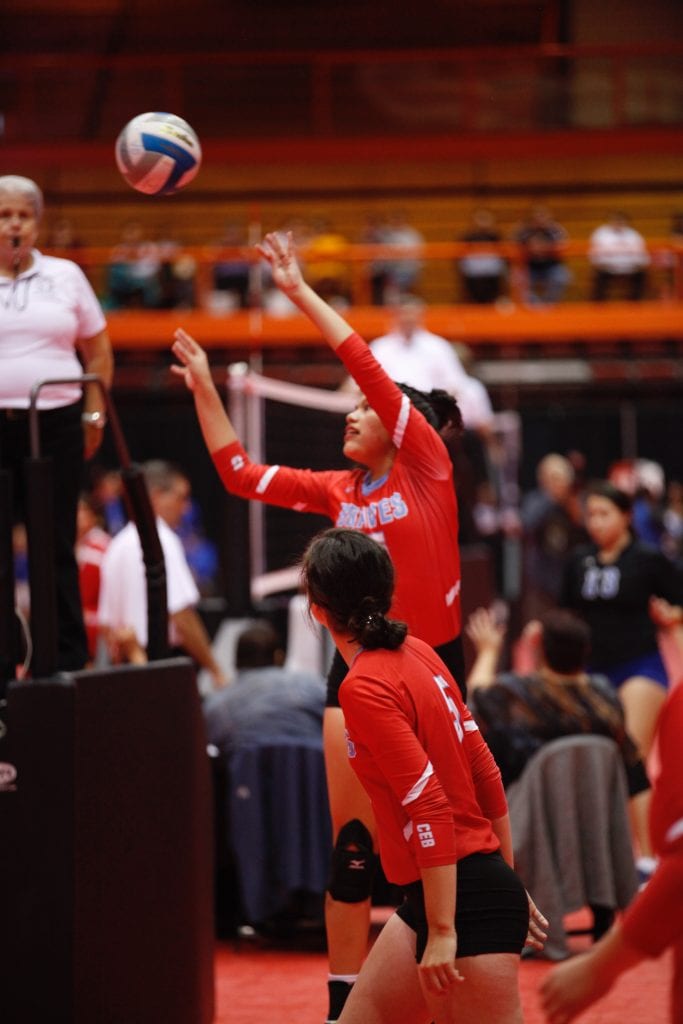 EAGLE PHOTO BY
DARREL EAGLE STAFF
C-EB’s Julia Spoonhunter tips the ball over the net against the Little Wound Mustangs on September 28-29.

That same night, the Dupree Tigers traveled to Lemmon to take on the Lemmon Cowgirls. The matches were intense, and although the Tigers gave it their all, in the end, the Cowgirls won three sets. The scores were 17-25, 21-25, 22-25. The Tigers ended their season with a 12-10 record.

Two nights later, Timber Lake, traveled to Newell to take on the Cowgirls for a spot as a SoDak 16 Qualifier. Competition heated up as the two teams faced off in five highly-intense sets. The Panthers won the second and third showdowns; however, the Cowgirls answered back by winning the fourth and final sets. The scores were 7-25- Lemmon, 25-14- Panthers, 25-19- Panthers, 19-25 Cow-girls, and 7-15 Cowgirls. The loss ended Timber Lake’s SoDak 16 quest, with a record of 18-7. 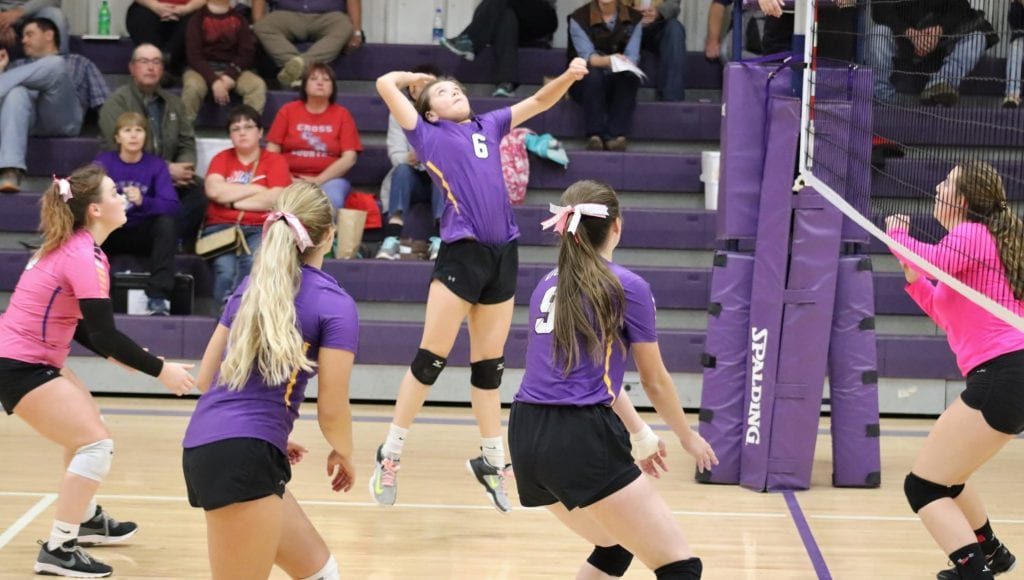 PHOTO BY ROBBI BIRKELAND
Dupree Tiger Kennedy McLellan prepares for a kill during their game against Stanley County on October 17.

The #5 seed Cheyenne-Eagle Butte Braves traveled to Crow Creek on November 5 to take on the #4 seed Crow Creek Chieftains. The game started off with the Braves sweeping the Chieftains, 25-9; however, Crow Creek answered with 25 points to the Braves’ 11 in the second set. The third set went to the Braves, 25-11, and fans from each team cheered loudly going into the fourth set. The Braves fought hard but in the end, lost the fourth and fifth sets, 12-25 and 15-4. The Braves ended their season with a 13-17 record.