(Editor’s note: West River Eagle does not normally use Facebook as a primary source but during this time, we decided it was important to hear Raye Lone Eagle’s story in her own words.) 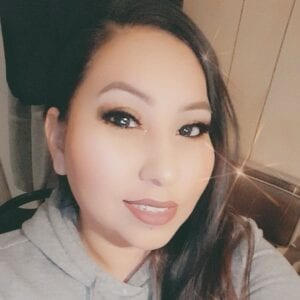 ested positive at the Eagle Butte Service Unit, and it was quickly established that the individual had travelled through several tribal public health checkpoints.

News of the positive case was shared by the individual herself, via social media before the announcement was made by the Tribe.

“Worst fear- please pray for my children and me. I tested positive for COVID-19, so if you were exposed to me, please get checked. No idea where I got it from,” posted Raye Lone Eagle of Eagle Butte.

As they did with the first case of COVID-19, CRST Tribal Health and the Indian Health Service began investigating first and secondary contacts who may have been exposed to Lone Eagle.

On Tuesday, Lone Eagle shared the news on Facebook that she was released from the Cheyenne River Health Center where she had been admitted on Sunday.

In a lengthy and detailed post, she explained that she initially went to the emergency room for another medical concern, but her temperature was 99.5, which prompted healthcare workers to swab her for COVID-19.

“They run tests and rush me to an isolated room. An hour later, they explained to me that my test was positive for covid. I went into shock, started crying, worried about my babies and who I’ve been around and quickly started praying for everyone’s safety,” she wrote in her Facebook post.

Lone Eagle explained that close relatives were quickly tested as well, “but everyone was negative.”

The normal symptoms of coronavirus did not affect Lone Eagle as much as she anticipated it would.

“I was fine, didn’t feel sick until after the fact that I found out, but the sickness I was feeling wasn’t like those symptoms. It was caused from what I originally went in for. But I’m thankful that it was minor for me but it might be worse for everyone else’s body,” she wrote on social media.

Lone Eagle said she has been taking precautions, including sanitizing her home, shoes, and wear-ing face masks, and that contacting the virus came as a complete surprise and shock to her.

“This whole time I was exposed to it by someone I trusted around me and my family, but [they weren’t] completely honest or had no idea they had it. No, I’m not blaming anyone, I’m just simply saying, if you feel light headed with a little shortness of breath or a sneeze/cough… keep a far distance from everyone,” she said on Facebook before urging the public to seek medical atten-tion if they experience symptoms of COVID-19.

Per Center for Disease Control guidelines, the patient is expected to quarantine at home for 14 days, said CRST Chairman Harold Frazier.

As he did with the first coronavirus case in April, the chairman called for unity, asking the public to come together as a family and to pray for the COVID-19 patient and their family.

33 positive cases on CRST: Chairman Frazier’s daily noon updatePotential COVID-19 Exposure at Sitting Bull Stampede.BREAKING: Over 50% of positive individuals on CRST are under the age of 18