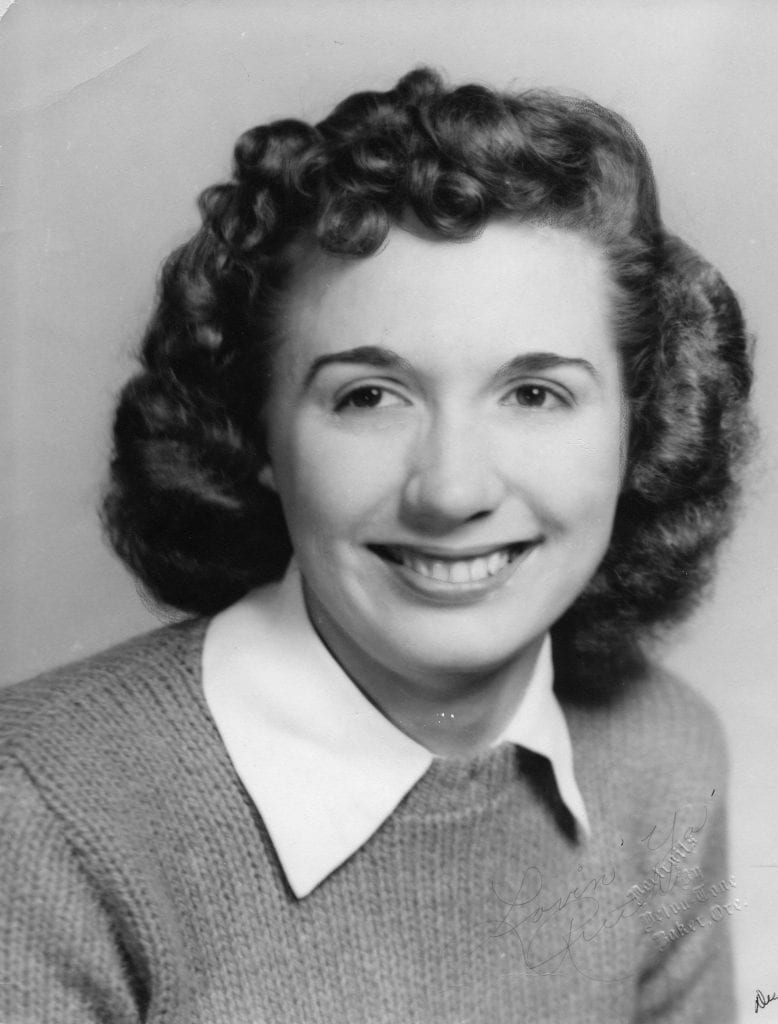 Funeral services for Ruth H. Truax age 93 of Mobridge were at 3:00 PM Friday, October 4, 2019 at Kesling Funeral Home. Interment was in the Greenwood Cemetery under the direction of Kesling Funeral Home of Mobridge. Visitation was prior to the services. Ruth passed away Saturday, September 28, 2019 at Walworth County Care Center in Selby.

Ruth Rivinius Truax was born September 27, 1926 at the Rivinius family farm in Ridgeview, South Dakota to William (WJ) and Sophia Sayler Rivinius.  She attended grade school in Ridgeview and high school at Plainview Academy in Redfield, South Dakota where she made many life-long friends. She graduated as class valedictorian from Plainview Academy in 1944.  After helping on the family farm for two years she took the train to Oregon to join her older sisters. She met Melvin Truax, a Minnesotan recently discharged from the U.S. Navy, in Oregon and they were married at her parents’ home in Ridgeview on May 11, 1947.  Their honeymoon began at the Brown Palace Hotel in Mobridge.  They lived in Pendleton, Oregon and worked at Harris Pine Mills until 1948 when they moved to Ridgeview to begin farming near her parents. They had two daughters, Roxanne and Jacque, and in 1953 they built the farm home they lived in for nearly 40 years. Their son Max was born when their daughters were ages nine and seven.

Ruth was the quintessential farmer’s wife. She was a full partner in every aspect of the farming operation and a meticulous bookkeeper and homemaker. In addition to being a truly gifted cook who could turn a meal for six into a meal for 12 in ten minutes, she was a creative seamstress and talented musician. She had a beautiful alto voice, loved playing the piano and was a church pianist for many decades. She was also an excellent writer who enjoyed writing letters and recording happenings on the farm and in the family in various journals. Her quick wit, love of word play and fun-loving spirit were legendary.

After Melvin’s death in 1989, she moved to Mobridge, South Dakota. Although she was still very involved with the family farm where her son Max had taken over, she enjoyed life in town as well.  She joined the bowling league and a few clubs and was increasingly active in the Mobridge Seventh Day Adventist Church.  She found her high school reunions to be a great way to keep in contact with her academy friends and in the early 1990’s re-met a high school classmate, Wally Amundson at a Plainview Academy reunion in Walla Walla, Washington.  While renewing their friendship, they fell in love and were married in August, 1996. Wally passed away in 1997.  Ruth always said she felt so fortunate to have found two such wonderful men in one lifetime.

Ruth doted on her grandchildren and “great grands” and they adored her. She was affectionately referred to as “GG” in her later years. Many of them lived far away from her which resulted in many cards, letters, phone calls, road trips and plane flights. Her entire family loved the way she could make them laugh and truly appreciated and admired her “feisty” spirit. She will be loving remembered and often quoted.