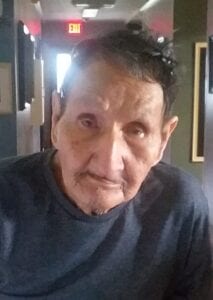 Robert was born on October 5, 1946 in Pierre, SD to Robert and Elsie (Pretty Bear) Tomahawk. Robert lived in Redfield, SD and Vermillion, SD before finding his home with Black Hills Works in Rapid City, SD in 1993.

Robert is survived by his sister Mary Tomahawk of Minnesota and all of his family and friends at Black Hills Works. He was preceded in death by his parents Robert and Elise (Pretty Bear) Tomahawk, sister Rose Tomahawk, brothers Harms Tomahawk, Albert Tomahawk and John Tomahawk.