Riding in prayer and solidarity 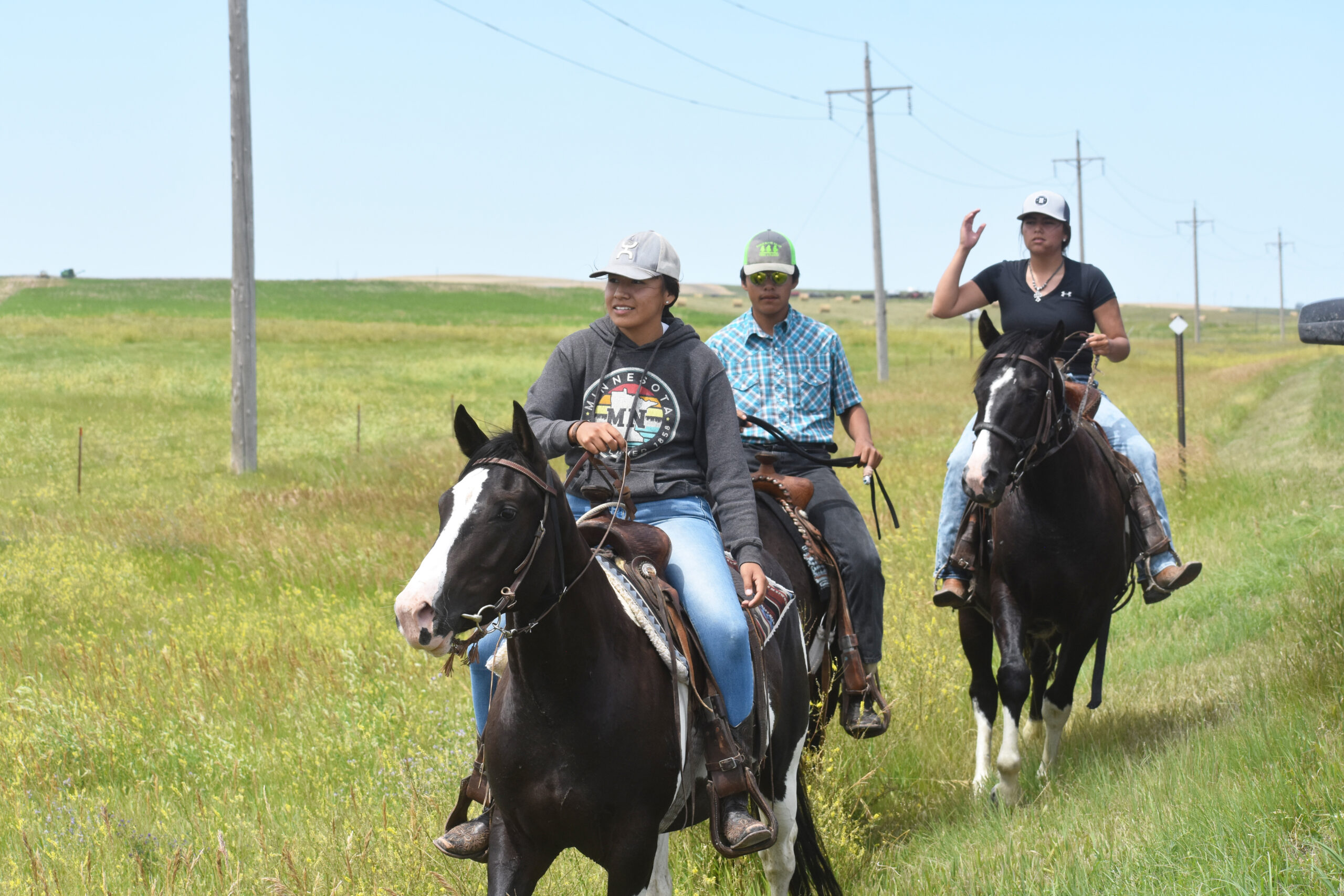 The Sunkwanka Agli Horsemanship Riders began their prayerful ride in Bridger on July 6. The group rode on horseback to every public health checkpoint on Cheyenne River, offering prayer throughout the journey.

The HAWK 1890 Wounded Knee Descendants joined the riders and together they spread the message of solidarity and support of the Tribal checkpoints and the Tribe’s preventative measures to keep residents safe from COVID-19.

In addition, the groups brought awareness to the epidemics that impact indigenous people, including Missing and Murdered Indigenous Women, suicide, and drug and alcohol addiction.

During the days of rest, the group offered traditional Lakota lessons on horsemanship, language, and culture.

Coordinator Roderick Dupris expressed his appreciation for the support of the riders, many of whom were youth riders, he also pointed out that the ride had the support of elders, including Wally Little Moon, who is a South Dakota Senior Games Hall of Famer. The 70-year-young Little Moon rode for most of the ride. 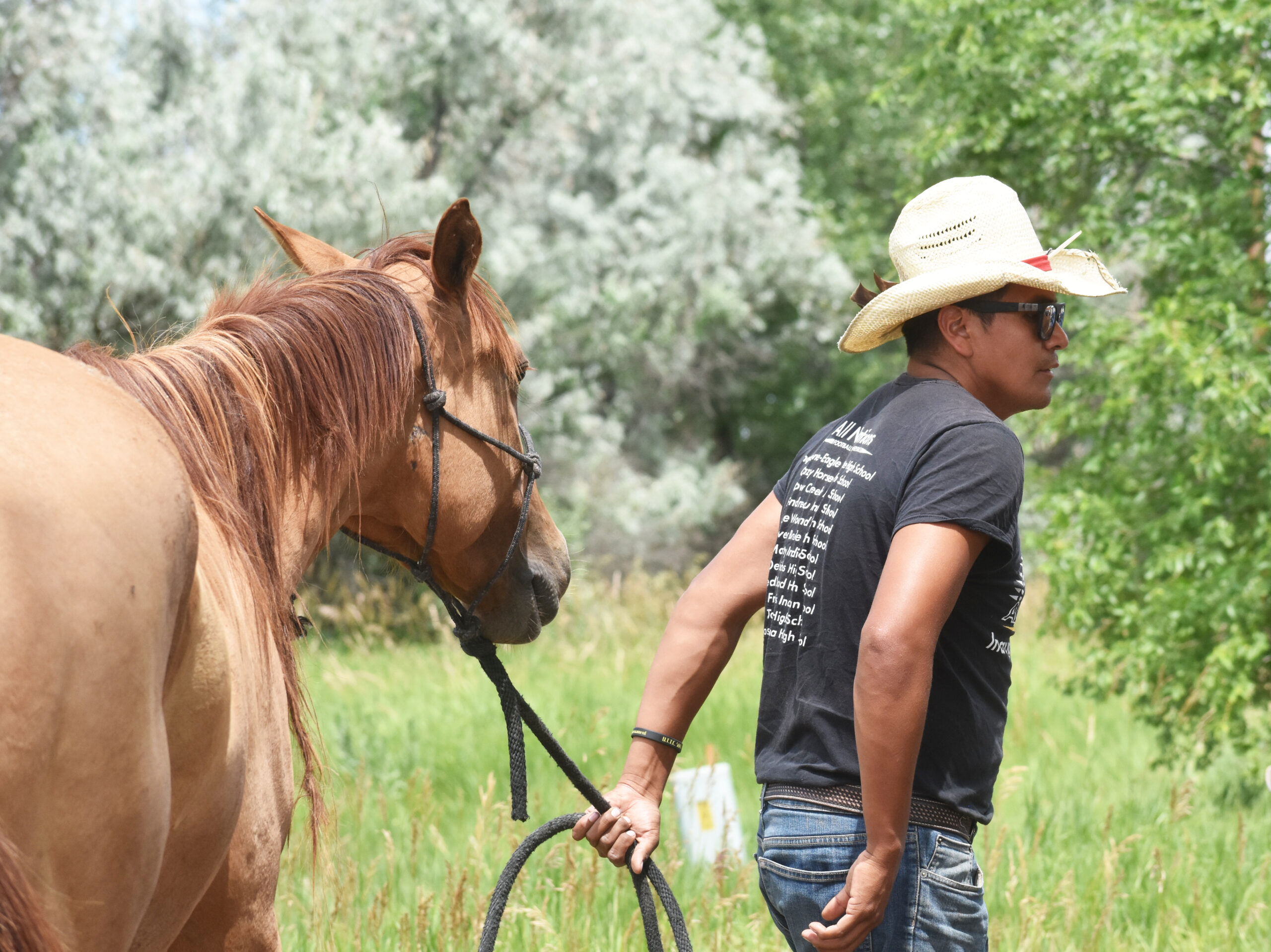 EAGLE PHOTO BY ALAINA BEAUTIFUL BALD EAGLE
Dewey KillsCrow leads his horse at the rest stop in Lantry where the group had lunch before continuing toward Eagle Butte. 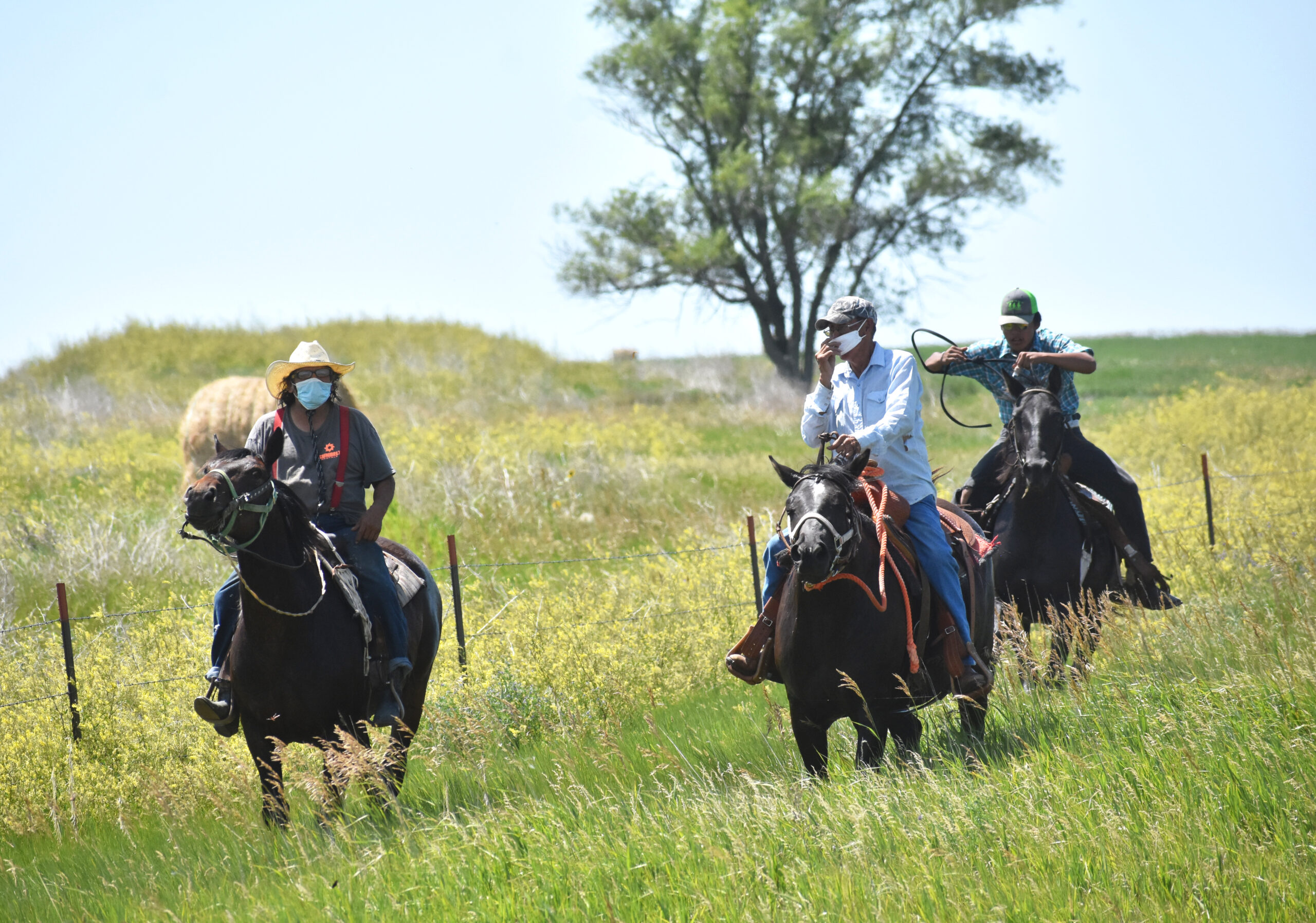 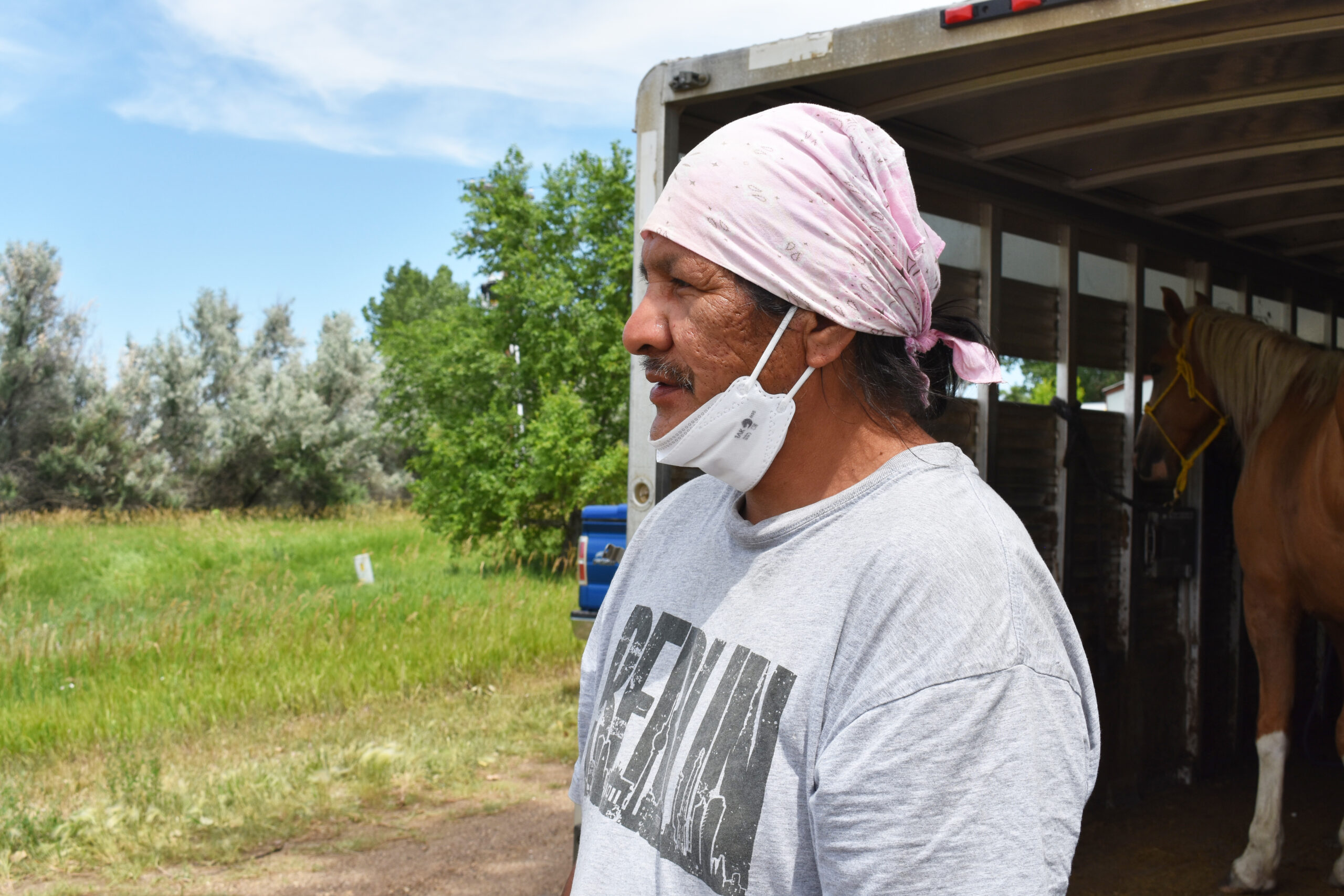 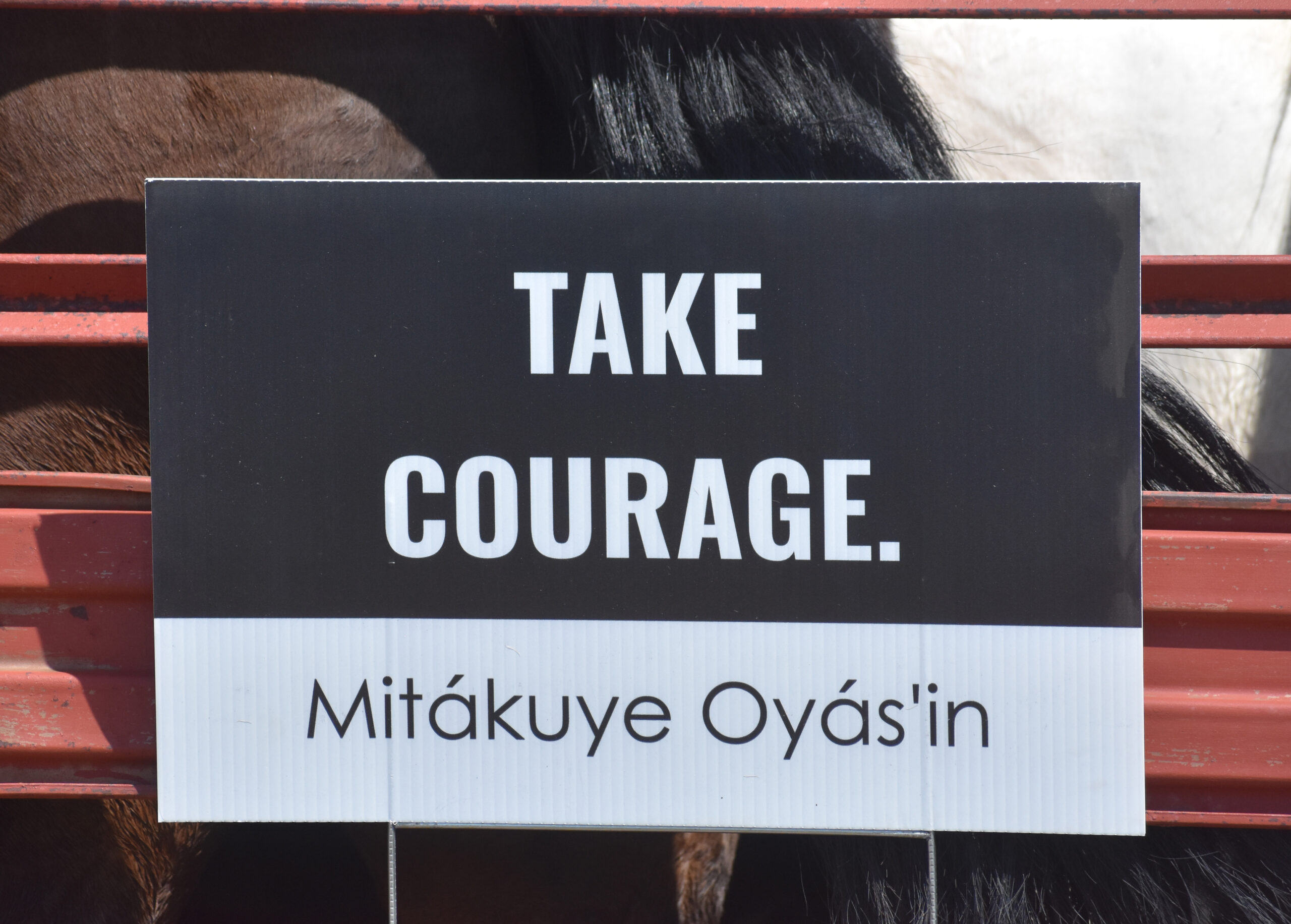 EAGLE PHOTO BY ALAINA BEAUTIFUL BALD EAGLE
Vehicles that drove alongside the riders displayed posters with messages about unity, courage, and bringing awareness to Missing and Murdered Indigenous Women.