Quit vaping; it may be a life-saving resolution 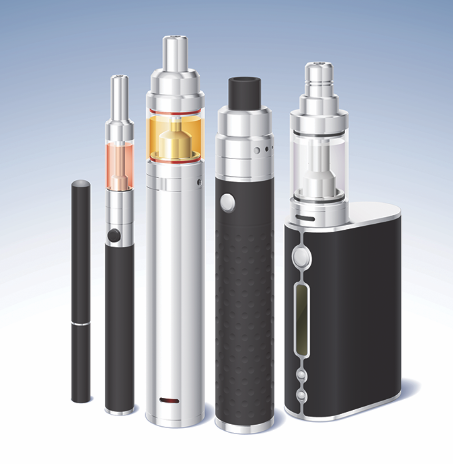 Electronic cigarettes and other vaping devices were once described as potentially “safer” and “healthier” methods of smoking, even by leading health organizations. Many former tobacco smokers even turned to e-cigarettes as a method to quitting traditional cigarettes. However, recent research into vaping and a rash of mysterious lung illnesses and deaths recently linked to vaping has led many to question if vaping is safe. Those who suspect it’s not may be wise to quit.

The Centers for Disease Control and Prevention says that, as of September 2019, there were 530 cases of vaping-related lung illnesses. Eight people also died in six states, with the first confirmed death occurring in April. The first known vaping-related illness in Canada was documented on September 18, 2019, when a youth from Ontario was put into intensive care for respiratory illness. While federal and state investigators are largely focusing their investigations on vape cartridges that likely contained tetrahydrocannabinol (THC), the psychoactive component linked to marijuana, as a potential source of these illnesses, all electronic cigarette devices are now under scrutiny.

Vaping has quickly become an epidemic in schools. More than 3.6 million American middle and high school students currently use e-cigarettes, according to the latest National Youth Tobacco Study. Teen nicotine vaping rates in 2019 were double those of 2017, the National Institute on Drug Abuse says.

Despite the installation of vaping detectors, and some schools going so far as to remove doors from bathroom stalls, opportunities to vape still abound. Older students may leave campus to vape in their cars during lunch breaks. Laws restricting sales of e-cigarettes to youth in certain states have already been implemented. Lawmakers also plan to ban most flavored e-cigarettes and nicotine pods in an attempt to curtail their use among teenagers.

Many adults look to e-cigarettes to reduce their dependence on tobacco products. However, Johns Hopkins Medical Center warns e-cigarettes are just as addictive. Also, many e-cigarette users get even more nicotine through extra-strength cartridges or by increasing the voltage to get a greater hit of the addictive substance. The Food and Drug Administration has not approved vaping as a smoking cessation method.

People never can be certain about the ingredients in vaping liquids. And as the popularity of e-cigarettes grows, newer, cheaper, and poorly regulated products are being imported from all over the world to meet the demand. According to the CDC, exposure to such products may cause a range of symptoms, including cough, chest pain, shortness of breath, fatigue, vomiting, diarrhea, and fever. There also have been cases of “popcorn lung,” which derived its name from a former chemical flavoring (diacetyl) used in microwave popcorn linked to scarring of the tiny air sacs in the lungs, resulting in suffocation. Popcorn lung also has been linked to vaping use.

More evidence continues to point to vaping as an unsafe practice. Quitting the habit now can have profound, potentially life-saving effects.