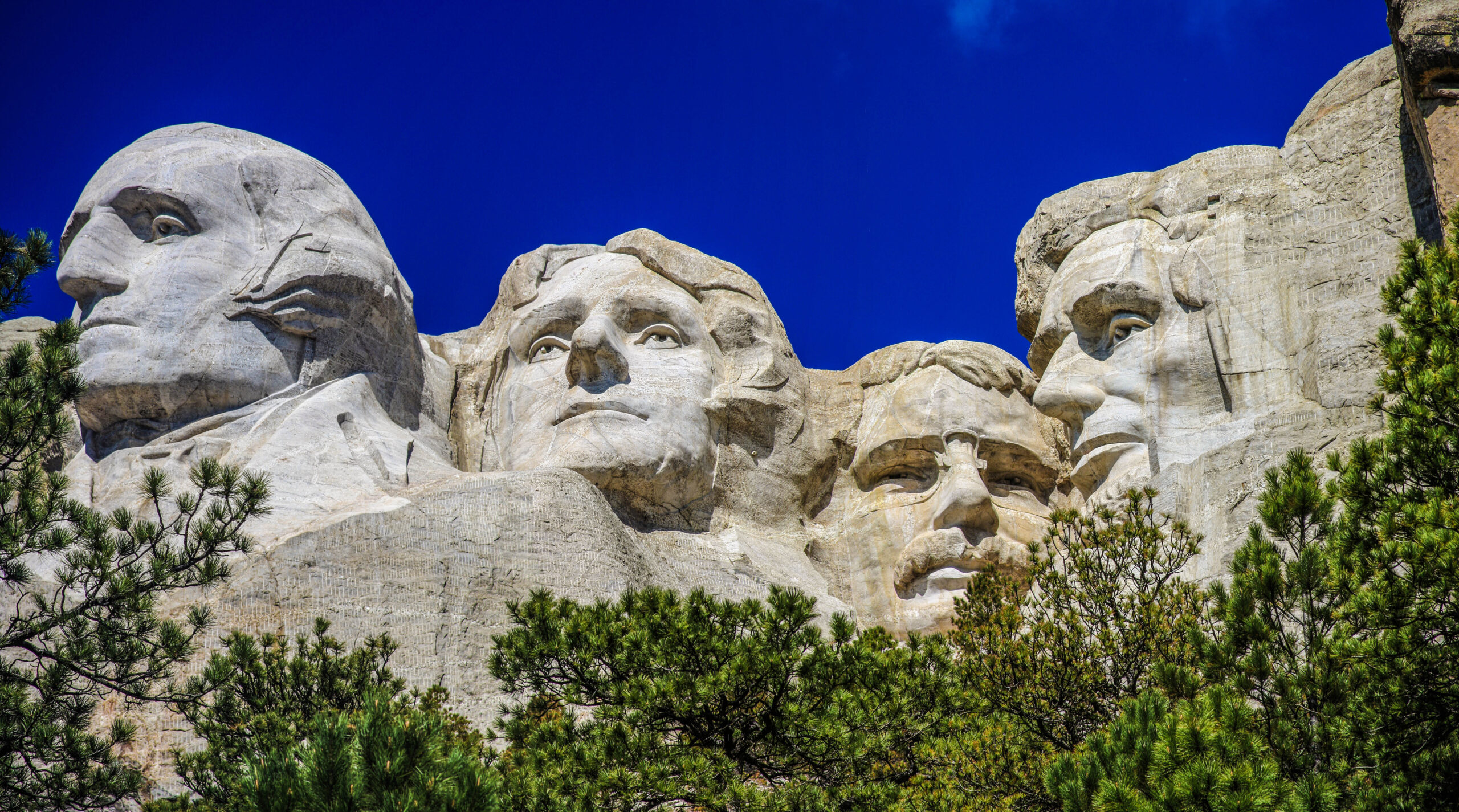 As a Lakota wicasa, I am angered by this wasicu who is coming to step foot on our Sacred Paha Sapa. He is not wanted or welcomed here on our sacred lands. Mount Rushmore is a desecration to the heart of our sacred lands and Unci Maka. Trump is up for reelection is using Paha Sapa to get votes. It’s a slap in the face for all tribes.

He’s just trying to get votes. Black Hills are sacred land to the Lakota and should be respected. Rushmore should never have been constructed on that site, but ignorance and racism allowed it to happen. He should stay away.

I think he is a patriotic president and loves our country. As a veteran and Lakota, I respect him. He is easy to hate but he doesn’t deserve it. As for the Black Hills, it is sacred, but so are many other beautiful places on this earth and if you are respectful then anyone should come visit the Black Hills. Mount Rushmore is like all statues- it’s there to represent our history.

Its mostly for tourists. Most locals don’t attend because its crazy packed. I dont like how our area is primarily about tourism, catering to privilage. I also hate Mount Rushmore. It’s a disgrace to natives. Many Lakotas were butchered so wasicus could dig for gold.

It’s just going to be another Tulsa Rally where people will end up in the hospital as Trump goes around with no care in the world. He Sapa is our motherland, winter camp, and our creation story began in Wind Cave. Many good feelings when you approach these mountains.

The Black Hills are a beautiful majestic area. I think Trump’s presence is as welcomed as almost any U.S. president that’s made promises to our Native communities and not followed through with it. I think his recent political stunts will only hurt his chances.

I wish Trump weren’t coming. The Black Hills are holy. All of it. The wakinyan love it and come to visit often. The Mount Rushmore disaster is a sacrilege.

The Black Hills will always be ours despite the over commercialism and capitalist colonizer invasion. Mount Rushmore was carved by a known white supremacist on an outcropping called the Seven Grandfathers by us Lakota. Trump has a long history of racial bias and ignoring experts like the National Park Service- the experts who say a fireworks display is dangerous. Governor Noem is feeding into this racist president’s agenda for her own agenda. She is complacent, feeding these false narratives and putting our Black Hills in danger for all South Dakotans. Trump is merely ticking one more thing off on his bucket list and looking for public relation kudos and picture opportunities to feed and fuel his campaign for reelection. He doesn’t care one iota for the farmers and ranchers and even less for the Native people. He’s a racist, and a pedophile, a misogynist, and corrupt to the very core.