The Oomaka Tokatakiya (Future Generations Ride) got underway on December 15, the anniversary of Sitting Bull’s death in 1890.

Leaving from the Tȟatȟáŋka Íyotake/Sitting Bull homestead in Rock Creek, riders and support vehicles will travel more than 300 miles. Sixteen riders left from Rock Creek. By December 21, at least 32 riders were in the group.

By the time the riders leave Bridger on December 23, they expect to have at least 50 riders for the last legs from Bridger to Wounded Knee and Pine Ridge. Most of the riders are under 30. A majority of them are teenagers. Elders and parents are along as support vehicles.

The ride remembers the events leading up to the massacre of Miniconjou Lakota leader Spotted Elk/Uŋpȟáŋ Glešká, also known as Big Foot, and his band at Wounded Knee and traces the path of those who fled from the massacre toward safety in Pine Ridge. The ride follows in the tradition of the Si Tanka Wokiksuye Sungawakan Akupi (Big Foot Memorial Ride).

The ride is meant to be a time of spiritual development and prayer, and to help heal the historical trauma from the massacre still carried by Lakota people today. Yet there are divergent opinions on how best to heal that trauma.

Advocates of the ride point to the lessons it teaches young people about where they came from, the resilience and survival inherent in them, and how to honor those who came before.

Detractors of the ride say it is disrespectful to the dead of Wounded Knee and the descendants of the survivors.

Survivors’ groups such as HAWK 1890 have asked for the ride to cease, pointing out that the original Si Tanka Wokiksuye Sungawakan Akupi was only ever meant to go on for four years. The original ride ended with a Wiping of the Tears ceremony officially close the mourning of the families and allow the ancestors to rest.

The Oomaka Tokatakiya (Future Generations Ride) is the current incarnation of the Si Tanka ride, with a new staff. So in effect the ride has gone on every year since 1986. The descendants feel the ride exploits the memory of their ancestors.

After 1990 present organizers continued the ride at the request of the young people. Some of the original riders have passed on, but the young people they mentored continue to ride and pass along their wisdom.

Supporters of the ride acknowledge the history of the ride as a way to heal inherited trauma. Many of the riders are descendants of both the victims and survivors of the massacre. They ride to represent their families.

In a sense, the intention of the original Big Foot ride to honor those who died and survived is incorporated into today’s ride. At the same time, today’s riders see that the current ride as way to form young people with an eye towards the future.

The path of the ride goes through three reservations: Standing Rock, Cheyenne River and Pine Ridge. The ride culminates on December 29 with travel from Wounded Knee to Pine Ridge.

The schedule of the ride is: 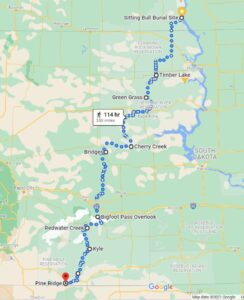 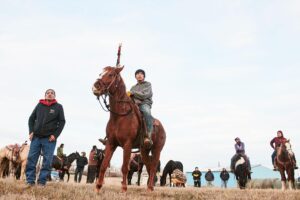 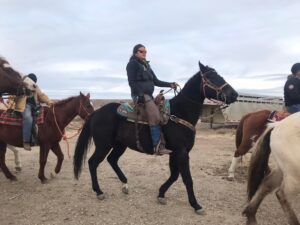 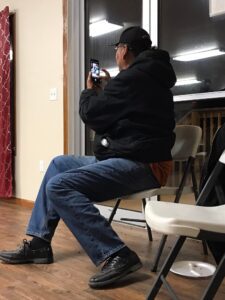 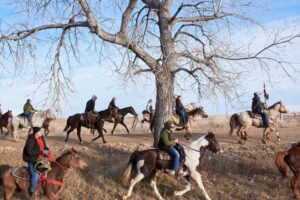 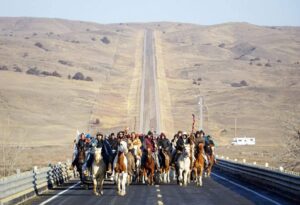 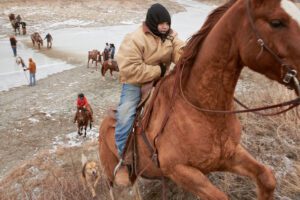 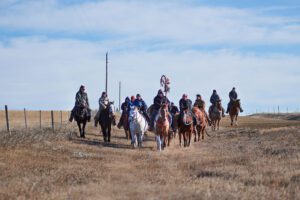