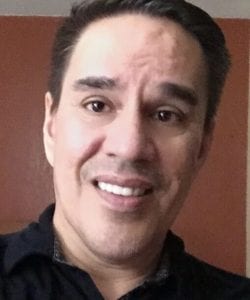 Indigenous nations throughout the United States, and throughout the globe, have entered an era of needful and authentic reclamation in the 21st century. In the wake of hundreds of years of stifling oppression and irreversible genocide, on an unfathomable scale and still not fully recognized as such in all historical contexts, we have now decided and continue to decide that our history – and indeed ourselves – will be defined by us. In unison, we are empowering and empowered and becoming utterly visible, not just to ourselves but to the rest of the world, as we must be in order to keep reclaiming our unique lifeways.

One of the most effective methods toward greater realization of the work of reclamation is to uphold tribal sovereignty. The ability and the decision to self-govern in ways that are viable, relevant, responsive and responsible are inherently ours. It is therefore crucial that we retain our right to autonomy, enhancing and strengthening it to the point of de facto existence everywhere, so that we are genuinely seen and heard – or made visible – and are recognized as not being mere tokens, symbols and caricatures. Tribal sovereignty must move well beyond symbolism, which in turn will continue to propel us beyond the generalized nonhumanistic treatment we have endured for far too long, whether doled out explicitly, implicitly or complicitly.

Native nation rebuilding is a philosophy espoused by Native Nations Institute for Leadership, Management and Policy, or NNI for short, part of the University of Arizona, and Native Governance Center, as a partner organization. Both organizations emphasize strengthening tribal sovereignty via Native nation rebuilding (or building), which is defined by NNI as the “efforts Native nations make to increase their capacities for self-rule and for self-determined, sustainable community and economic development.” And further, “(n)ation building involves building institutions of self-government that are culturally appropriate to the nation and that are effective in addressing the nation’s challenges. It involves developing the nation’s capacity to make timely, strategically informed decisions about its affairs and to implement those decisions. It involves a comprehensive effort to rebuild societies that work. In other words, a nation-building approach understands that tribes are not merely interest groups, but governing nations confronting classic problems of human societies.”

The time-tested means to the end that is Native nation rebuilding has emerged as five core principles identified by NNI and the Harvard Project on American Indian Economic Development as follows:

• Sovereignty. Native nations that have been willing and able to assert self-governing power have significantly increased their chances of sustainable economic development.

• Cultural match. Institutions that build and innovate upon Indigenous conceptions of authority fare better than those whose form departs from such conceptions.

• A strategic orientation. Successful Native nations tend to approach development not as a quick fix for poverty but as a means of building a society that works.

• Leadership. Within successful Indigenous nations, there is typically a group of individuals who recognize the need for fundamental change in the way things are done and can bring the community along with them in building that future.

The handful of tribes, including the Mohawk Community of Akwesasne and the Ktunaxa Nation, both sharing geography with Canada, and the Citizen Potawatomi Nation, which shares geography with Oklahoma, that had founded their overall practice of self-governance in these five core principles, or some variation thereof, even prior to the formalization of the principles, have seen their communities’ political, economic and social institutions become better equipped to meet the people’s needs and even thrive following years of stagnation in which a now-conventional, or standard, form of governance based on non-Indigenous models was utilized. More and more tribes throughout North America are adopting and investing in this nation-building approach as part of the inevitable process of reclaiming historical practices and remaking them in modernity in ways that preserve the original intent, scope, meaning, value and – ultimately – impact of these historical practices.

Native Governance Center, through its Native Nation Rebuilders leadership program and along with NNI, has been instrumental in spreading the message of Native nation building/rebuilding. As a member of the Native Nation Rebuilders Cohort 9, I have gained invaluable knowledge and skills that I believe have established me as a competent, lifelong proponent of the nation-building approach to tribal governance. Further, I have gained invaluable insight into our ongoing challenge as Indigenous peoples to effectively decolonize ourselves, in recognition of our ancestors and all that they endured; in support of ourselves and our children and families; and as our legacy for the generations yet to come. In asserting our autonomy, we reclaim our narratives and the telling and course of our histories as individual tribes.

As Indigenous peoples, we have most assuredly crossed another tipping point from which there is no return. And that is a good thing.

For more information on Native nation rebuilding and the organizations that support it, visit Native Nations Institute’s website at nni.arizona.edu and Native Governance Center’s website at nativegov.org.

Jesse Abernathy, a member of the Cheyenne River Sioux (Lakota/Dakota) Tribe, which shares geography with South Dakota, holds a Master of Social Work degree and is an award-winning former journalist. He is originally from Chamberlain, South Dakota, and currently resides in Sacramento, California. Reach him at JesseFilcaske@gmail.com.

EDITORIAL BOARD: The single most powerful act of love is to listen and to listen nowRacism is not PoliticsSenator Rounds’ Column: Coming back stronger