Notable moments in the career of Martin Luther King, Jr. 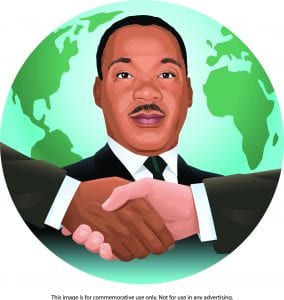 Each January, Americans honor the life and work of Martin Luther King, Jr. Born in Atlanta, Georgia, on January 15, 1929, King would grow up to become one of the most influential people of the 21st century.

Martin Luther King, Jr. Day is a federal holiday celebrated on the third Monday in January each year. Taking time to learn about some of the many notable moments in King’s career is a great way to honor his legacy.

After attending segregated public schools as a child, King was accepted into Morehouse College at the age of 15. Morehouse College was the alma mater of both King’s father, a pastor, and his maternal grandfather. While King studied medicine and law at Morehouse, perhaps the first major moment of his career in the ministry occurred while he was a college student. It was at Morehouse where King was mentored by the highly regarded theologian and racial equality advocate Dr. Benjamin Mays. Before his final year at Morehouse, King, now 18, chose to enter the ministry.

Montgomery, Alabama, was a highly segregated city when King and his family relocated to Alabama in the 1950s. Shortly after the King family moved to Alabama, an incident involving a 15-year-old black schoolgirl in Montgomery who refused to give up her bus seat to a white man highlighted racial tensions in the city. Those tensions escalated further nine months later, when 42-year-old Rosa Parks rejected a bus driver’s plea that she give up her bus seat to a white passenger in a section designated for black people. As a result of these incidents, King organized the Montgomery Bus Boycott, which lasted for more than a year but ultimately led to the end of racial segregation on all Montgomery public buses.

The Montgomery Bus Boycott made King a national figure, and he capitalized on that recognition to help establish the Southern Christian Leadership Conference. The SCLC was a group of civil rights activists devoted to nonviolent protest. As SCLC president, a role he held until his death, King traveled the globe promoting nonviolent protest and civil rights.

King played an integral role in the organization and execution of the March on Washington for Jobs and Freedom in August 1963. Estimates suggest as many as 300,000 people attended the march, which is considered a watershed moment for the civil rights movement that shone a light on the injustices faced by African Americans across the country. The march culminated with King delivering his most famous address, which is often referred to as his “‘I Have a Dream’ speech.” King delivered the speech while standing on the steps of the Lincoln Memorial and shared his view of a future for the United States in which all people would have equal rights and opportunities.

Martin Luther King, Jr., was a remarkable human being. Celebrations of his life can involve revisiting some of his more notable moments.