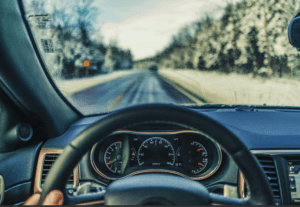 PIERRE, SD — A bill that would lengthen the amount of time young drivers need to get experience behind the wheel barely squeaked through the Senate on Wednesday.

SB113 calls for young drivers with instruction permits to be required to drive a minimum of 50 hours under the supervision of a parent. Ten of those hours must be in inclement weather and no less than 10 hours at night. A parent or guardian will attest in writing that the young driver met the requirements prior to the driver being issued a restricted permit.

The legislation seeks to lengthening the time young drivers have restricted permits from 90 days to 180 days.

Experience, more than just age, determines if a young driver is ready for a driver’s license, according to Sen. Deb Soholt, R-Sioux Falls.

“Our teens need more experience to drive safely on our roads,” Soholt said.

“All too often we in government have a very paternal instinct,” Russell said. “We’re getting into the role of the parents of these kids. That’s not government’s role.”

The parental reporting portion of the bill would mean “turning our parents into liars,” Russell said.

Soholt said parents would be happy to learn that their children need to spend more time behind the wheel to develop the muscle memory that will make them safe drivers.

“Parents would say, ‘I welcome that,’” according to Soholt.

The bill was endorsed by the Senate on a vote of 19-14. It now goes to the House.

Dupree School partners with area groups to provide meals for studentsAre your kids bored? “Be an Explorer” series uses Facebook Live to introduce them to scienceSouth Dakota beef producers reeling from COVID-19 epidemic and price irregularities