A new docuseries on Netflix called, “Basketball or Nothing” gained national attention and a fan following after its debut earlier this month.

The series consists of six episodes which run about 30 minutes long, and follows the lives of the Chinle Wildcats basketball team during their 2017 season.

Chinle High, the largest school on the Navajo reservation, is located in Chinle, Arizona, the heart of Navajo land.

Initial practice sessions are tense as Mendoza repeatedly explains to the team that their rezball style of play, an aggressive and fast-paced game, will not lead them to the state title. Instead, Mendoza stresses patience, discipline and the development of a strong defense — teachings that clash with the students’ preferred court style.

Not long into the series, as we watch the team evolve and stack up their wins, we are privileged into the lives of the players and the reality of the daily obstacles they must overcome — poverty, single-parent homes, alcoholism are some issues they face.

These issues are deeply rooted in historical trauma and are directly connected to the struggles that Native people face today, says Martin, as he talks about the darkest time in Navajo history — the Long Walk.

Beginning in 1864, over 9,000 Navajo people were forcibly removed from their homes and were made to walk over 600 miles to Fort Sumner, New Mexico. After four years of imprisonment, which resulted in the deaths of thousands of their people, Navajo leaders successfully negotiated a treaty which allowed them to return to their homelands.

“When we talk about resiliency and how it relates to our kids, our culture has unique aspects of resiliency that have been built into who the Navajo people are and how we live today,” said Martin.

In one scene, that resiliency and hard work is shown by a player named Cael, who wakes up at 5 am to help haul water from a nearby well, before he gets ready for a one-hour bus ride to school.

“Doing these things outside of him going to school, being a student athlete, it teaches him responsibility in my eyes, as well as my other children’s eyes. They have to work for what they want in this world. Nothing is going to be easy, nothing is going to come free. If they want something best for themselves, they are going to have to go out there and get it,” says Cael’s mother.

An important cultural aspect of the Navajo people that is shown, although not obviously pointed out in the film, is the importance of the Nation’s matrilineal and matriarchal society. The players speak openly and emotionally about the love and respect they have for their mothers, with one player vowing to graduate with a degree and to take of his mother in her old age.

Throughout the series, the filmmaker captures the breathtaking scenery and landscape of the Navajo reservation. We also see intimate footage of Coach Mendoza’s patient teachings, and incredible action-packed basketball sequences in the Wildcat Den, the fourteenth largest high school arena in the nation with its 7,000-seat capacity. 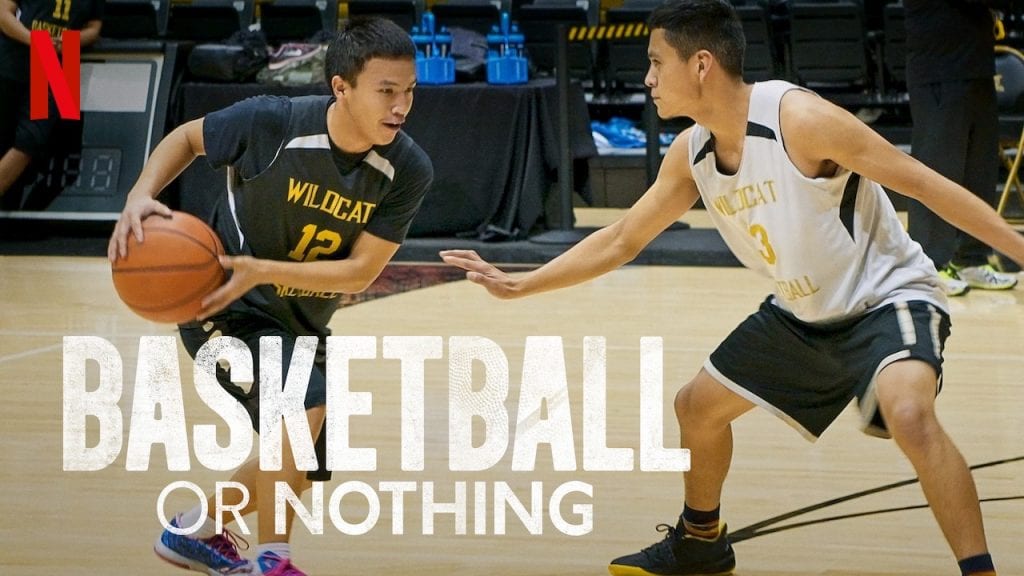 Netflix’s “Basketball or Nothing” is not just a story about the sport, it is a story about hope, hard work, resiliency, and overcoming historical trauma — issues that affect Native people throughout the country. Grab some popcorn and a box of tissues before watching the series.