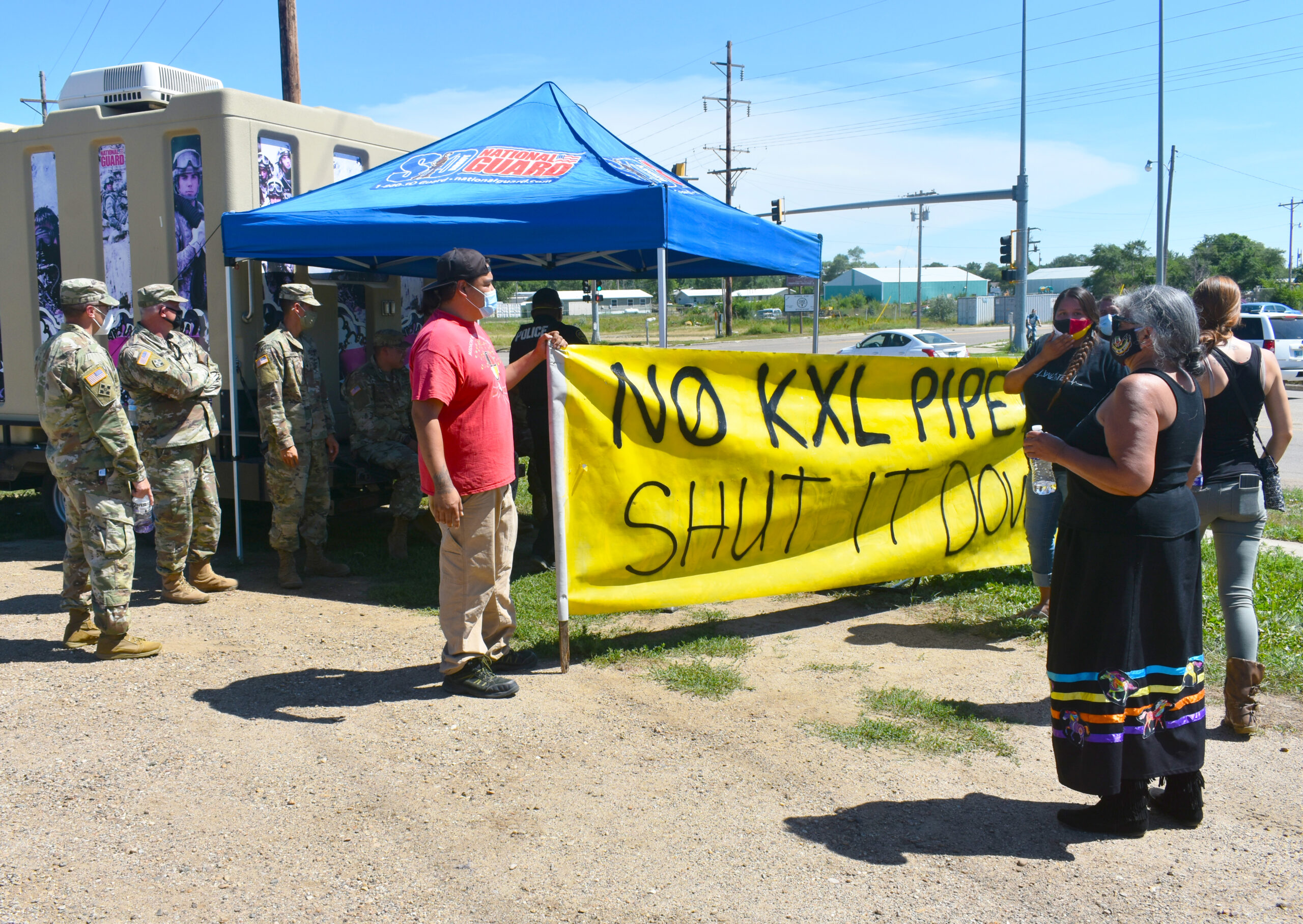 EAGLE PHOTO BY ALAINA BEAUTIFUL BALD EAGLE
A protest occurred on the corner of Hwy. 212 and Main Street in Eagle Butte on Aug. 11 after the South National Guard set up a recruiting area.

South Dakota National Guard recruiters from Pierre set up a recruiting station in Eagle Butte on Aug. 11 and were met with resistance from protestors. The six guardsmen were confronted by demonstrators who shared their feelings about military actions at Wounded Knee in 1890, for their presence at the NoDAPL protests, and for their actions in Keystone during the Mt. Rushmore Fourth of July weekend.

“The reason why we’re out here protesting is because of what they did to our ancestors and for what they do to our people,” said Vivian High Elk.

The Staff Sergeant in charge stated his office applied and received an approved travel permit to come onto the reservation weeks prior.

A CRST Tribal Law Enforcement officer arrived on scene and informed both groups that the National Guard had approval to continue their recruitment effort.

“You guys can continue protesting, as long as you don’t bother one another,” stated the officer to both parties.

A young man showed up and was getting information from one of the recruiters while the protestors carried on.

“I have recruited out of this area for the past eight years. We get outstanding soldiers from here who are top notch,” said the Staff Sergeant. 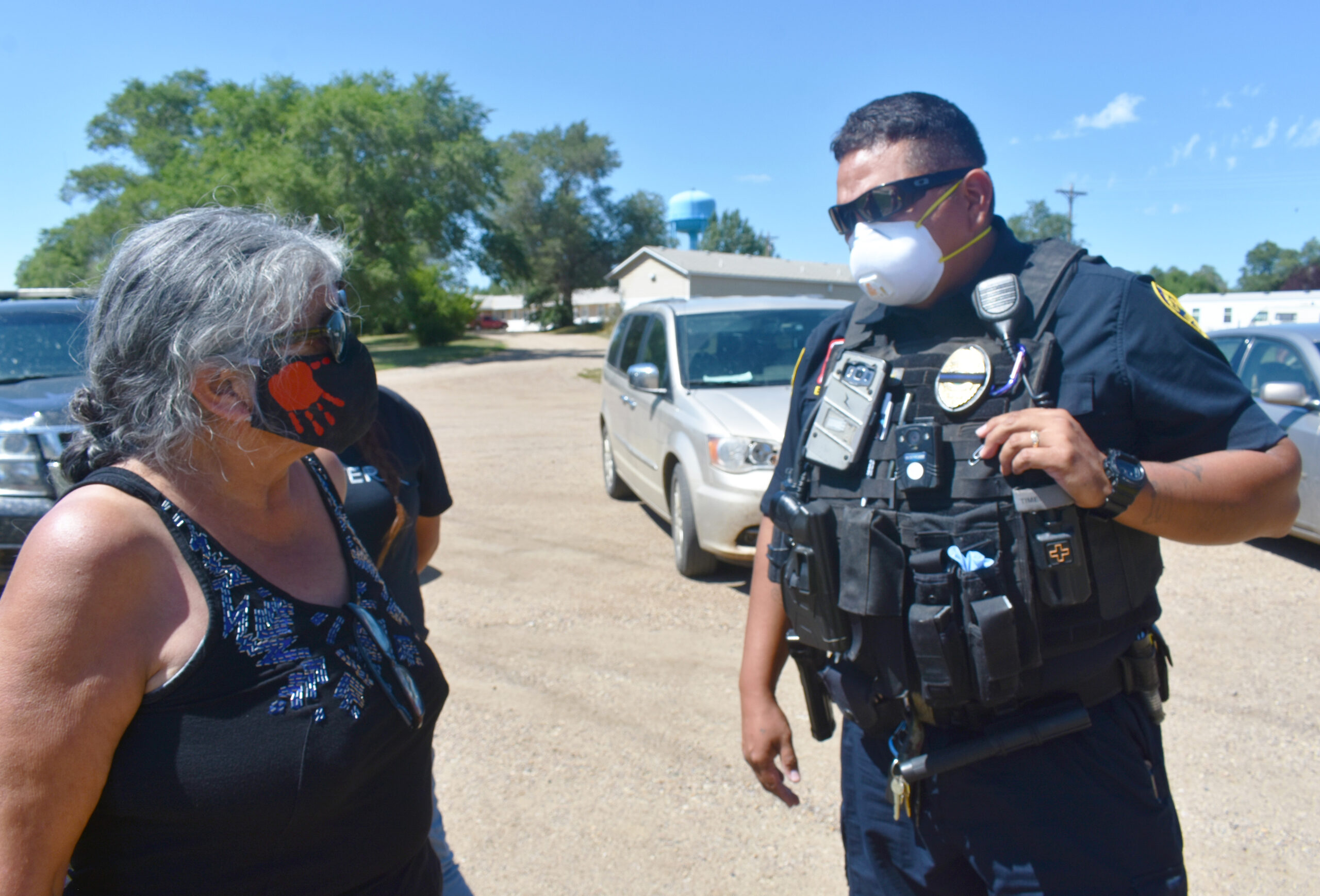 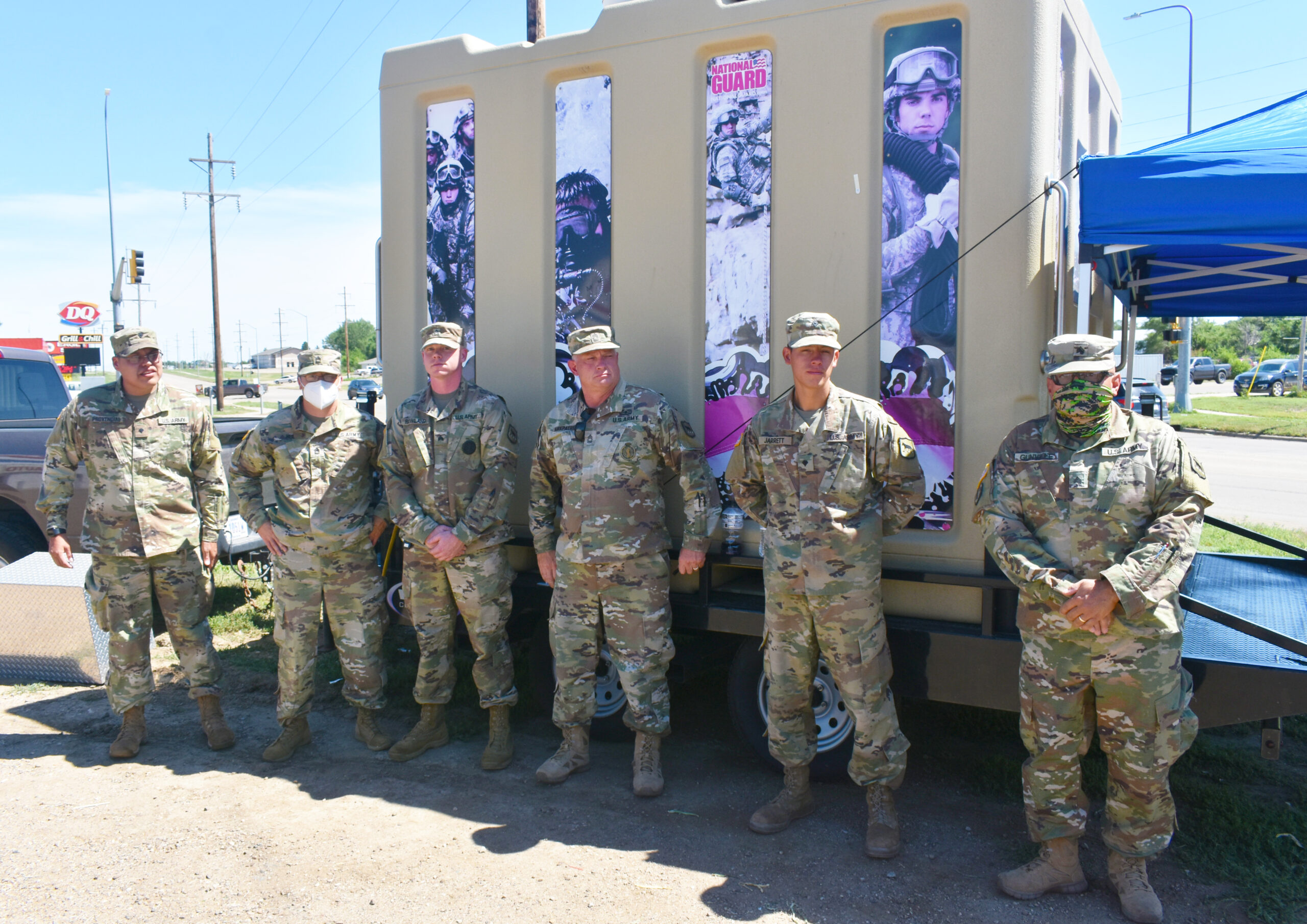 EAGLE PHOTO BY ALAINA BEAUTIFUL BALD EAGLE
Above: The Guardsmen take a moment for the camera. Three of the servicemembers were Native American, and at least one of the Guardsmen was from Cheyenne River. 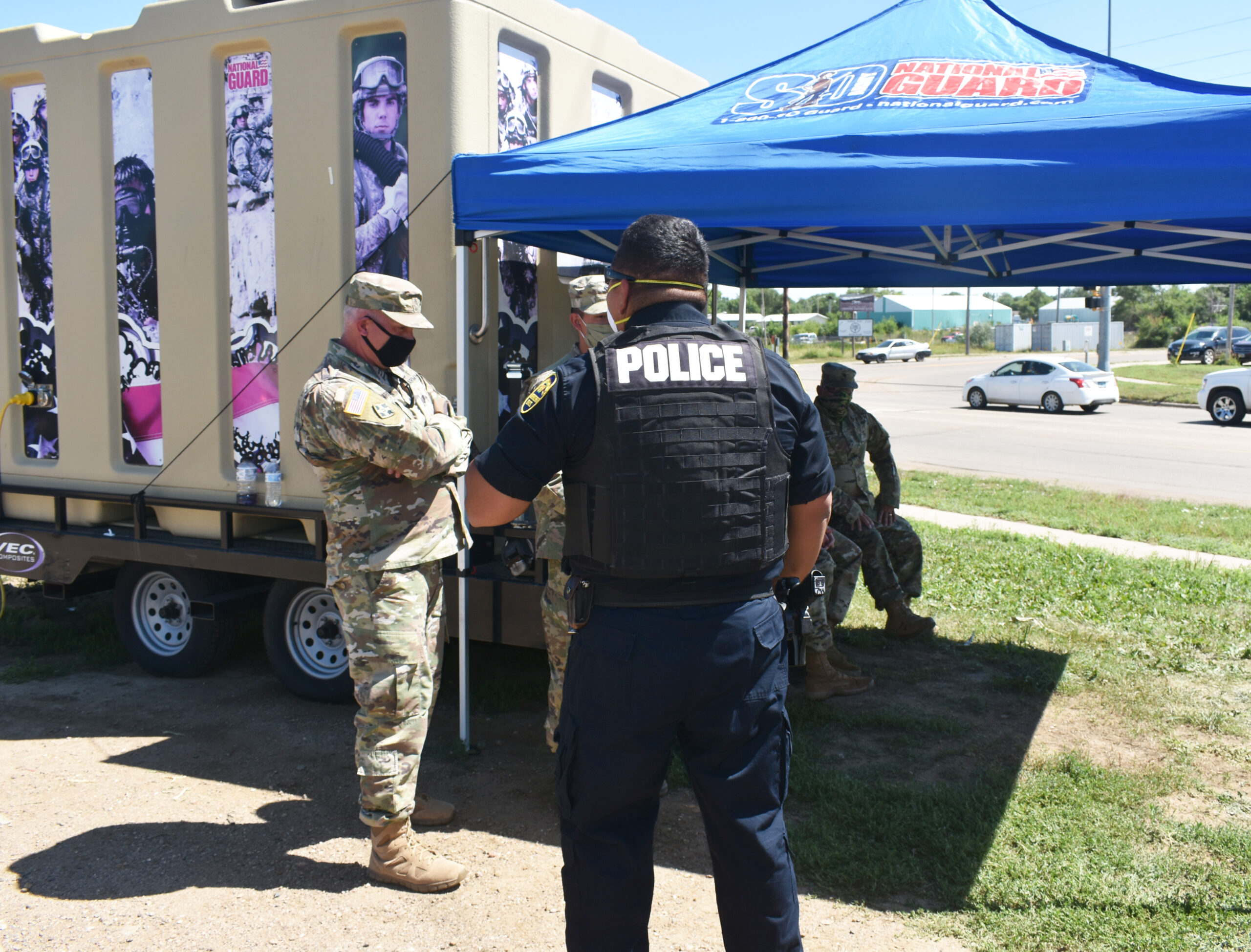 EAGLE PHOTO BY ALAINA BEAUTIFUL BALD EAGLE
A tribal law enforcement officer explains to guard members that they have clearance to continue their operations, as do the protestors.