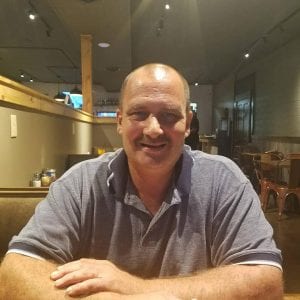 Greetings everyone, I hope this past week all has been good for you and your families. This week I will talk about the different women who shaped my love for gardening.

As most of you know, I did not grow up here—I grew up in a couple of small blue collar towns in the Pacific Northwest called Westport and Steilacoom. Westport is where my family’s boats were homeported and was an all-out fishing town of about 500 people. About half of the tribal boats worked out of the Nisquallies and the Puyallups. Today the industry is all but gone and millionaire homes and condos have taken over.

Steilacoom was mostly a mill worker town and military town as it was near Fort Lewis and McCord Air Base. Most families were in the paper and lumber mill trades or worked at Boeing. Today the mills are gone and it’s a town of upper middle class and upper class with porches bigger than the house I lived in.

I consider myself very fortunate to have had the opportunity to be raised by not by one Mom, but three. In these small towns everyone knew each other and all of us kids had the run of each other’s houses. Both my parents were gone a lot for work so I was raised to a point by some amazing women who ultimately shaped who I am today. This is true for my siblings as well.

My birth mom was Beverly- she came from a very abusive home and within weeks of meeting my father, she married him. She was determined to break the cycles from where she came, and did just so. My Mom also loved her yard. She was a firm believer early on that the ways of the world must change to be a greener one. Our little yard at one time was filled with trees.

My next Mom in my life was a childhood friend’s mother, Hanalore Ficke. She was a child survivor of the Holocaust. Her story of survival and finding her way to the States is a novel in itself. She was a true believer that you should never rely on any government for anything. At her home I learned about container gardening and how to cook amazing food, as well as how to figure out what had to be done and how to do it.

My last Mom of my childhood is in no way the least. She was the mom of my best friend, Joe. She was indigenous, originally from a small village in Thailand. Before meeting Joe’s dad, she was a freedom fighter who went to help get people in Vietnam to safety. She walked mine fields and dodged soldiers trying to kill indigenous Vietnamese. She traversed miles of jungle and for lack of better words, utter hell. She met my best friend’s dad in Thailand in 1970 and they married. Her name is L. Yep that’s it one letter, L. After coming to the U.S. she continued to help war refugees orphans find family and adoption families of the same tribe. L was the master gardener. At her house she grew figs inside, corn that was 7 ft high, and tomatoes that were giants. She also was an environmentalist, who believed that things like corn gluten was better for weed control. She made sure she had water features to encourage birds to come and eat the pests, and she also grew freshwater seaweed that put oxygen into the water. It was this water that she irrigated with.

I also want to mention our local women warriors who have been answering the call to fight different battles here on CRST and beyond. The women in my life are who have molded me and whom I continue to learn from and hone that mold. I got my first education in gardening from my mothers and they helped direct me into landscaping and landscape construction. Here are some ideas that you may want to incorporate into your garden:

Any garden can have a useful water feature. For an apartment, place a plate of water on your balcony for feeding birds. If you have more space, you can set up an actual bird bath- these also provide water for insects as well.

Change your water every 3 days to avoid getting mosquito larvae.

Make sure you have drip pans for pots on surfaces like concrete, this way the plant can draw extra water as needed if you are gone for a while.

Placing garden felt at the bottom of pots will allow for drainage without soil loss.