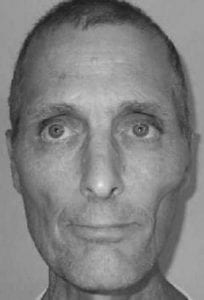 Originally printed in the Aberdeen News on May 3, 2019

Update: Nicholas Scherr was released on Thursday, July 11, after serving 23 years in prison. He will reportedly live in the Sioux Falls area.

The granddaughter of Candace Rough Surface never knew her grandmother, but the death will forever affect the Timber Lake teenager’s life.

“I distinctly remember as a kid knowing what had happened to my grandma,” Rough Surface said.

“I had no idea who Nicholas Scherr was, but I knew that someone had killed her. We had a picture of my grandma Candy, which is the only picture I have ever seen of her, framed and in a box with the rest of my baby things. I used to hunt for that framed picture at a very young age, and when I found it I’d sit in the hallway and cry. I remember doing this at least a couple days out of the week for I don’t know how long. I never knew the true details of what happened until they came out with the episode during ‘Swamp Murders.’ My mom recorded the episode, and one day I watched it. I bawled my eyes out.”

The case was solved in 1995 when James Stroh II’s former mother-in-law relayed to authorities that Stroh and his cousin, Scherr, raped and killed Candace Rough Surface. Both men pleaded guilty. Since Stroh cooperated with authorities, he faced lesser charges. He pleaded guilty to second- degree manslaughter and aggravated assault and was sentenced to 15 years in prison. He was released in 2004.

Scherr was initially charged with first-degree murder but took a plea agreement with the state and admitted to first- degree manslaughter. He was sentenced to 100 years in prison.

According to an American News article published on Nov. 7, 1995, Stroh said during a preliminary hearing that his family was on vacation and had stopped for a few days in Mobridge when he, then 15, and his 16-year-old cousin encountered Rough Surface.

Stroh testified that he, Scherr and Rough Surface went with several teenage boys to a mobile home, but one apparently offended her and the gathering broke up.

Rough Surface rode with Scherr and Stroh. She then told the boys that she “knew some guy who would beat us up,” Stroh testified. According to his testimony, Rough Surface then hit Stroh, angering Scherr.

Scherr then stopped his pickup and told Stroh, “We’re going to do her,” Stroh testified. Scherr drove into a field where he raped Rough Surface before ordering Stroh to hold her down and rape her, too. Scherr then retrieved a gun from the pickup, walked up to the two and shot Rough Surface, first in the chest and then in the head. He then told Stroh to shoot her, too.

Stroh said he helped wrap a chain around the nude body and watched from the back of the truck as Scherr dragged the corpse to the river.

The loss of her grandmother has affected the relationship Mersedes Rough Surface has with her father, Homer Rough Surface, who was orphaned when his mother was killed when he was 2.

“I’ve wondered for the longest time how different my life could have been if (Scherr) hadn’t did what he did, and how much happier Homer could be if he had his mom with him,” Rough Surface said. “Most of the memories I have with Homer as a kid aren’t very good ones. As I stated in my letter, he wasn’t really around during my … childhood, and when he was present, half of the time he was drunk. Because he grew up without parents he never knew how to parent. We don’t talk much to this day, and when we do it’s mostly about my other siblings.”

Now her grandmother’s killer, Scherr, is about to be paroled, which doesn’t sit well with Rough Surface, who has gone as far as to write a letter to Scherr.

“If I’m completely honest, I have no idea why I wrote that letter to him. I guess there are many different reasons why, but I don’t think any of them will make sense to those looking in at my story,” Rough Surface said. “I guess I wanted Scherr to know he didn’t win — despite all he did to my grandma, she still lives on in people’s hearts. And even if I didn’t know her, I have a piece of her in my heart, too. She lives through me and all that knew her. It’s important to me that Scherr reads my letter because I need closure.”

The state Board of Pardons and Parolees granted parole to Scherr, 54, during a hearing on April 17, according to Stacey Cole, senior secretary of the board.

Cole said last week that Scherr would likely be released in the next three to four weeks once a parole plan has been created and approved.