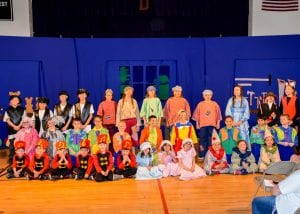 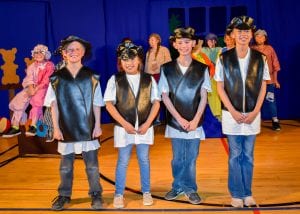 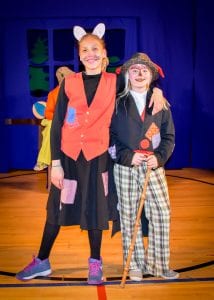 Kaelyn Ward-Martel and Trinity Leithauser casted the roles of the cat and the fox. Photo by Kathy Olsen 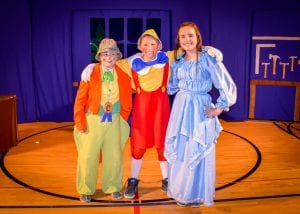 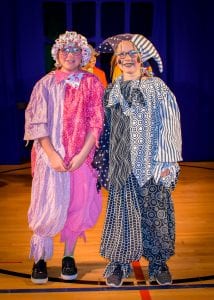 Puppets Sierra Feickert and Shaie Veit pose after the show. 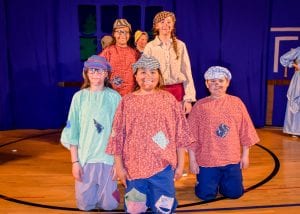 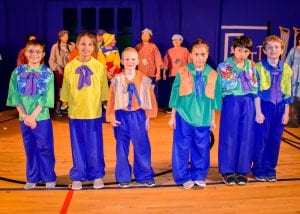