Matter: A poem by Dr. Robert A. Ryan 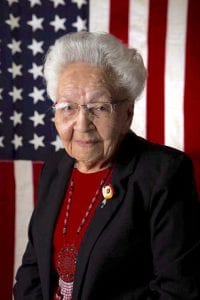 A note from Marcella LeBeau: I was gifted a book titled Unsettled Truths by U.S. Presidential candidate Mark Charles. My nephew, Dr. Robert A. Ryan read the book. After reading the book, he wrote some thoughts titled “MATTER”. I asked him if I could get it published and he agreed.

The book by Mark Charles tells of the horrific acts of Abraham Lincoln against Natives. We didn’t learn this history in the half day that we went to the Old Cheyenne Agency Boarding school. Is even taught today in the South Dakota schools?

Below is the poem written by Dr. Robert A. Ryan:

When they came ashore from far away

The land they saw was all that mattered

The People there were heathens all

And could be killed it did not matter.

Christian views were all that mattered

The king and pope both agreed

The land is ours to claim and settle

Those people there did not matter.

You see it was the papal bull decree

Take their land as far as you can see

People there you can enslave

Heathen people do not matter.

Doctrine fits when they arrived

They came with paper irony

We can own this land we see

It is occupied but does not matter.

They declare as Christian men

We have arrived now bow to me

As discoverers we own you now

Your life you have does not matter.

The People tried to save their lives

We believe that we have lived this long

What is heathen, brown lives I see

The pope and king say you do not matter.

So many came from across the sea

And established government to be

And needed land from sea to sea

Who lived there then did not matter.

People tried to stop the flow

We occupy this land you know

Not heathen nor invisible

Yet you say, we do not matter.

Let the supreme court of the land

You do not have and do not matter.

We stand and say we live here now

Culture, language define our cause

We will be here in strength aloud

We stand up proud because we matter.

We have a thought of those above

There was no heathen to be seen

We know this now and we matter.

Look around for thoughts that matter

Teach the ones that came ashore

So many years and yet they stayed

From the Editorial BoardFrom the Interim EditorPolitical Voices: Dedicated to service