Mass testing to be conducted at Medicine Wheel Village 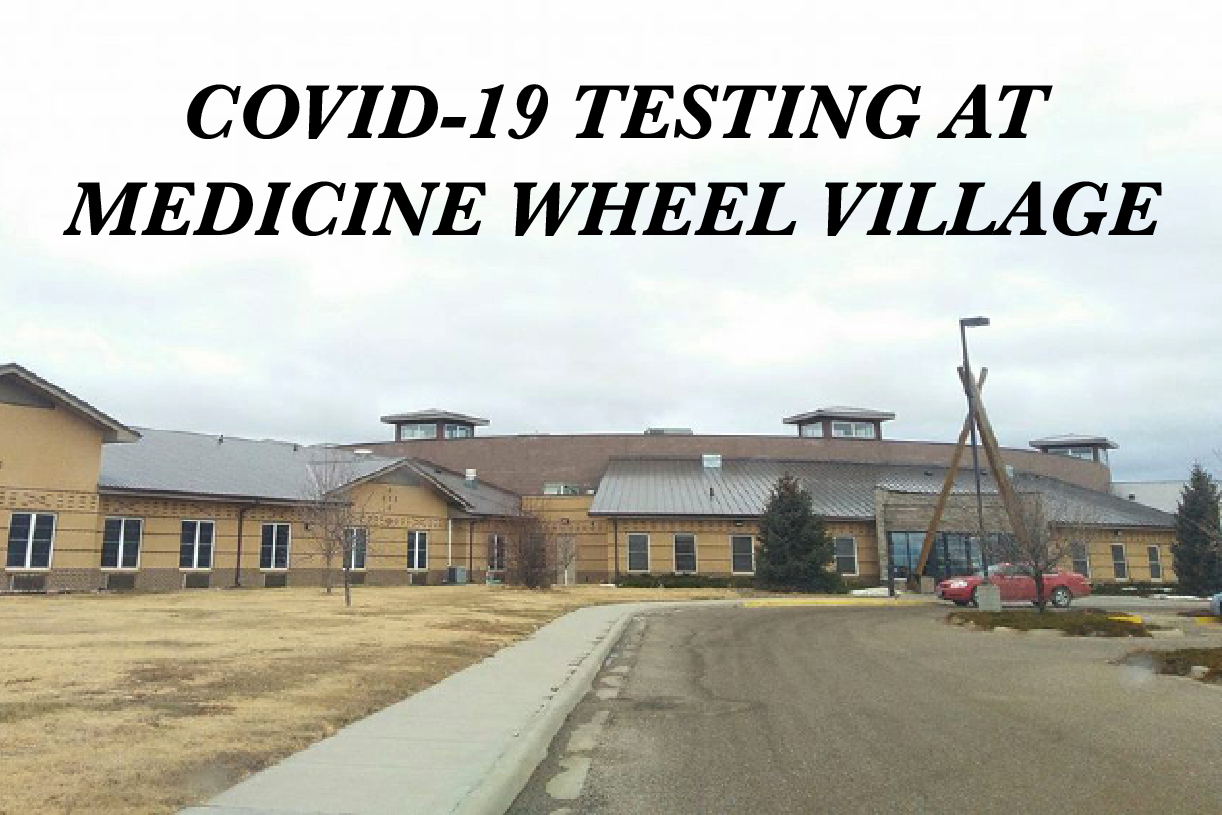 Medicine Wheel Village in Eagle Butte will be one of the facilities to receive mass testing for COVID-19 through the State of South Dakota. The facility has 24 nursing home residents, nine assisted living residents, and a staff of 69. All of them will be tested for the coronavirus.

Mass testing starts this week throughout the state for congregate living situations where there is already community spread. Those locations are Tier One of the testing program, according to the South Dakota Department of Health.

Medicine Wheel Village is Tier Two and will begin testing the week of May 25.

MWV Administrator Deb Arbogast says she hopes to get everyone testing in one day. She placed her order for testing supplies and PPE equipment with the State and has been in contact with Charles Fisher at IHS in Eagle Butte to coordinate testing. IHS staff will conduct the testing at MWV. The completed tests will be sent to a state lab for processing.

“The State will work with us to continue testing of residents and staff through random surveillance,” said Arbogast.

The facility does not currently have any confirmed cases of the virus and none of the residents or staff have any symptoms or respiratory illnesses. If an asymptomatic case is identified, that resident will go into 10-14 day isolation inside the nursing home and will be tended to by staff, said Arbogast.

The facility has been closed to visitors since March 10 and staff is screened every shift. The screening instrument is constantly updated to reflect CDC and CMS guidelines. Arbogast has ordered enough PPE from the State to support isolation should it be needed.

Because there are no positive cases at the facility right now, staff are following standard precautions for PPE and interaction with patients. Residents have been asked to wear a mask when they come out of their rooms.

Arbogast explained, “We do ask our residents to wear a mask when they come out of their room, but you sometimes have residents that have dementia and they don’t understand. So you do the best that you can with them. We do ask our staff, when they are out in the halls and caring, we have them wear a mask.”

Because community activities are cancelled, staff have taken to entertaining residents from the hallways. An impromptu group known as the Covid Crew sing and dance, getting residents up and moving. The performances are sometimes broadcast on Facebook live.

“They do it as a group. There’s four to six staff members. They find upbeat music, and they go up and down the hall and they dance…We have other nursing facilities and their staff members are like, ‘I wish we did that here.’ We look forward to [it]. Your residents look so happy,” said Arbogast.

South Dakota Secretary of Health Kim Malsam-Rysdon announced the mass testing effort on May 14, stating that 7,400 tests will be conducted the first week and 10,200 tests the second week.

“I want to remind people that mass testing is really point-in-time specific, but it can be a foundation for understanding where we might be seeing COVID cases, especially among people that aren’t showing symptoms. Following mass testing, we will be doing ongoing random testing to ensure that we are staying ahead of COVID, again focusing on vulnerable populations,” said Malsam-Rysdon.

She also commented that this is sentinel testing. Sentinel surveillance is random testing within the community to proactively identify infections. The intent is to identify the extent of the infections, but results depend on where you look.

The World Health Organization defines sentinel surveillance as a “system is used when high-quality data are needed about a particular disease that cannot be obtained through a passive system. Selected reporting units, with a high probability of seeing cases of the disease in question, good laboratory facilities and experienced well-qualified staff, identify and notify on certain diseases.”