Marcella LeBeau named among most influential Women of the Century 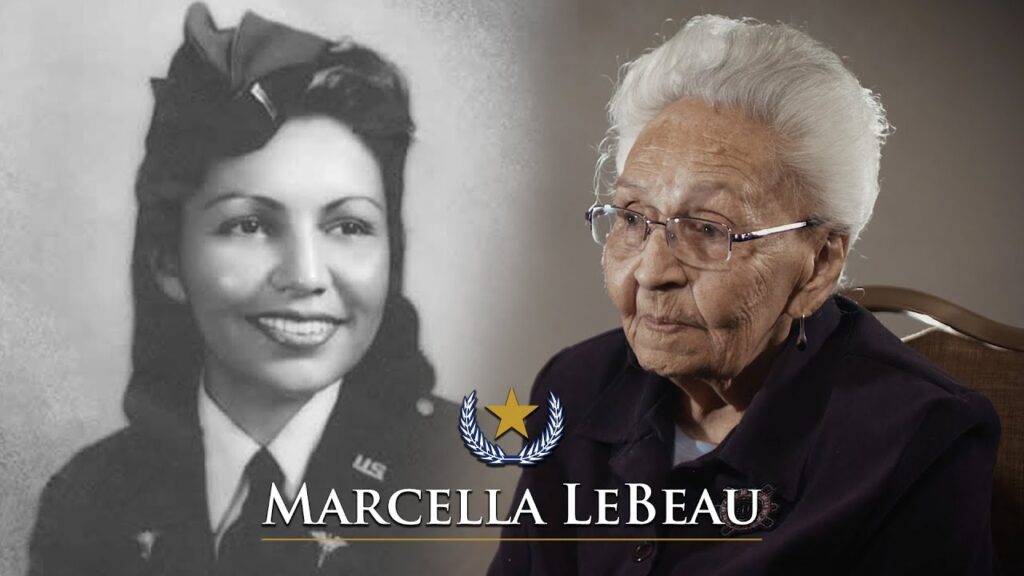 USA Today has named Marcella LeBeau one of the most influential Women of the Century. The publication giant is commemorating the 100th anniversary of the 19th Amendment, which gave women the legal right to vote, and named 10 women from all 50 states and the District of Columbia who have made significant contributions to their respective states and country.

LeBeau, whose Lakota name is Wignuke Waste Win (Pretty Rainbow Woman), is a member of the Cheyenne River Sioux Tribe (Two Kettle Band). She served in the U.S. Army Nurse Corps during WWII as a First Lieutenant, where she earned six medals. She was stationed with the 76th General Hospital Unit and provided care for those injured in the Normandy landings.

In 2004, LeBeau was awarded the French Legion Medal of Honor for her service and dedication during the Second World War.

After she returned to South Dakota, LeBeau worked as a nurse practitioner with the Indian Health Service for 31 years and served as the director of nursing at the IHS hospital in Eagle Butte.

LeBeau continued to influence policy outside of her nursing career as a founding member of the North American Indian Women’s Association and as member of the Cheyenne River Sioux Tribal Council from 1991 to 1995.

During her time as a council woman, she helped pass a smoke-free policy in tribal chambers and later influenced the tribe to become the first in South Dakota to pass a smoke-free-air act in 2015.

LeBeau was inducted into the South Dakota Hall of Fame in 2006 and received a lifetime achievement award from South Dakota State University. She received numerous awards for her dedication to health care in the state, and earned an honorary doctorate degree in public service from SDSU in 2018.

Most recently LeBeau helped introduce to Congress the Remove the Stain Act, legislation that would revoke the Congressional Medals of Honor given to soldiers who took part in the 1890 Wounded Knee Massacre.

In May, she wrote a compelling op-ed to Governor Noem in support of the Cheyenne River Sioux Tribal public health checkpoints.

“While the Governor says she is seeking to protect the liberty of people passing through Indian Country, our Tribal leaders are working to save the lives of the people who live here. As a retired World War II army nurse and former Indian Health Service Director of Nursing, I know how fragile and precious life is. Any effort we can make to save the life of others is key to all people, and prevention is our goal. The border stop is helping mitigate the spread,” wrote LeBeau.

Today the 100-year young matriarch, who regularly traveled to engagements, said she is staying safe at home during the pandemic. When West River Eagle broke news to her that she was being honored by USA Today, Marcella smiled and said, “Whoever thought a little girl from Promise would be honored this way.”

The respected elder shared that she is keeping herself busy with organizing and going through her documents at home, which has brought back many memories and has helped her to reconnect with friends and acquaintances.

The Indian Country icon admitted that she did not know she was being commemorated by USA Today and said that three people are currently writing her life story.

Marcella took a moment to share a special message with the youth.

“Having gone through the boarding school and not being taught my history, I would say to our young people, ‘Learn the true Indian history and to follow in the steps of our ancestors.’”

Upon being reminded that her 101st birthday is two months away, Marcella gently chuckled, “I’m doing pretty good for the shape I’m in.”