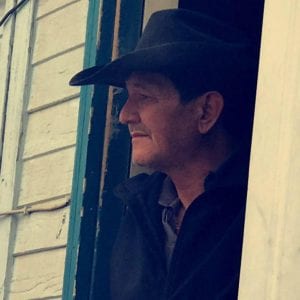 On November 2, cowboy Romey Gunville and a horse named Willie will be honored at this year’s Annual Casey Tibbs Tribute Dinner in at the Casey Tibbs Rodeo Center in Fort Pierre.

A press release from the rodeo center states, “Per Casey Tibbs’s wishes before he passed, the Casey Tibbs Foundation did not establish a Hall of Fame in his name; rather, the Casey Tibbs South Dakota Rodeo Center was established to honor the lives of Casey Tibbs and Mattie Newcombe, along with past and present rodeo cowgirls, cowboys, families, promoters, and livestock.

The Annual Casey Tibbs Tribute Dinner honors six individuals who have made an impact in the rodeo culture here in South Dakota. During this tribute, we reflect on the accomplishments of these honorees, along with the growth and love for this sport and way of life.”

Honorees will have their photos and biographies placed on the Wall of Fame at the rodeo center.

In an article on the KBHB Radio website, a biography of Gunville states: “During my high school years, my dad Elmer and I spent a lot of time on my Uncle Harlan’s ranch. That is where I first fell in love with bucking horses. My Uncle Harlan helped many young aspiring rodeo champions. In 1974, I was 14 and competed in Winner, SD at my first rodeo. Unfortunately, I got bucked off, I found that it would not be my first or last time that this would happen. I competed in the saddle bronc event all throughout high school. The year of 1978 would prove to be one of the best. I won South Dakota State Regional and went on to the Nationals High School Finals, where I was featured on Good Morning America. I was honored to ride a saddle bronc on national television, and also interviewed by Olympian Bruce Jenner. I filled my PRCA permit at two rodeos Rapid City and Canning. I hit the pro rodeo trail with my cousin Tater Ward, and won Amarillo in 1979. In 1980, I won year-end saddle bronc titles in both Indian Associations, Great Plains and Sioux Nation. I made it several times to the Dodge Circuit Finals, finally winning it in 1984. I won the Crow Fair title five times, CRST Fair title four times, Pine Ridge title three times; but could never win the title at Rosebud Fair. Made it to the Indian National Finals Rodeo several times. After a bad wreck on a bronc in Strasburg, I decided to retire in 1993. In keeping with rodeo, I worked as a Pickup Man for my Uncle Harlan and Gunville Rodeos for several years. I have assisted many young bronc riders throughout the years.  I enjoyed helping the young and upcoming who loved the sport of rodeo. In 2001, I came out of retirement to ride one last time for my mother, Phyllis Gunville. I won the Elmer Gunville Memorial Wild Ride. I am very proud to say that I’ve rode broncs in four decades, I still think I have one last ride in me. Today I am a retired rancher at home with my wife Joyce, spending time with my sons Dawson (LaRae), Dave, daughter Demi, and grandchildren. My sons and I still keeping the Mill Iron G ranch going.”

On the same website, information is shared about Willie:

Willie, a bay gelding owned by the Woodward family of Dupree, SD, is responsible for over $400,000 in earnings. Willie Cowan bought the gelding as a three-year-old off the race track, before sending him to Brian Fulton to train in steer wrestling. Willie was lent to Kody Woodward from Cowan as a sophomore in high school, and soon after his dad, Delbert, realized the family had to have him. Willie was rode by all three Woodward brothers, and during his last year, Brent Woodward won first on him at a high school rodeo in Rapid City. Though never known to be a “great horse,” it was said that Willie could make guys who didn’t bulldog look like they could. Among his greatest accomplishments, Willie helped Paul David Tierney, Trevor Brazile, and Jess Tierney to first place finishes in 2014, 2015, and 2016. Willie died in February of 2017 at the age of 22 from a brain tumor. He is buried on the Woodward’s place outside of Dupree and is remembered as part of the family.

33 positive cases on CRST: Chairman Frazier’s daily noon updatePotential COVID-19 Exposure at Sitting Bull Stampede.BREAKING: Over 50% of positive individuals on CRST are under the age of 18