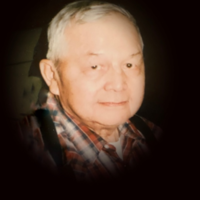 Lewis “Bumpy” White, 85, Mission, SD, died on Tuesday, January 14, 2020 at the Winner Regional Hospital in Winner, SD.  Funeral services will be held on Monday at 10:00 am at the Ralph Wells Jr. Memorial Complex in White Shield.  A wake service will be held on Sunday beginning at 5:00 pm at the complex.  A family gathering will be held at Thompson Funeral Home in Garrison from 2-4 on Sunday.  Burial will be held at St. Paul’s Episcopal Cemetery in rural White Shield.

Lewis “Bumpy” White beloved father, brother, uncle, grandfather, great-grandfather and friend made his peaceful journey into the spirit world on January 14, 2020 at the Winner Regional Hospital, in Winner, SD surrounded by his children and grandchildren. Lewis was 85 years old and born on May 24, 1934 at Elbowoods, ND to Eugene White Sr. and Anna Fliger. He was given his Arikara name, Lightning Runner by his grandmother, Rhoda White. He spent his younger years assisting his parents with farming, breaking horses and playing with childhood friends in the Nishu Bay area, where he grew up. Upon graduation from Elbowoods High School in May of 1950 he enlisted in the Navy at the age of 17. He served during the Korean Conflict on the U.S.S. Merrimack until his honorable discharge in 1954. He received the National Defense Ribbon during his time in the Navy. After his return to civilian life he worked on construction projects building dams and bridges in North and South Dakota. On July 19, 1951 he married Leota Perkins at Garrison, ND and later they had their marriage blessed in the Catholic Church in Pine Ridge, SD on April 2, 1962. John and Teresa Danks served as their witnesses during this special occasion and from this union, 7 children were born.

In 1960 he accepted a position as a patrol officer on the Pine Ridge Reservation in South Dakota and received his training at the Federal Law Enforcement Training Center at Chicago, Illinois. He worked in this position for eight years and was offered the position as Captain of Police for the Rosebud Bureau of Indian Affairs Agency in Rosebud, SD. During this period of his employment he was asked to serve as a police instructor with the Indian Law Enforcement Training Center, in Artesia, New Mexico. Lewis was promoted to the position of Criminal Investigator while working on the Pine Ridge Reservation. In 1974 he accepted the position of Chief Criminal Investigator on the Cheyenne River Reservation until his retirement on May 24, 1984. He worked in the field of government service for 30 years.

Lewis “Bumpy” White was a man of integrity and had great respect for people. He had a strong work ethic and was a devoted husband and father to his children. As his brothers and brothers-in-law passed on, he became a father-figure to many of his nieces and nephews giving them guidance and encouragement. Lewis made life-long friends and was well-respected and well-known in the law enforcement community.