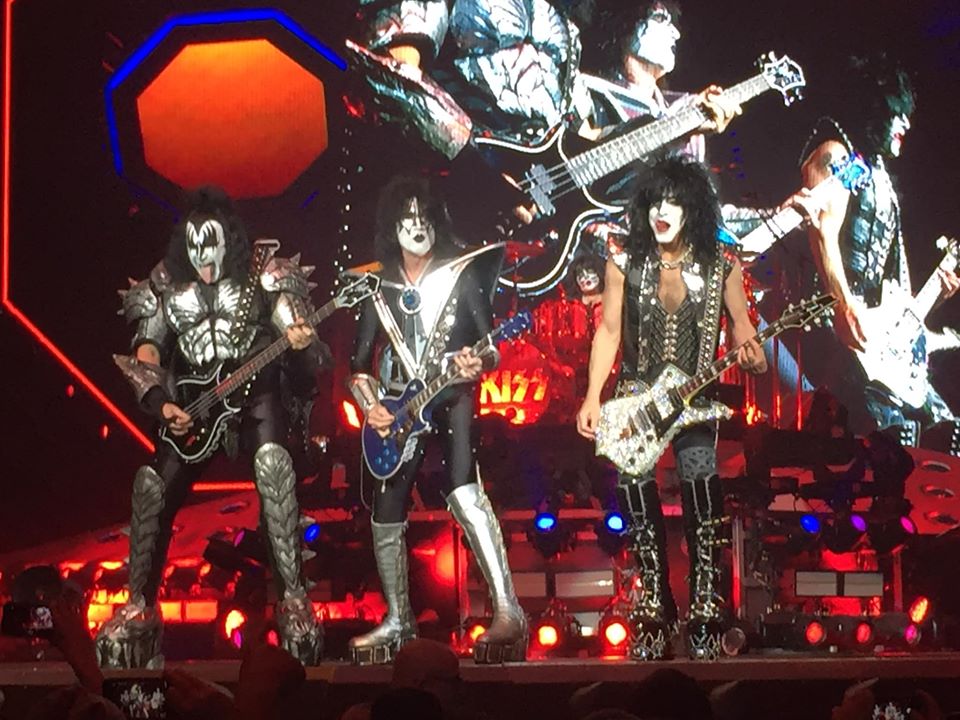 “You want the best! You got the best! The hottest band in the world….KISS!”

The iconic rock and roll band KISS is now on their farewell End of the Road World Tour, with concerts scheduled across the globe.

After a 40 years “As America’s #1 Gold Record Award winning group of all time”, KISS can easily be named one of rock’s most influential bands. The Rock N Roll Hall of Famers have released 44 albums, sold more than 100 million albums worldwide, and have performed record-breaking global tours.

On Friday, February 21, the band performed to a sold-out crowd at the Tyson Events Center in Sioux City, Iowa. Opening the concert was special guest David Lee Roth, of Van Halen fame, who kicked off the night with some of Van Halen’s biggest hits, including “You Really Got Me”, “Jamie’s Crying”, and “Jump”.

KISS kicked off the night with “Detroit Rock City” before launching into “Shout It Out Loud”, as fans sang each lyric, word-for-word. Lead vocalist Paul Stanley and bassist Gene Simmons wowed the crowd as they displayed moves that have thrilled fans for more than four decades.

Stanley is known for his wailing vocals, high-energy stage antics, and his appeal to female fans- and he did not disappoint on Friday night. The lead singer moved around the stage with 6-inch platform boots and buff biceps on full display.

70-year old Gene Simmons astonished with his skills on bass guitar, his famous tongue movements, and blood spitting during his solo. Did I mention he breathed fire on a sword before thrusting it into the stage? Yes, the packed arena went wild.

Lead guitarist Tommy Thayer also wowed the crowd not only with his dynamic riffs, but at the end of his solo during “Love Gun”, he shot rockets out of his guitar. That’s right, a rocket guitar that fired pyros into the air.

On drums was Eric Singer, who provided a fiery of drum solos, and he performed the band’s highest-charting single, “Beth”, while playing the piano. Fans slowly swayed while they sang along during the ballad.

The band also played some of their unique tracks such as “Tears Are Falling” and “Hide Your Heart”, which loyal KISS fans recognized.

Before singing one of their biggest hits, “I Was Made For Lovin’ You”, Stanley announced that he wanted to be closer to the fans, and within seconds, he zipped lined and flew over the crowd to be nearer be near the back rows.

The roar from the arena was thunderous.

Leading up to their finale, a blizzard of red and white confetti fell from the ceiling along with large balloons baring the KISS logo. Both Simmons and Thayer played on aerial platforms which moved around the arena, bringing the superstars closer to fans.

The KISS Army sang along with “Crazy Crazy Night” before the band flowed into their final song, “Rock and Roll All Nite”. Fans went into a frenzy as the group sang, “You keep on shoutin’, you keep on shoutin’– I wanna rock and roll all night and party every day!”

When the song ended, the lights turned on as the dynamic foursome centered themselves on stage and took one last bow.

There is rumor that the band will go on, without front men Stanley and Simmons.

In an interview with the Sioux City Journal, Stanley stated, “There was a time when people said, ‘KISS has to be the original four members.’ Well, those people are 50 percent wrong. And all of this is conjecture. I’m not walking away from what Gene and I have built over 45 years. I’m of the mindset that teams don’t fold because their star pitcher or star hitter is gone. There’s an amazing pool of talent out there. Can it continue? Absolutely.”

The End of the Road World Tour is scheduled to end in July 2021 with a final performance in New York City. 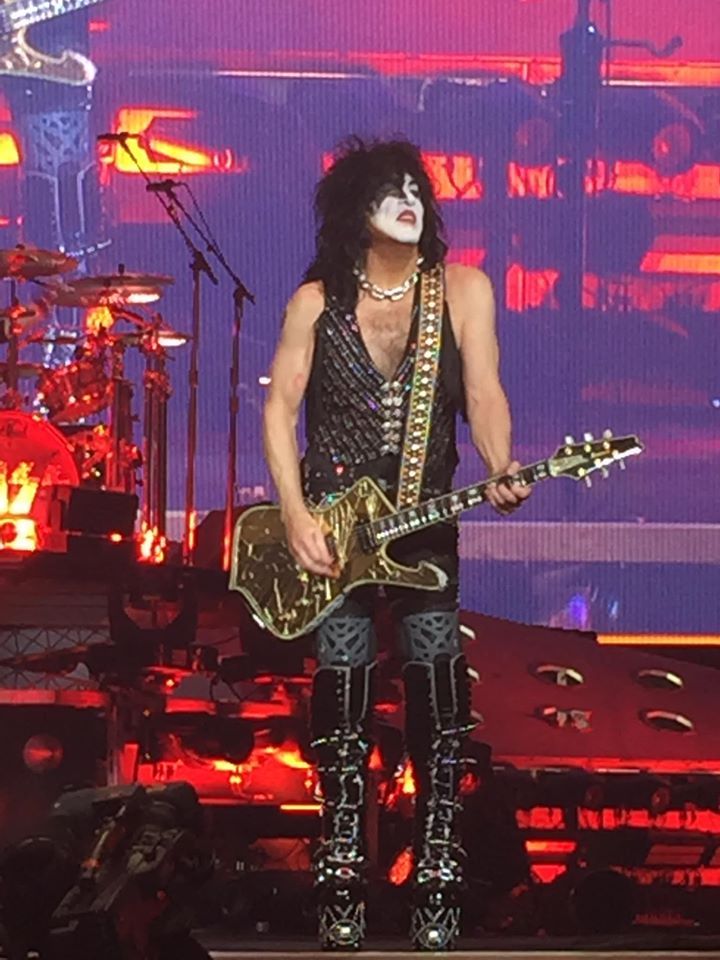