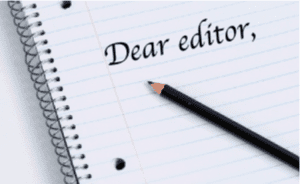 Recently the North Dakota Parole Board granted early releases to 56 inmates. This was done in an effort to facilitate resources in light of Coronavirus.  South Dakota, on the other hand, opted to grant no early releases.  The South Dakota approach to parole eligibility has been problematic for years, with a heavy burden on taxpayers.  In this year’s legislative session our legislature once again rejected the opportunity to address the inequities which exist.

South Dakota’s current incarceration rate is 880 persons out of each 100,000 residents.  This incarceration rate is one of the highest in the country and exceeds the national average of 716 per 100,000.  Our state prison population includes many inmates who are ineligible for parole despite the fact they may be elderly, disabled, physically unable to do harm, or substantially rehabilitated.  South Dakota’s anachronistic overcrowded prisons are a burden on our taxpayers.

Only 3 states in the U.S. follow this antiquated approach.  Senator Rusch attempted to address this unfairness through SB 138.  Senator Rusch’s bill was shot down under the rubric that “life means life,” and those serving life sentences should never be eligible for parole.  This opposition is unjustified.  Our criminal justice system should balance the principles of restraint (protection of society), rehabilitation (of the offender), and retribution (punishment).  Our current laws relating to parole eligibility provide a perpetual road block, and are seemingly premised only upon the justification of retribution.  It makes no sense to continue incarcerating a substantial number of inmates who pose no threat to society (no need for restraint), who have experienced substantial rehabilitation (living lives as model citizens in incarceration), and who have already served decades behind bars (punishment).

SB 138 would not have solved all the problems with South Dakota’s perpetual incarceration syndrome, but it was a step in the right direction. Our legislature was wrong to reject SB 138.

(My views do not represent the views of the Law School or of the University of South Dakota.)