Kind treatment and hospitality at Tiospaye Topa School: A reminder that we are all related 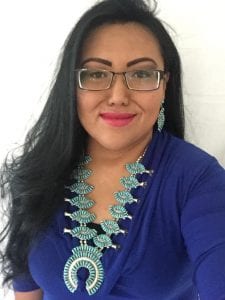 Since taking the reins as editor, I have made it my mission to cover as much as I can of the events that are happening on Cheyenne River. With a staff of four full-time employees and a handful of freelance writers and photographers, each week we strive to cover an area roughly the size of Connecticut. It is not an easy task, but we come together every week and strategize on how to do just that. One important way to bring coverage of the entire reservation is to spotlight school events.

As you know, schools are the heart of communities, where wakanyejas gather, interact, play and learn, and in turn, adults converge; as a result, an intricately woven blanket of trust, community and family is formed.

Last week, I experienced just how wonderfully this blanket can envelope even those who may not be involved in the daily circle of a school. On Thursday, October 17, Tiospaye Topa School held their homecoming and hosted both the McLaughlin Mustangs and the Takini Skyhawks.

My parents spent over a week with us, visiting from Arizona, and it was their last night before they had to make their road trip back to the Southwest. When I told them that I wanted to go to the game to take photos for a story this week, I assumed they wanted to stay home. I was wrong — they were excited and ready to cheer the students on.

We made our way to Tiospaye Topa School and saw both the Takini and McLaughlin buses parked outside, and this peaked our excitement- we were in for a night of volleyball action! My daughter remarked that it was her first time visiting the school and she was excited to see the Thunderhawk facilities.

When we entered the gym, a game was already in session, and we quickly scouted for the best seats for optimal pictures. Then, something unexpected occurred – we were greeted by Jeff Turning Heart, who was sitting near the gym entrance. Jeff shook our hands, thanked us for coming and said, “There is chili and frybread in the cafeteria. Come on, I’ll show you the way!”

And with that, my entire family was swooped away to the cafeteria, where Jeff promptly put on gloves and began piling food on trays. My parents looked at each other and said, “Wow, that is a lot of food!”

Jeff smiled and replied that visitors are important and thanked us again for coming. After eating the delicious meal, we headed back into the gym and enjoyed the games. My parents appreciated the hospitality and remarked that it was a great way to spend their last night in Lakota country.

Fast forward to Tuesday morning, an entire five days had passed and I needed to get information from Jeff about a story I was writing. When he called, I immediately went into my first question, a habit that is not always best practice. I asked my question and Jeff responded, “How are your parents doing? Did they enjoy their trip here?”

And just like that, my straight-to-the-point attitude disappeared and we began talking about the importance of family. Jeff said he enjoys meeting people from other tribal nations and commented about the Navajo people – he was knowledgeable and respectful.

I thanked him again for his wonderful hospitality during the game. After our conversation, I began to think about how our treatment of one another impacts us as a whole. This week, Jody Rust wrote about how quick judgment and criticism can be detrimental to progress, which is true. I also believe that how we treat one another plays a huge part in our overall health as a nation.

If everyone took time to shake hands and get to know one another, we would become much more connected and emotionally invested in each other — the foundations for trust, respect, empathy and teamwork to flourish.

It is time to get back to the basics where our neighbors, whether they are in the office, across the street, or at school, are not treated as strangers, but rather, as relatives, because in the end, we are all related. Mitakuye Oyasin.