Human remains may be those of missing man 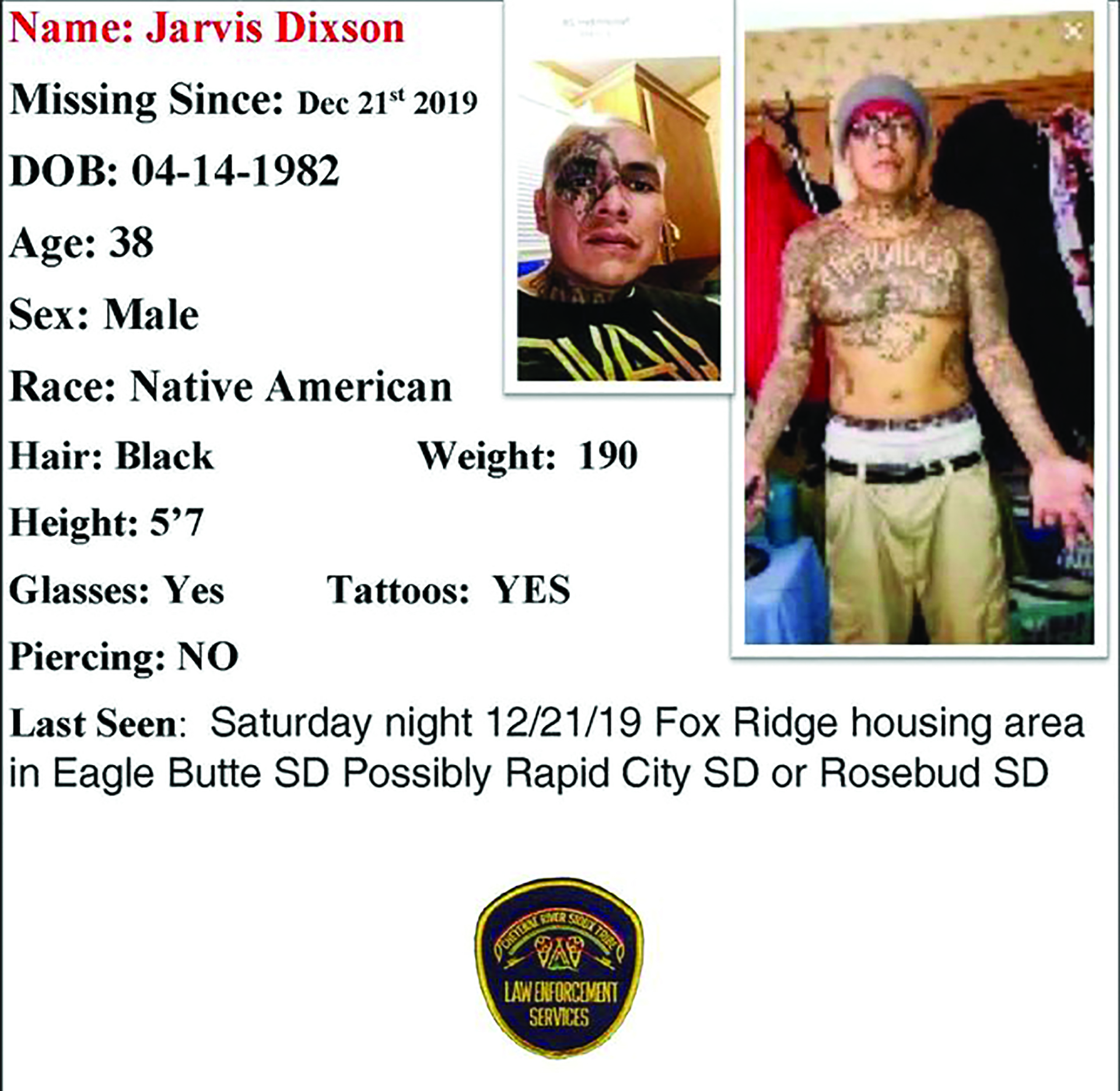 Human remains found on Aug. 26 in southeast Eagle Butte are believed to be those of a man who has been missing for nearly eight months, said Chuck LeCompte, Cheyenne River Sioux Tribe Chief of Police.

38-year old Jarvis Dixson, a citizen of the Navajo Nation, was last seen on the night of Dec. 21, near Fox Ridge Housing in Eagle Butte, according to a missing persons flyer from the tribal police department.

The investigation into Dixson’s case has been ongoing, said LeCompte, who shared that the search operations in December were hindered by severe snowstorms, blizzards, and below-freezing temperatures.

“We found bones, not all of them,” said the Chief of Police.

The remains were sent to the FBI and have not been positively identified, but clothing that was near the bones matched the description of those Dixson was last reportedly seen wearing, stated LeCompte.

It will take couple of weeks for the FBI lab to positively identify the remains, said LeCompte, who shared that Dixson’s family has been contacted about these latest developments.

The search for Dixson has spanned many hours these past few months, and included officials from different tribal departments, including CRST Game, Fish, and Parks.

“We appreciate everyone’s help and support thoughout all of this,” said LeCompte.

The investigation into Dixson’s case is ongoing and is being handled by both the tribal police department and FBI, according to LeCompte.

This story is developing and West River Eagle will report on new information as it becomes available.