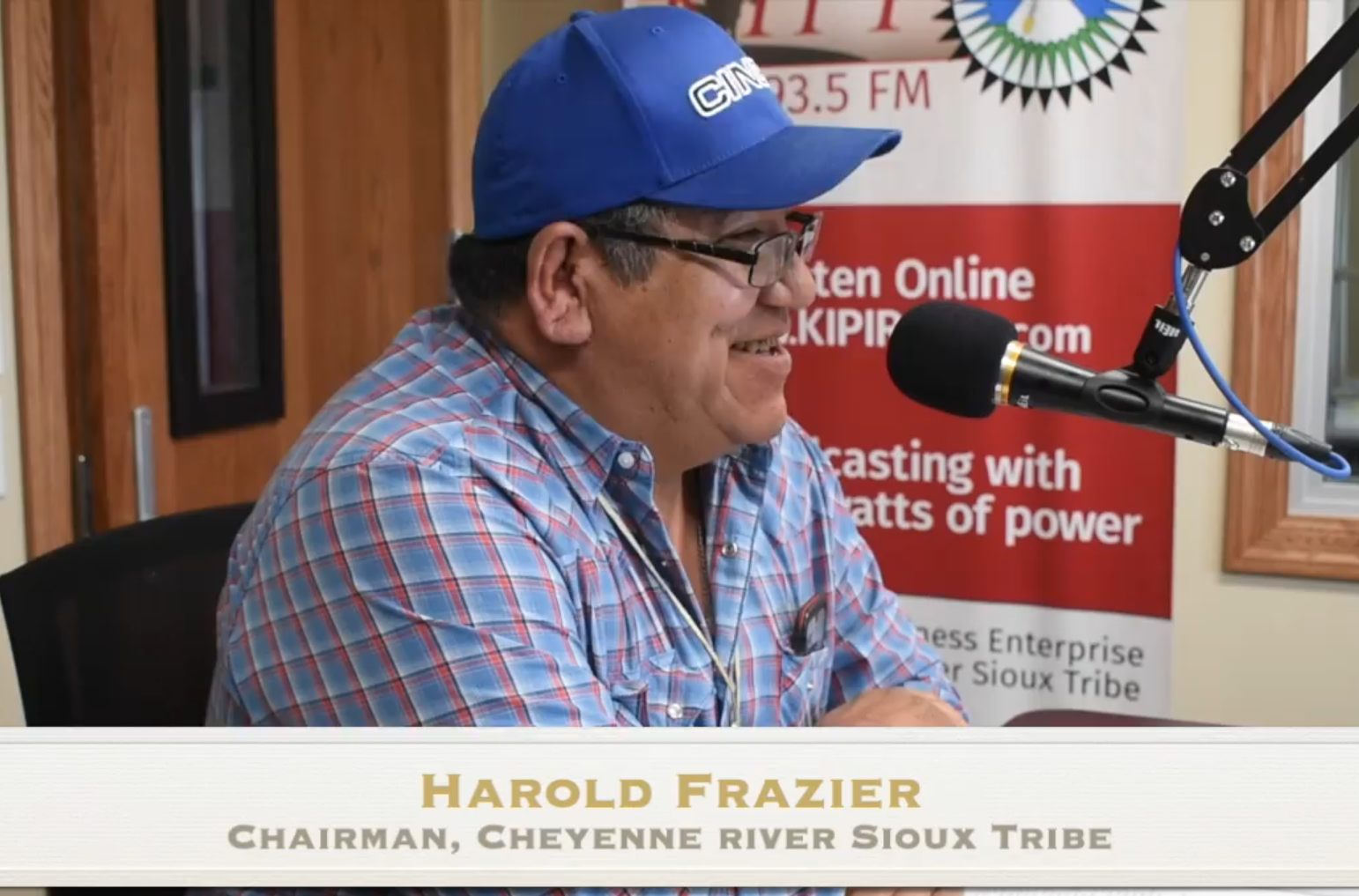 Cheyenne River Sioux Tribe Chairman Harold Frazier discussed a variety of topics during his radio address this afternoon. As he does daily, the tribal leader gave an update on testing at the Cheyenne River Health Center in Eagle Butte.

As of today, the Eagle Butte Service Unit has conducted 420 tests, with 1 positive case from last month. There are 739 test kits available, said Frazier.

The chairman reminded listeners that he and the CRST Tribal Council will meet with medical professionals tomorrow to determine if the Tribe will go back down to Level 2 of the COVID-19 Response Plan. Any changes would be announced shortly thereafter, he said.

Also, Medicine Wheel Village will be conducting mass testing at its facility tomorrow. The chairman said the CRST Tribal Health Department will work with the State of South Dakota to get all residents at the facility tested.

Frazier said the Tribe is very fortunate that so far there has only been one case of COVID-19 on the Cheyenne River Sioux Reservation, before sharing that other Tribal nations in the state are battling the highly-contagious virus, with some tribes working with a limited supply of test kits.

The chairman was asked what his opinion was of wearing face masks in public. Currently, there is no tribal mandate for people to wear the protective masks. Frazier responded that he believes that masks greatly reduce the rate of transmission and that a mandate may occur in the future.

The chairman also said he applauds North Dakota Governor Doug Burgum’s stance on face masks, saying, “He hit the nail on the head.” Last week, the governor fought back tears as he spoke about the importance of wearing masks in public and decried a “senseless dividing line” between over whether masks should be worn in public during the pandemic.

Chairman Frazier shared similar sentiments saying that face masks should not be used as a political accessory and should not viewed as such either- face masks saves lives, he said.

The tribal leader was asked if the public health checkpoints would evolve into tollbooths at some point in the future.

“No, that hasn’t been on our radar. The important thing right now is remaining focused on keeping up our health checkpoints, trying to keep everybody healthy, safe and trying to give the opportunity to live a long life,” said Chairman Frazier.