Handling cattle behavior: There is predictability 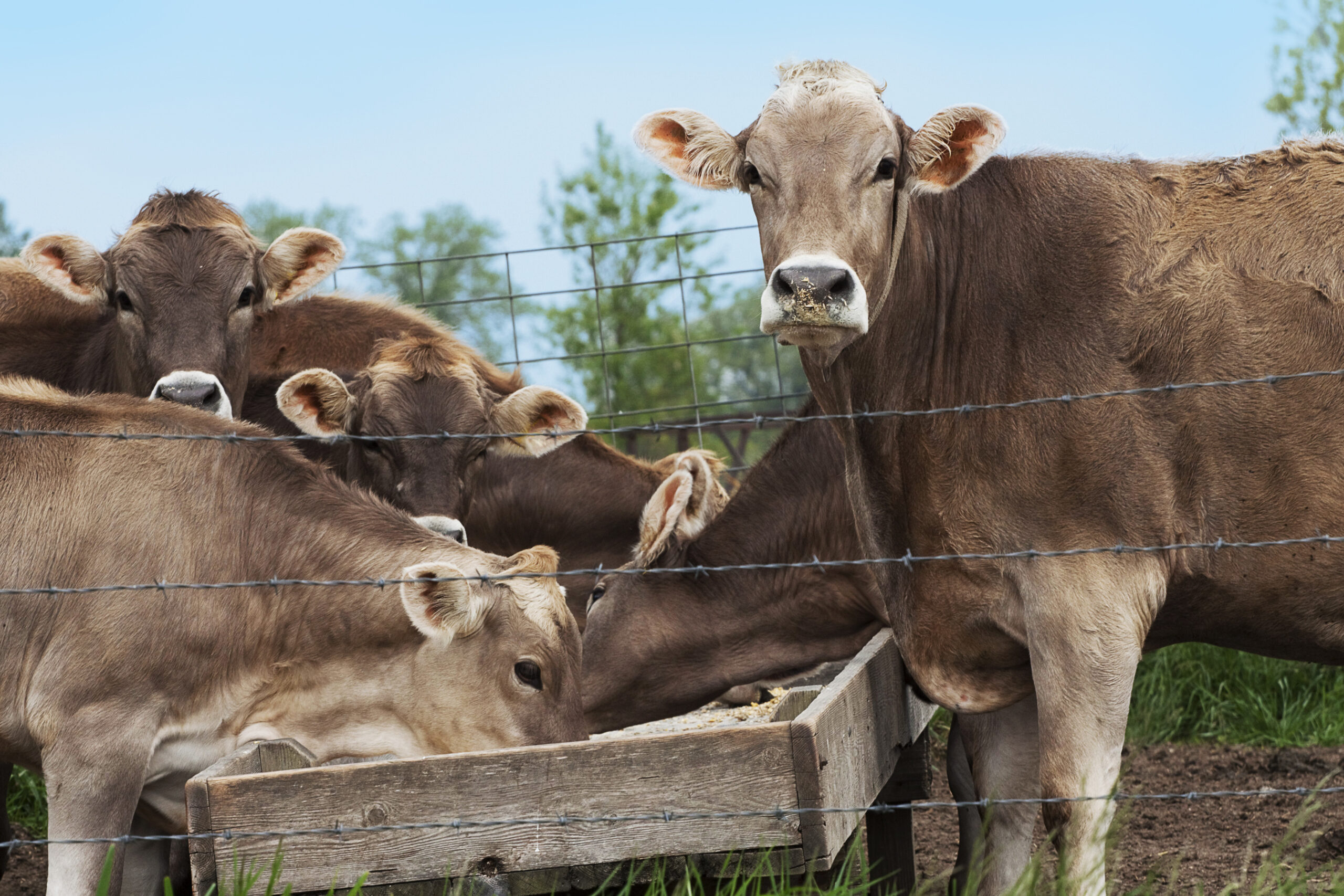 Appropriate livestock handling practices can benefit producers in regard to herd health, performance and meat quality. Understanding a few principles of cow behavior can also help create a much safer work environment.

Regardless of the techniques used to move or manage cattle, doing so in a calm patient manner is always most effective.

“Depending on a number of factors, including how much they’ve been handled and what kinds of negative handling experiences they’ve had, all cattle have different sized comfort zones.”

Calves raised in a large pasture with little or no interaction with humans will have much larger comfort zones than calves housed in a barn being handled on a daily basis.

Anytime something enters into that zone, the animal is going to either move away from it or come toward it to force the intrusion out of their comfort zone. The response of the cow/calf will be equal to the amount of pressure exhibited by the person coming toward them.

Small, slow movements more effectively apply pressure to an animal that needs to move because those kinds of actions aren’t usually perceived as threatening.

Among the reasons the point of balance is effective is the fact that cattle have an entirely different scope of vision than humans. They possess nearly 360-degree vision, which means that, at all times, cows can see all but one narrow blind spot directly behind them.

“Coming toward a cow in its blind spot automatically spooks them,” Eirich said. “If the pressure exerted is intense enough, the animal is likely to either kick, flee or both.”

Using the point of balance, combined with the comfort zone, makes handling cattle more effective whether handlers are on horseback, on foot or using a motorized vehicle.

Cattle in a single working alley often move forward without prodding when the handler walks along the alley past the point of balance in the opposite direction the animals are headed.

Cattle are also color blind. When they encounter either dark shadows or bright light, they don’t automatically have an accurate perception of what they’re seeing.

“If you’ve ever moved cattle across a highway that has a white line, the cattle will naturally stop when they reach that line,” Eirich says. “They can’t perceive whether it’s a fence, a ditch or something else that they should avoid.”

Covering the line with some familiar product, such as hay, will cause the cattle to easily cross the road without hesitation. They will no longer see the white line.

Because they’re color blind, cattle may hesitate when it comes to moving toward or through either a dark shadow or bright light. If this scenario can’t be avoided, patience and allowing the animals time to recognize what they perceive as an object is helpful in completing a necessary move.

“Due to the way their eyes are set in the side of their head, cattle have to lower their head to accurately perceive what’s in front of them,” Eirich says. “Their eyes don’t rotate down like ours do.”

Handling facilities should always be well maintained. However, facility design is secondary to proper handling techniques when handling cattle.

Whether a livestock facility features a tub and snake, Bub Box, combination of both or neither, proper handling practices will improve cattle movement.

“Never over-crowd your handling system,” Eirich says. “As much as possible, remove any distractions that cattle might see as they enter the facility.”

“Always allow the cattle’s natural instincts to work with you,” Eirich says. “Keep in mind that they don’t see things around them as you do. Whenever necessary, give them time to let their eyes adjust to what’s in front of them. As long as the handler remains calm and patient, the animal is going to mimic that behavior.”

If handlers are under stress, cattle will pick up on that agitated state. Maintaining a calm, patient approach will help ease the situation.

As with any habit, moving from an aggressive, intense approach to working with cattle to a more patient approach may require some time.

“Everyone involved in working with the cattle must use the same approach,” Eirich says. “If just one handler is working calmly and patiently and two others are yelling and prodding animals, the animals will still exhibit a stressed response.”

Over a period of time, if cattle have positive experiences during processing, moving, etc., they will become accustomed to the event and be far less stressed about being handled.

“No matter what kind of facilities you have, the handler makes the difference,” Eirich says.

Additional information about livestock management practices is available at www.bqa.com and bqa.unl.edu.

Funding for this educational article comes from the Central States Center for Agricultural Safety and Health and the University of Nebraska Medical Center.