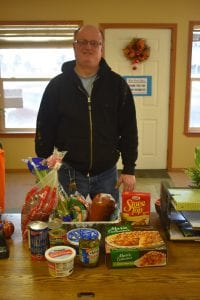 Dale Lesmeister was the winner of this year’s Ham Scramble contest. Dale correctly unscrambled all the words that were provided from our local sponsors. He took home the top prize of an entire ham dinner with all the fixings.